The chihuahua was crowned officially by Guinness World Records on March 16, 2022, when he turned 21 years and 66 days old.
By Darko Manevski May 4, 2022
Facebook
Twitter
Linkedin
Email 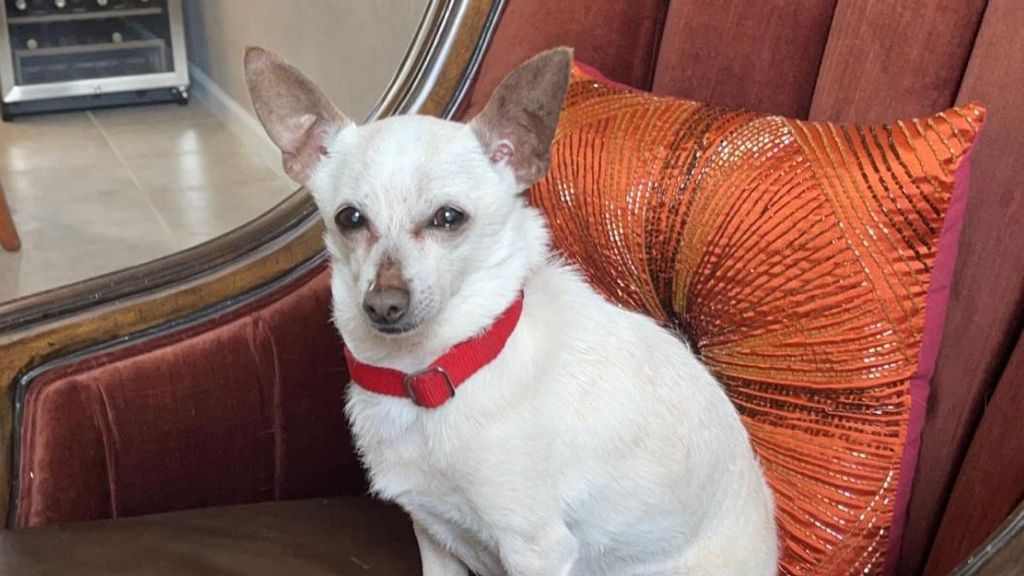 Toby Keith the 21 years old chihuahua is the oldest dog in the world. (Gisela Shore/Zenger)

A toy-sized pooch with a big attitude has emerged as the oldest living dog in the world.

Tiny TobyKeith was born on 9 January 2001 and three months later moved in with his current owner, Gisela Shore.

The chihuahua was crowned officially by Guinness World Records on March 16, 2022, when he turned 21 years and 66 days old.

Gisela – originally from California – regularly helps out in local animal shelters and lives with TobyKeith, other doggy pals and two parrots at her home in the suburb of Greenacres, which is in West Town Beach in Florida.

She said she had been helping out at an animal shelter when she first met TobyKeith after he was brought in by an OAP couple.

She said: “I adopted him when he was three months old. I was volunteering at Peggy Adams animal shelter and a couple came in, an elderly couple, and they couldn’t take care of this puppy.

“So I went to this woman’s house and I tried to convince her to keep the puppy, but she wasn’t in good health and insisted that she couldn’t look after him.

She went on: “When TobyKeith turned 20 over a year ago, I thought oh my goodness how amazing, and I Googled the oldest dog, and it was another Chihuahua, named Megabyte, but Megabyte had passed away.

“So I went on Guinness world records website, and I read that if you want to break a record had to fill out an application.

“So I filled out the application, it was a six-month process, then they were investigating.

“I had to provide medical records, vaccine records, pictures throughout the years and I also had to, since he was going to be the world’s oldest living dog, get a newspaper with the date, and take a video of him with the newspaper to prove to them that he was still alive. That took six months.”

Gisela, who works in sales, said the secret of keeping animals alive and happy for so long was to treat them with respect like they are part of the family.

She said: “I have always loved animals since I was a baby.

“When I moved to Florida I started volunteering at our local animal shelter.

“I did that for 20 plus years. I’ve been very lucky with all animals.

“I homed 15 dogs and I fostered 150 dogs. They come to my house and I take care of them for two or three months and I find them homes.

“Many of my dogs have lived to be 16 years old. I always tell people that these little animals – you need to treat them like members of the family.

“I treat them like they were my children. I’m careful with their food and take them outside for fresh air regularly.”

Asked if he was enjoying old age, she said he certainly seem to be although he slept a lot.

But he doesn’t have any health issues and is always a joy to have around, even if he does leave quite a lot of hair around.