The tanks - apparently caught napping in an open field - are seen being blown to pieces by the assault.
By William McGee May 4, 2022
Facebook
Twitter
Linkedin
Email 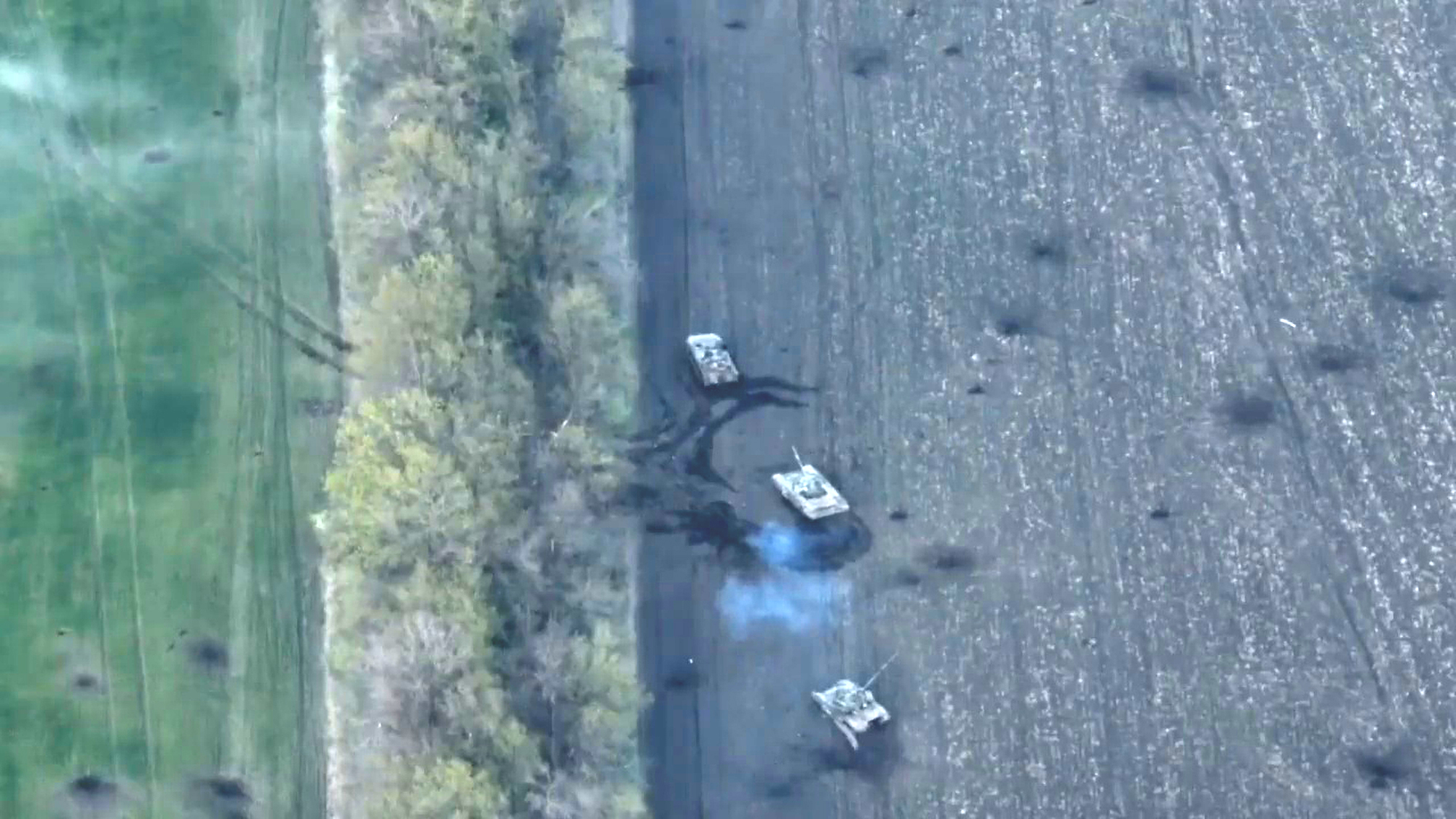 Two tanks and one infantry fighting vehicle were accurately and quickly destroyed by artillerymen of the Armed Forces of Ukraine in May 2022. (@dshv25opdbr/Zenger)

A precision artillery attack on Russian armor saw tanks reportedly being picked off one by one.

The tanks – apparently caught napping in an open field – are seen being blown to pieces by the assault.

Plumes of smoke are seen pouring from the wrecked vehicles, according to a video of the strike obtained by Zenger News from the 25th Airborne Brigade earlier today (Tuesday, 3rd May).

The 25th Airborne Brigade – an airborne formation of the Ukrainian Air Assault Forces – said: “The enemy will not hide from the Sicheslav ‘gods of war’!

“Death to the Russian occupiers!

Two tanks and one infantry fighting vehicle were destroyed in the artillery strikes.

The 25th Airborne Brigade – which is normally garrisoned in Hvardiiske, in Ukraine’s east-central Dnipropetrovsk Oblast (also known as Sicheslav Oblast) – did not specify where in the country the strikes took place.

In recent developments, UK Prime Minister Boris Johnson will describe the resistance to the Russian invasion as Ukraine’s “finest hour” when he addresses the country’s parliament virtually later today.

He will also talk about GBP 300 million in additional military support – including electronic warfare equipment – from the United Kingdom for Ukraine.

The United Nations and the Red Cross are hoping to oversee further evacuations of civilians from the Azovstal metallurgical plant in besieged Mariupol today, following the previous rescue of over 100 people.

Over 200 civilians are still holed up in the steelworks, Mariupol mayor Vadym Boychenko has said, along with a rump of soldiers, who say the Russians are pounding the plant using warplanes, tanks and warship missiles.

Lavrov had told the Italian TV program Zona Bianca on Sunday: “I could be wrong, but Hitler also had Jewish blood. [That Zelensky is Jewish] means absolutely nothing. Wise Jewish people say that the most ardent anti-Semites are usually Jews.”

The Kremlin initially said the aim of its “special military operation” was to “demilitarise and denazify” Ukraine. It now says the aim of the operation is to “protect Donbass”.

Meanwhile, Zelenskyy said a boy aged 14 was killed in a Russian missile strike in Odesa on Monday.

And member states of the European Union remain divided on how swiftly they can diminish dependence on Russian gas and oil.

The Russian invasion of Ukraine is now in its 69th day.