Zenger News obtained the footage from the 30th Independent Mechanised Brigade on Monday, 2nd May.
By William McGee May 4, 2022
Facebook
Twitter
Linkedin
Email 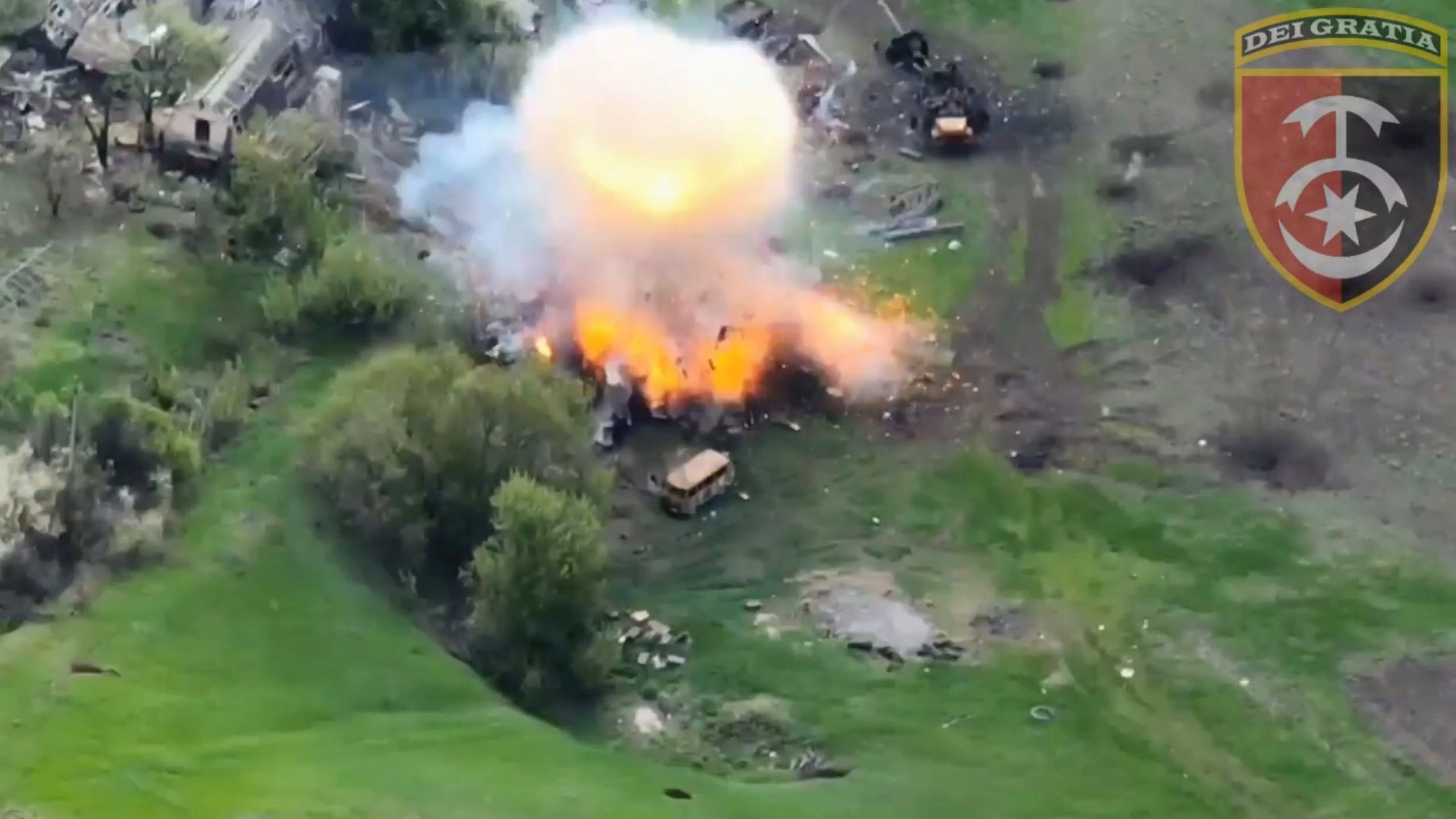 Armed Forces of Ukraine destroyed the location of ammunition of the Russian military in May 2022. (@30brigade/Zenger)

Zenger News obtained the footage from the 30th Independent Mechanised Brigade – a formation of the Ukrainian Ground Forces – yesterday (Monday, 2nd May).

“This is the skillful use of mortars which, by the way, have only recently joined the ranks of the brigade.

“Now the ‘uninvited guests’ will have less ammunition to fire on the Ukrainian military.

“This is how the BK of the occupiers burns so enchantingly and brightly – further on in the video.

“Glory to the Nation [of Ukraine].”

A second aerial video obtained by Zenger News from the brigade today shows Russian equipment being blown up in balls of smoke.

The brigade said: “We don’t know if you have had any good news this morning. So, let’s start with some: Our military destroyed several units of Russian equipment.

“Everything will be Ukrainian again.”

And a third piece of footage obtained by Zenger News from the brigade yesterday shows a Russian tank trying to go unnoticed in an area of woodland, but still being picked off in a fiery strike.

The brigade said: “Incompetent racists live by the following principle: ‘if you want no one to find you, put yourself in a prominent place’.

“So they position the tank and infantry fighting vehicles in such a way that it becomes convenient for tankers and artillerymen of the brigade to get to them.”

The 30th Independent Mechanised Brigade did not say where in Ukraine the strikes took place.

In recent developments, UK Prime Minister Boris Johnson will describe the resistance to the Russian invasion as Ukraine’s “finest hour” when he addresses the country’s parliament virtually later today.

He will also talk about GBP 300 million in additional military support – including electronic warfare equipment – from the United Kingdom for Ukraine.

The United Nations and the Red Cross are hoping to oversee further evacuations of civilians from the Azovstal metallurgical plant in besieged Mariupol today, following the previous rescue of over 100 people.

The last remaining Ukrainian soldiers holed up the steelworks say the Russians are pounding the plant using warplanes, tanks and warship missiles.

Lavrov had told the Italian TV program Zona Bianca on Sunday: “I could be wrong, but Hitler also had Jewish blood. [That Zelensky is Jewish] means absolutely nothing. Wise Jewish people say that the most ardent anti-Semites are usually Jews.”

Meanwhile, Zelenskyy said a boy aged 14 was killed in a Russian missile strike in Odesa on Monday.

And member states of the European Union remain divided on how swiftly they can diminish dependence on Russian gas and oil.

The invasion is now in its 69th day.