Bombs are seen exploding on two buildings on a large property before half a dozen Russian soldiers are seen fleeing the area.
By Lee Bullen May 4, 2022
Facebook
Twitter
Linkedin
Email 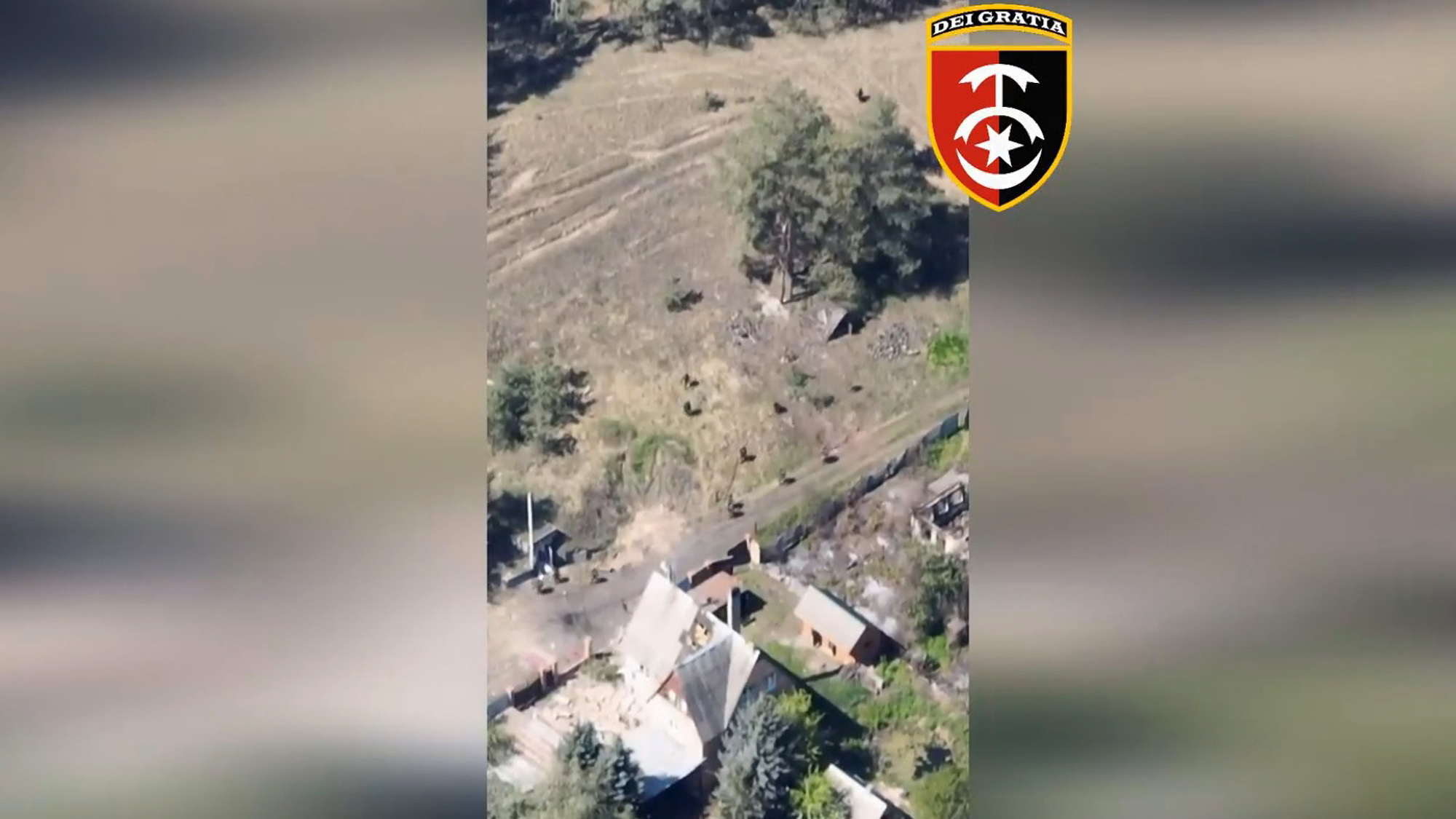 Russian soldiers began to flee quickly as they were attacked by the Ukrainian Armed Forces in May 2022. (@30brigade/Zenger)

This is the moment Ukrainian soldiers bomb a Russian base and send enemy soldiers running for their lives.

The 30th Mechanized Brigade, named after Prince Konstanty Ostrogski, a formation of the Ukrainian Ground Forces, said they need to keep the Russian invaders in a constant state of fear to eventually claim victory in the conflict.

The Ukrainian brigade said on 4th May: “The enemy should be kept in constant fear. For the very fact that they set foot on Ukrainian soil – to hit them hard so that they are bewildered by the very thought of Ukraine! Make it clear who is the master here! Chase the pigs away without a chance of living their worthless lives!”

The Centre for Strategic Communications of the Armed Forces of Ukraine (AFU) also shared the footage with the message: “Make it clear who is the master here! Chase the Russian military away without a chance of living their insignificant lives! This is what soldiers of the 30th Mechanized Brigade, named after Prince Konstanty Ostrogski, did.”

In the footage, bombs are seen exploding on two buildings on a large property before half a dozen Russian soldiers are seen fleeing the area.

The troops then apparently enter another nearby building that is bombed by the defending forces, sending the soldiers scurrying for shelter again.