Russia's invasion of Ukraine began on February 24th, in what the Kremlin called a "special military operation".
By James King May 4, 2022
Facebook
Twitter
Linkedin
Email 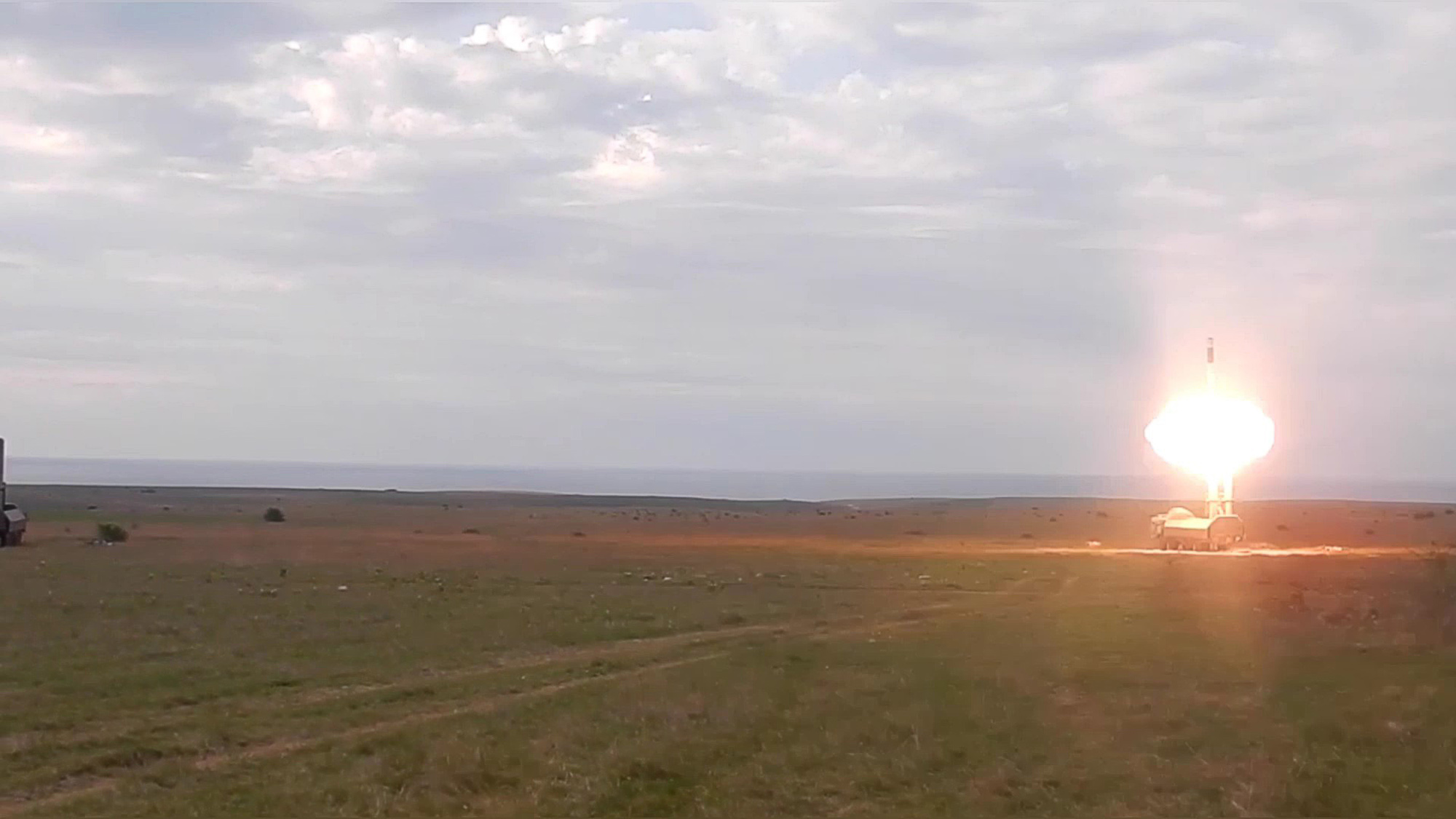 An attack on infrastructure facilities of the Armed Forces of Ukraine with Onyx missiles by the Russian Army, in May, 2022. (Ministry of Defence of the Russian Federation/Zenger)

This is the moment Russian rocket troops sent a flurry of Oniks missiles into the sky from a coastal combat position.

The Russian military said the P-800 Oniks cruise missiles were launched to attack Ukrainian facilities as the invasion enters its 69th day. Russia has previously used these supersonic missiles in rebel-held areas in Syria back in 2016. The missiles, which were originally designed as anti-ship cruise missiles, can also now be launched from the ground. These powerful missiles can travel more than 180 miles.

The Russian Ministry of Defence said on May 3rd: “Attack on infrastructure facilities of the Armed Forces of Ukraine with Onyx missiles.”

In the footage, several mobile rocket launchers are seen positioned on the coast as three missiles are fired into the sky before disappearing across the sea.

Kremlin officials do not, however, say what the targets were or if the attack was successful.

On Sunday, Russia’s Defence Ministry also claimed that Russia had struck at Ukrainian weapons, supplied by the U.S. and European countries. He also said they were able to destroy a Ukrainian runway at a military airfield near Odesa, a city in the southern part of the country.

Russia’s invasion of Ukraine began on February 24th, in what the Kremlin called a “special military operation”. Today marks the 69th day of that invasion.

From February 24th to May 3rd, the total combat losses of Russian troops stand at around 24,200 personnel, according to the General Staff of the Armed Forces of Ukraine.

Civilian casualties in Ukraine have surpassed three thousand, according to new information from the United Nations Office of Human Rights. However, the organization says that total amount of civilian deaths is likely higher as it is difficult to access current information or corroborate numbers. They added that most of the deaths were caused by explosive weapons and shelling, which can reach large swaths of a particular area or city.

Meanwhile, a host of international organizations have banned Russia from taking part in sporting and cultural events, such as this year’s FIFA World Cup in Qatar, in response to the country’s invasion.