Dr Valentina Erastova, 34, was born in Moscow but has lived in the UK since the age of 16.
By Anamarija Brnjarchevska May 4, 2022
Facebook
Twitter
Linkedin
Email 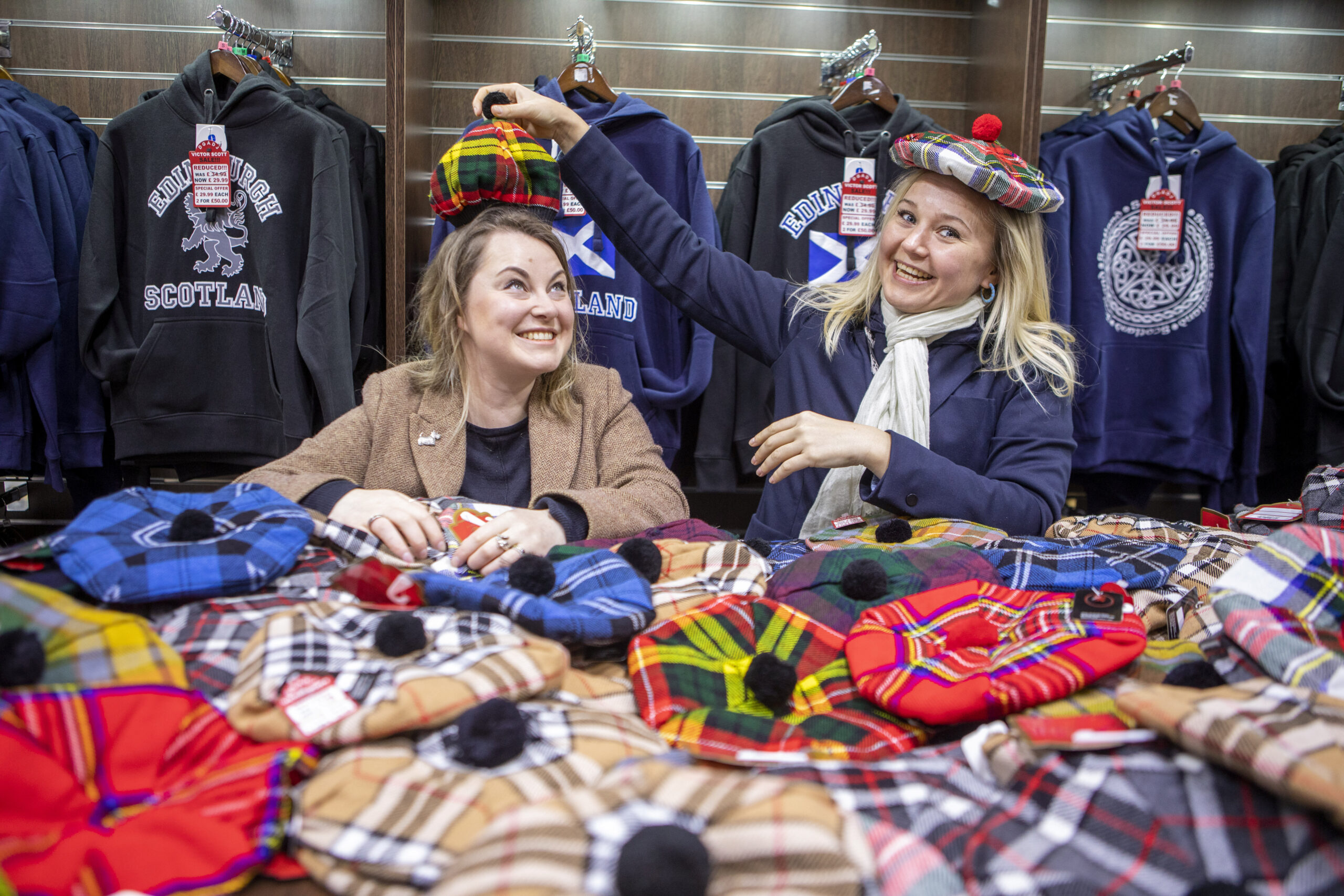 A Russian scientist who welcomed a Ukrainian engineer into her home told how the women have become good friends since they found each other on Facebook. (Katielee Arrowsmith SWNS/Zenger)

A Russian scientist who welcomed a Ukrainian engineer into her home told how the women have become good friends since they found each other on Facebook.

Dr Valentina Erastova, 34, was born in Moscow but has lived in the UK since the age of 16 and teaches Chemistry at the University of Edinburgh.

When the Homes for Ukraine scheme opened, she was determined to do all she could to help people fleeing the war-torn country.

She is now sharing her two-bedroom flat in Edinburgh with Ukrainian engineer Kristina Bondar, 32, who arrived on Saturday after flying in from Sao Paulo, where she has worked since 2017.

The women converse in Russian and are looking forward to Kristina’s sister, Marina, 34, arriving in Edinburgh next week after finding a sponsor through Homes for Ukraine.

They laughed and chatted as they discussed their new life together, and are looking forward to time to chill out as well as getting through an itinerary that includes jobhunting for Kristina, whose firm has been put on ice since the war broke out.

On bank holiday Monday, they went to Grassmarket for the first time to look at the shops, while on Sunday they had a tour of Edinburgh – and Kristina said she was overwhelmed by the support and sympathy of British people.

Kristina arrived on Saturday after a mammoth journey which went from Sao Paolo to Dohar, Qatar, on to Budapest, and finally to Edinburgh where she has a single bed in a small tenement flat.

She described her new life as “wonderful” and like something from a movie, and the women enjoyed dressing up in tartan hats as they browsed tourist shops, and are getting to know each other in the evenings as Valentina does not have a TV.

“People hear so much bad stuff about Homes for Ukraine but we didn’t have a bad experience of it.

“Ukrainians don’t want to feel like refugees, they want to be part of society.

“I’m so grateful to the UK and to my lovely Valentina, all this help and support and understanding.

“I finally feel safe and it’s great that people understand what’s happening there.”

“When the Homes for Ukraine scheme opened I felt I needed to offer.

“I’ve never lived with anyone, I wrote a Facebook post on a page called Sunflower Sisters which is for women, and Kristina replied instantaneously.

In her old life, Kristina had a high-flying job as a project manager working for a company which made tiny houses mostly sold to the U.S market, which were built outside Kyiv and shipped from Odesa to the States.

She hopes to be a part of the process of rebuilding Ukraine and was the only woman working in a company with 20 male colleagues, who are now needed in the army.

Her parents are still in Kyiv where they are taking care of her disabled gran – and Kristina contemplated returning to her apartment in early March, when she had been due to go back but was told to scrap the idea by her family as it was too dangerous.

Valentina worried that speaking Russian to her new flatmate could be offensive, but Kristina has no issues with it.

Her own parents are in Moscow where her dad has worked as a filmmaker including for the BBC, and Valentina said both women were born in the same country – the USSR.

Valentina said: “In the 90s in Russia, everyone was equally poor but people were ambitious – then we got Putin.

“We are all sitting here hoping Ukraine will win, but people in Russia are setting their businesses on fire due to sanctions.

“Putin doesn’t care about people, if he did he wouldn’t be sending an army literally to die without any provisions.

“The majority of soldiers killed are aged 20 and from the poorest regions, they don’t know what it is to go to the army – this has happened for 20 years.”

Both women were proud of the resistance shown by some Russians who crossed into Georgia on foot to fight for Ukraine.

Valentina said: “Georgians do not hate Russians, they hate the regime – some Russians crossed on foot into Georgia to join Ukrainian forces.”

Kristina added: “In Ukraine, the most important thing is to respect law, democracy, and freedom.

“BoJo has been very supportive and made an example, I feel the UK was the first to start sending military equipment in.

“It was two days’ traveling to get here and I was really exhausted, but I’m so happy to be in a safe place.

“When I stepped out the airplane and was breathing fresh air it was amazing, you can really feel the atmosphere here.”