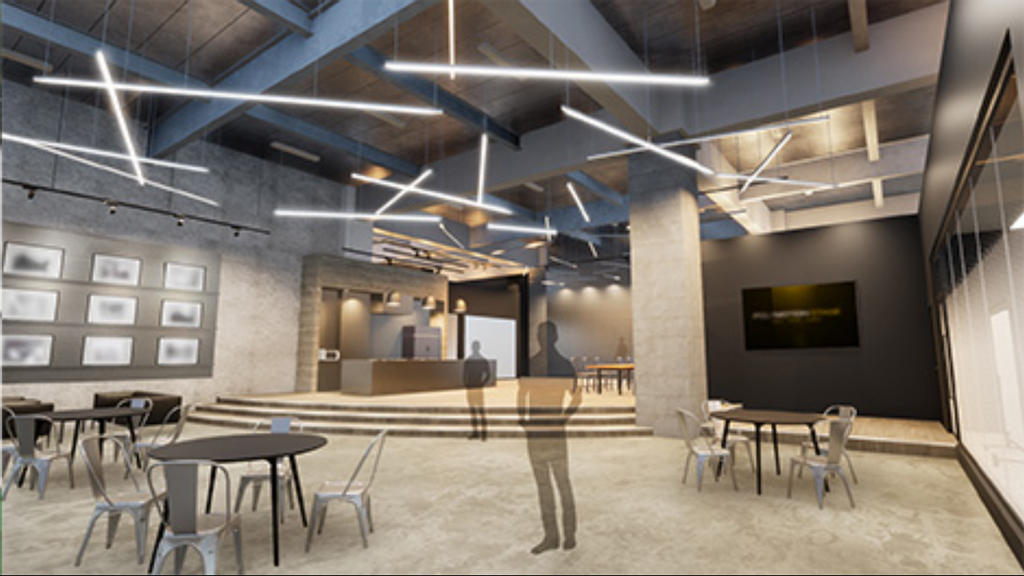 An artist's depiction of the lobby of Nikon's planned video-production facility at Heiwajima, Tokyo, which is expected to open in fall 2022. (Nikon/Zenger)

The launch of Nikon Creates is a significant sign that Nikon is embracing video-content development on a corporate level. The new unit, which began operations on April 1, will use the company’s high-end production technologies to create high-quality 3D data output.

Nikon’s new sub-business will be housed in a video-production facility in Heiwajima, Ota-ku, Tokyo, moving from its current location at the company’s Sagamihara plant. Scheduled to open in the fall of 2022, the new facility will be outfitted with cutting-edge technology. Nikon said this facility will provide customers with a range of video-production options by enabling the creation and delivery of 3D data movies, also called volumetric videos, as well as virtual-reality productions.

The new production center will be capable of capturing and synthesizing the movement of individuals against a backdrop using computer graphics and either a huge monitor or green screen.

“By bringing image goods to market and creating spaces and chances for artists to use their imagination and creativity, Nikon has aided in the development of imaging culture,” the firm said.

“Now, by using cutting-edge image technology for content production, Nikon Creates will collaborate with content producers to develop new video expressions. Nikon’s goal is to create new image value in a variety of industries, including entertainment and advertising, while also contributing to the further growth of imaging culture.”

Microsoft’s MRCS is a platform that was announced with Windows 10. It enables interaction through augmented reality or virtual reality. The Mixed Reality Portal has undergone three revisions so far, with the most current being released in October 2021.

MRCS takes holographic movies — that is, dynamic 3D captures of people and performances — that may be displayed in 3D, 2D or virtual reality.

Apart from its latest agreement with its Japanese partner, Microsoft has partnered with five other studios across the world to use its platform. The studio in San Francisco is the company’s main partner and the first to be licensed. The others are located in Washington D.C., Los Angeles, London and Seoul.

Each studio offers clients the ability to plan a shoot, capture it, get assistance with post-production and deliver a finished product. MRCS offers plugins for Unity, Epic Unreal Engine and iPhone/Android (ARKit/ARCore) that can be leveraged to ensure content will work on a variety of platforms.