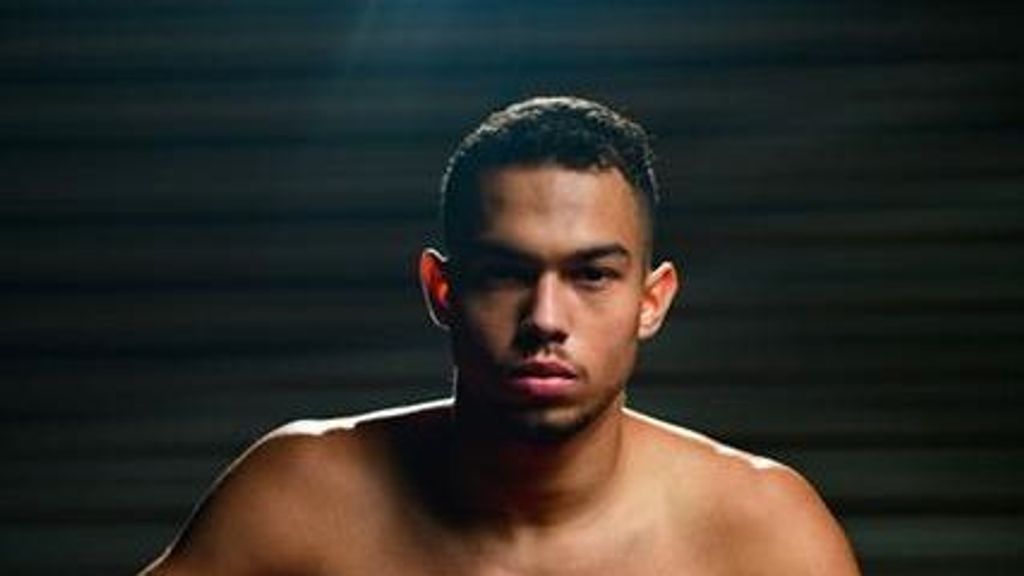 POMONA, Calif. — Although the art of boxing is highly respected by many sports enthusiasts, any fan or spectator of the sport would likely be lying if they didn’t admit that they appreciate a great knockout more than an artistic chess match. Enter Pomona, California’s Ernesto “Tito” Mercado.

After amassing an amateur record of 280-11, Mercado has set the pro ranks on fire with his aggressive style and 100 percent knockout ratio through his first five bouts. Mercado says he thinks boxing is lacking guys who provide violence for the fans as Edwin Valero or Mike Tyson in his prime used to. If the results of his first five fights as a pro are any indication of what’s to come, Mercado will definitely fill the void.

Hoping to secure at least seven or eight fights with a maximum of 12 fights this year, Mercado understands the importance of being active inside the ring. After witnessing his father, Neto Mercado, get caught up in street activity and eventually turn his life around, Ernesto has fully committed to the goal of becoming the top lightweight in the world. An anomaly for the weight class at 5-feet-11-inches, Mercado possesses vicious knockout power.

Zenger spoke to Mercado about his commitment to making his father and community proud, his boxing goals and much more.

Zenger: Activity has been key for you. How do you feel that has helped in progressing your career?

Mercado: The saying inactivity is the enemy of a boxer is true, so I think it helps tremendously. Me being active and being able to get more experience in the ring and see different looks can only be beneficial to me.

Zenger: You recently stepped up the level of opposition, scored another spectacular knockout. How does your approach change since you’re facing better opposition, and I’m sure the rounds will increase soon as well?

Mercado: As far as my training, it’s always been the same. We’re just trying to learn. There’s nothing different. Of course, we change the sparring up for that certain style, but other than that, we’re just trying to progress. Whether that’s sitting down on our shots more. We just hope to be able to see these type of things play out during the fight. We are hoping to increase the rounds so that we can learn and develop in the ring.

Zenger: Not only increasing the rounds in the sense of going from 6-rounders to 8-rounders, but you have been knocking all of your opponents out. Not that that’s a bad thing, but I’m sure you’re hoping to face someone that can take your shots better and push you soon.

Mercado: I hope for more rounds, but if I see a guy hurt, I’m going to take him out. I would like to get a few more rounds in, but I’m not going to say any of these guys will go the distance with me because that’s the type of person I am. I’m confident, and I like to break them down quickly.

Zenger: Sebastian Fundora is a very tall junior middleweight who just put on the best performance of his career against Erickson Lubin. You are almost 6-foot fighting at lightweight. Do you take anything from Fundora’s style and incorporate it given both of you will most likely be taller than your opponents?

Mercado: Fundora is a tall guy. I would love to see him use his range a little more. I feel like he limits himself a little bit coming on the inside. But he’s such a great fighter, man. His conditioning is amazing, and he has the heart of a lion.

Zenger: You have stopped everyone you have faced, do you feel like you have worked to become a power puncher or are you a natural puncher?

Mercado: Honestly, man, if you have it, you have it. A lot of fighters feel like they can do certain workouts to create power. Unfortunately, it doesn’t work that way. The same thing about having a good chin. If you have a chin you have a chin, but there’s no other way around it. I feel like I have always had it; it was just a matter of me turning over my shots a little bit better and just aiming for the right spots. In the amateurs, it’s more fast-paced, touching, touching. When I had my first fight, I was able to sit down on my shots, I was dropping guys right away, so I knew I just had it.

Zenger: What are some of the things you have been working on in the gym that you would like to show fans on May 12?

Zenger: How influential has it been to not only see your father get his life together in a positive way, but him opening a boxing gym for you to train and have that togetherness and closeness with him?

Mercado: It’s dope, man! Not only were we able to change our lives, but to be able to help other kids and get them out of their situations. A lot of these kids &mldr; whether it’s gang violence or drug use, a lot of them come from broken homes. There is a lot of poverty out here. Whether we’re helping out in that manner, it’s just great to help other people. Make them walk a straight line.

Zenger: You not only want to accomplish greatness inside of the ring, but you put equal value on your accomplishments in helping others. How do these two go hand and hand?

Mercado: I think the reason God puts us through situations and different experiences is so that one day we can help others and not let them go through the same experiences. I don’t love that we went through certain things, but I know that God put us in certain situations so that we could evolve and help other people out. I’m taking advantage of every person I get a hold of, or anybody that comes to me, I will take advantage of the things that we’ve been through and show them how to get through it.

Zenger: Are you enjoying being a promotional free agent or are you currently looking for the proper fit?

Mercado: Don’t get me wrong, we’ve been offered a lot of deals, but right now, I’m having a good time being able to fight where I want and as many times as I want a year. It’s definitely fun to travel to whatever state I want to fight, and I’m able to stay active.

Zenger: How many fights would be ideal for you to have this year?

Mercado: In total, we’re looking to go seven  or eight times this year. That’s a minimum, but max, we’re trying to go 12-0 this year.

Zenger: You said in a previous interview that we haven’t had a “killer” in boxing since Mike Tyson, and you are looking to fill that void. You are off to a hell of a start.

Mercado: I don’t mind putting that kind of pressure on myself. I watch a lot of boxing, the fighters that entertain me the most were the ones like Mike Tyson. But Edwin Valero, as well. Once he had you, he had that switch where his instincts just took over. I have that switch. Once I get in these fights, that switch goes off, and I have these killer moments. I definitely want to incorporate that into the pro ranks because there are not a lot of killers no more. I want to bring that back. Everybody wants to be the best, but nobody wants to be a killer, nobody wants to be that guy, and I want to be that guy.

Zenger: What does it mean for you to be the face of your dad’s G2G Boxing Gym?

Mercado: Honestly, from everything that we’ve been through, it means hope. My dad was in a very tough situation, and I was able to help him out by walking a straight line and doing the boxing thing as well as I did it. For anybody that comes through these doors looking for some type of hope, I think they’ve found it.

Zenger: You live the lifestyle of a fighter, no drinking, no smoking, any of that. Do you think that is what will eventually separate you from the pack?

Mercado: Yeah, I think that will contribute to the longevity of my career. You’re going to see a lot of these guys that party. &mldr; They may not see the effects of that right now, but it will eventually catch up to them. I will still be sharp because I didn’t put my body through that. I never took a sip of alcohol, never took any type of drugs, and that was just something I had instilled in me since the beginning. I think that will play a big role in my career. I think I will be able to fight at a high level for a lot longer because of it.