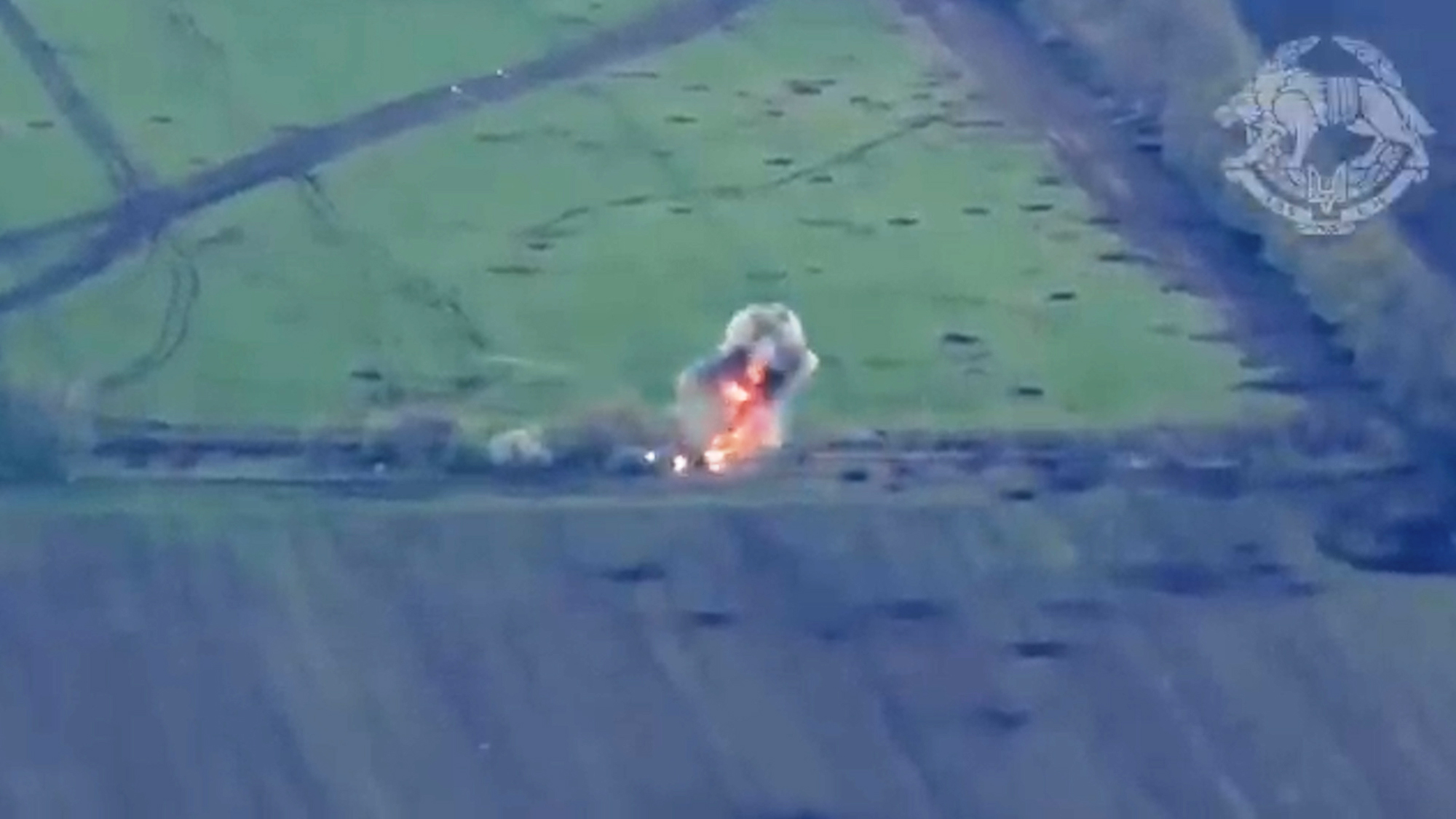 SSO fighters destroyed Russian Tanks and accumulations of equipment In the Kharkiv region in Ukraine. (@usofcom/Zenger)

This is the moment Ukrainian troops destroy Russian tanks and armored vehicles and declare that their defense is “working”.

The Ukrainian military said the attacks took place in the north-eastern Ukrainian region of Kharkiv Oblast.

The Command of the Special Operations Forces (SSO) of the Armed Forces of Ukraine (AFU) said on 2nd May: “The Resistance Movement of the SSO of Ukraine is working.

“In the Kharkiv region, during reconnaissance operations, our soldiers discovered clusters of enemy equipment, including heavy armored and lightly armored vehicles.”

They added: “An hour after the priority targets for the strike were determined, soldiers of the Resistance Movement coordinated a unit of one of the artillery brigades and adjusted the fire on enemy targets.

From 24th February to 29th April, the total combat losses of Russian troops stand at around 23,800 personnel, according to the General Staff of the Armed Forces of Ukraine.