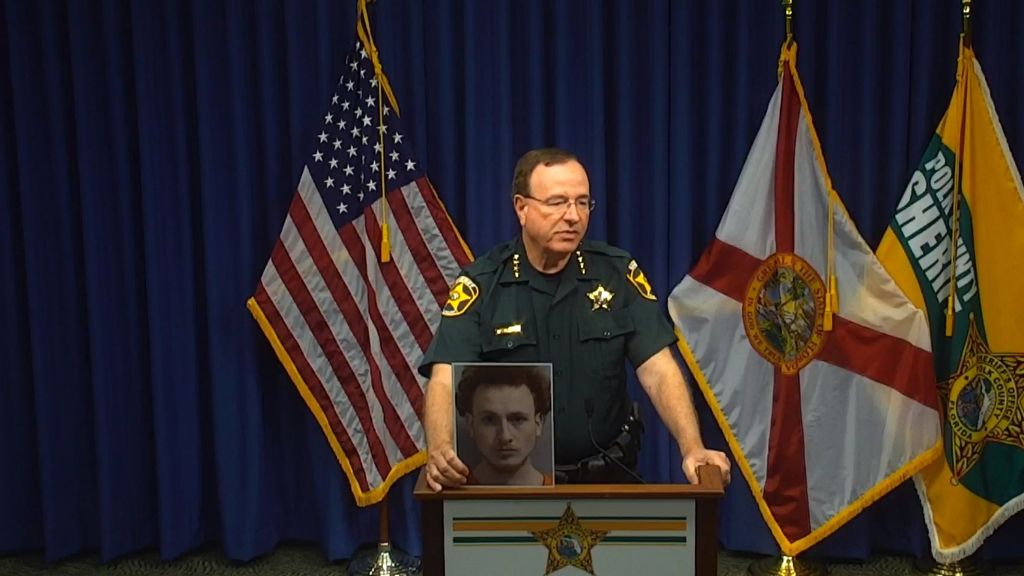 Cops in America have arrested a teenager after he shot his mum dead because she told him to stop smoking in the house.

The incident took place at a residence near Red Oak Court and Capps Road, east of Lake Wales, Polk County, Florida, USA, on the morning of Thursday, 28th April.

The suspect and victim both lived at the residence.

Suspect Seth Settle, 19, told cops he had been sitting in his room when his mother, 52, told him to “stop smoking in the house” before walking back out.

The teenager said he then pointed a gun at his bedroom door and it went off – accidentally.

He said he then exited the room and found his mother unresponsive. He told another person in the house to call for an ambulance before he left home by car.

Polic said: “Deputies simultaneously responded to the hospital and the crime scene which was at a residence near Red Oak Court and Capps Road, east of Lake Wales. Seth Settle and his victim both resided in the same home at this location.”

The mother, whose name was not reported, was taken to a local hospital with injuries to her breast and left armpit. She passed away less than an hour after admission.

Settle was arrested shortly after staff at the hospital noticed the woman’s injuries seemed suspicious and called the police.

The Polk County Sheriff’s Office said the teenager lied to questioning officers on five separate occasions about what he did with the alleged murder weapon.

In the end, it was one of the teenager’s friends who contacted the Sheriff’s Office and said he had given him two guns, which were then confiscated by the cops.

Sheriff Grady Judd said: “The suspect is trying to play this off as an accident, but he had a loaded gun and intentionally pointed it at the door where the victim just exited and he fired it.

“He fled the scene without rendering aid, then he arranged for a friend to dispose of the weapon.

“These are not the actions of a man who just accidentally killed someone. He knew exactly what he was doing.”

Settle was charged with “2nd Degree Murder with a Weapon (FL), Tampering with Evidence (F3), Discharging a Firearm in a Residential Area (M1), and Giving False Information During an Investigation (5-counts, M1)”.