Zenger News obtained the footage from the 30th Independent Mechanised Brigade on Sunday, May 1st.
By William McGee May 3, 2022
Facebook
Twitter
Linkedin
Email 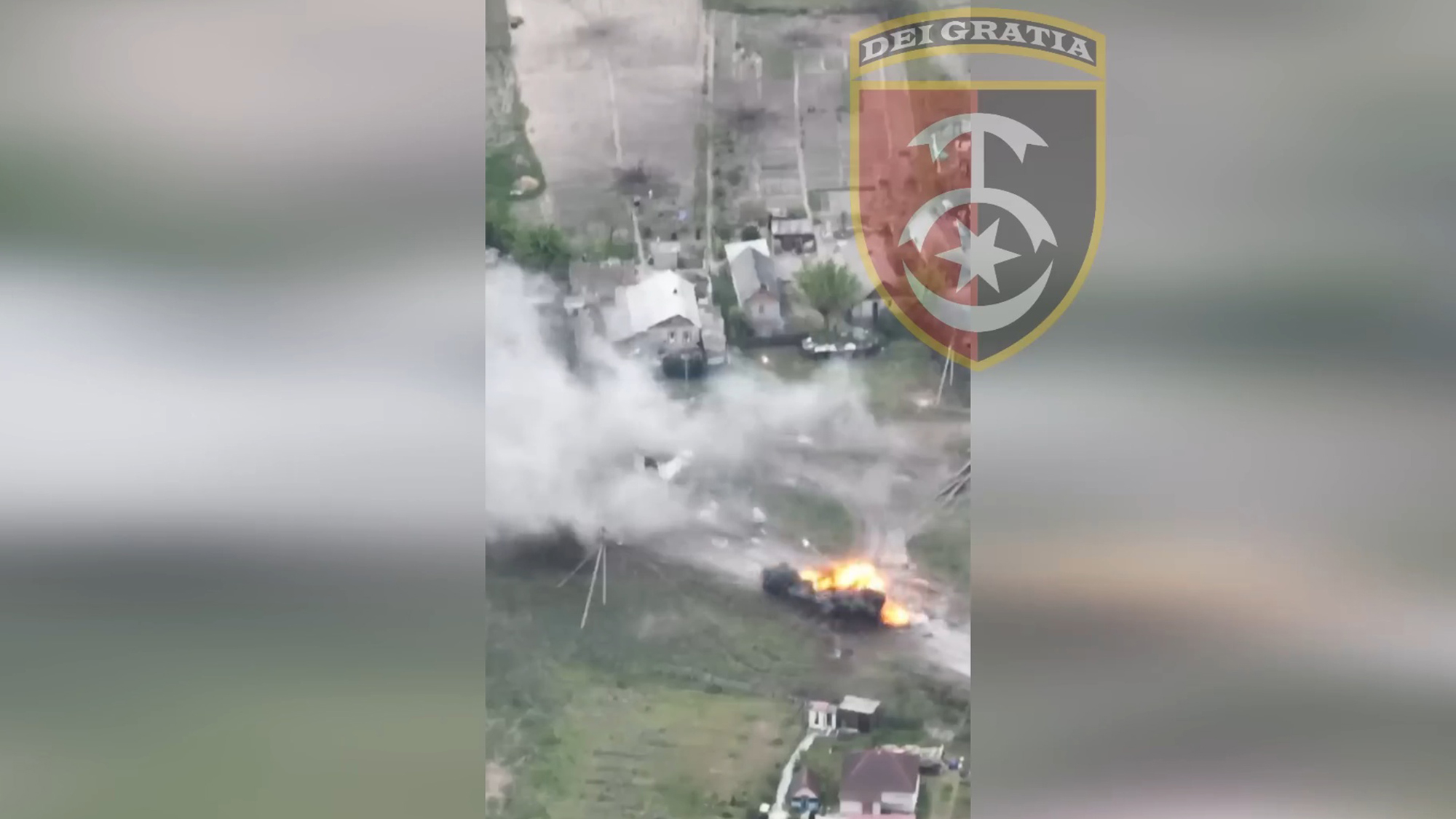 The destruction of the Russian armored personnel carrier by the 30th separate mechanized brigade Prince Constantine of Ostroh in Ukraine. (30 OMBr/Zenger)

This aerial footage shows how this Russian armored personnel carrier has no chance as it is blasted apart by Ukrainian artillery.

Several strikes can be seen landing on and around the APC, which appears to be hiding among residential homes and eventually catches fire.

Zenger News obtained the footage from the 30th Independent Mechanised Brigade – a formation of the Ukrainian Ground Forces – yesterday (Sunday, May 1st).

The brigade said the shots came from a 2S1 Gvozdika – a Soviet self-propelled howitzer that has been in service since 1972.

The 2S1 Gvozdika is operated by several countries, including both Russia and Ukraine.

It is not clear where in Ukraine the strikes took place.

The General Staff of the Armed Forces of Ukraine (AFU) reported earlier today that Russia had lost around 23,800 troops over the course of the invasion thus far.

The Ministry of Defence of the Russian Federation did not give personnel losses for Ukraine but said the Ukrainian Armed Forces had lost 146 warplanes, 112 helicopters, 683 unmanned aerial vehicles, 281 anti-aircraft missile systems, 2,756 tanks and armored fighting vehicles, 316 multiple launch rocket systems, 1,234 units of artillery and mortars and 2,563 military vehicles over the same period.

Russian troops invaded Ukraine in what the Kremlin is now calling a “special military operation” to “protect Donbass”. The invasion is now in its 68th day.

In recent developments, the European Union remains unable to agree on ending supplies of Russian oil and gas.

Hungary is saying it will oppose a proposal to embargo the former, while Germany admits it is not ready to block the latter.

Current oil and gas supplies earn Russia millions of euros a day, which it uses to fund its war in Ukraine.

Elsewhere, around 100 people have been evacuated from the besieged Azovstal metallurgical plant in the south-eastern port city of Mariupol.

They are due to arrive in areas still held by Ukraine.

And authorities said a key bridge linking part of the Odesa region in south-western Ukraine to the rest of the south of the country was hit by a Russian rocket today.