The super cute cubs were born at the Touran Wildlife Refuge in the Iranian province of Semnan.
By Lee Bullen May 3, 2022
Facebook
Twitter
Linkedin
Email 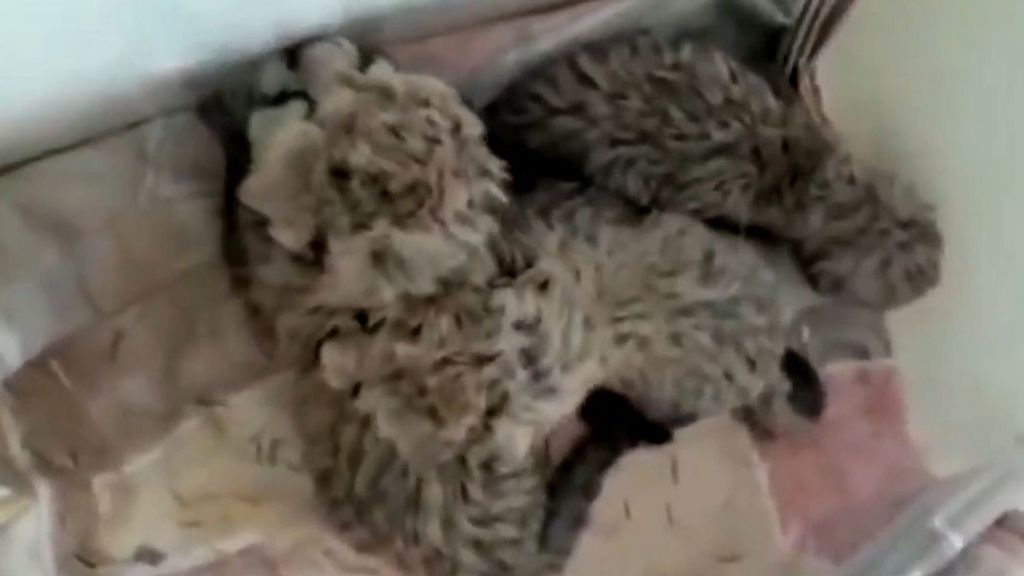 A trio of critically-endangered Asiatic cheetahs have been born in captivity for the first time.

The super cute cubs were born at the Touran Wildlife Refuge in the Iranian province of Semnan.

The family is currently being monitored in intensive care to ensure their healthy development.

Video footage of the cubs released by keepers shows the adorable trio in their bed as they mew for their mum.

Ali Salajegheh, head of the Department of Environment (DOE) in Iran, said on 1st May that the Asiatic cheetah (Acinonyx jubatus venaticus) cubs were born by cesarean section and that they were the first to be born in captivity.

Iran is one of the remaining countries in the world where the species is still found in the wild and the authorities hope to boost their numbers in the country.

Salajegheh explained: “This is the first birth of an Asiatic cheetah in captivity… By preserving these cubs, we can increase the cheetah population in captivity and then in semi-captivity.”

In January of this year figures from the Iranian Department of the Environment indicated that there were only 12 Asiatic cheetahs living in the wild in the country. Nine of them are believed to be male, and three of them are female.

As a result of their dwindling numbers, a United Nations-backed conservation program was launched in 2001.

Environmentalists said the species has been badly affected by hunting, drought, habitat destruction, and loss of prey due to hunting.

The Iranian Cheetah Society stated that the remaining habitats for wild Asiatic cheetahs are located in north-eastern Iran at the Touran Wildlife Refuge and Miandasht Wildlife Refuge.

They were once found from the Arabian Peninsula and the near East to the Caspian region and India but vanished in the 20th century.

The Iranian population is believed only to survive because human density is low and it’s a protected area.

One of the main problems for the critically endangered animal is loss of food, with them typically feeding on herbivores such as Gazelle, wild sheep, goats and rabbits.

And although scarcely populated, another reason for the destruction in numbers has been mining and road construction near their reserves. The roads, which disrupt the natural habitat of the animals also allow easier access for humans with guns, including drug smugglers, and it is very difficult for authorities to monitor people trying to shoot.

In 2018, seven conservationists of the Persian Wildlife Heritage Foundation, mainly focusing on Asiatic cheetahs, were arrested for spying despite condemnation from human rights groups.

One expert, Iranian-Canadian university professor Kavous Seyed Emami, died in jail in mysterious circumstances as the others remain behind bars, according to local reports.