The strike was filmed at an agricultural plant in the district of Synelnykove in the Ukrainian region of Dnipropetrovsk Oblast.
By Lee Bullen May 3, 2022
Facebook
Twitter
Linkedin
Email 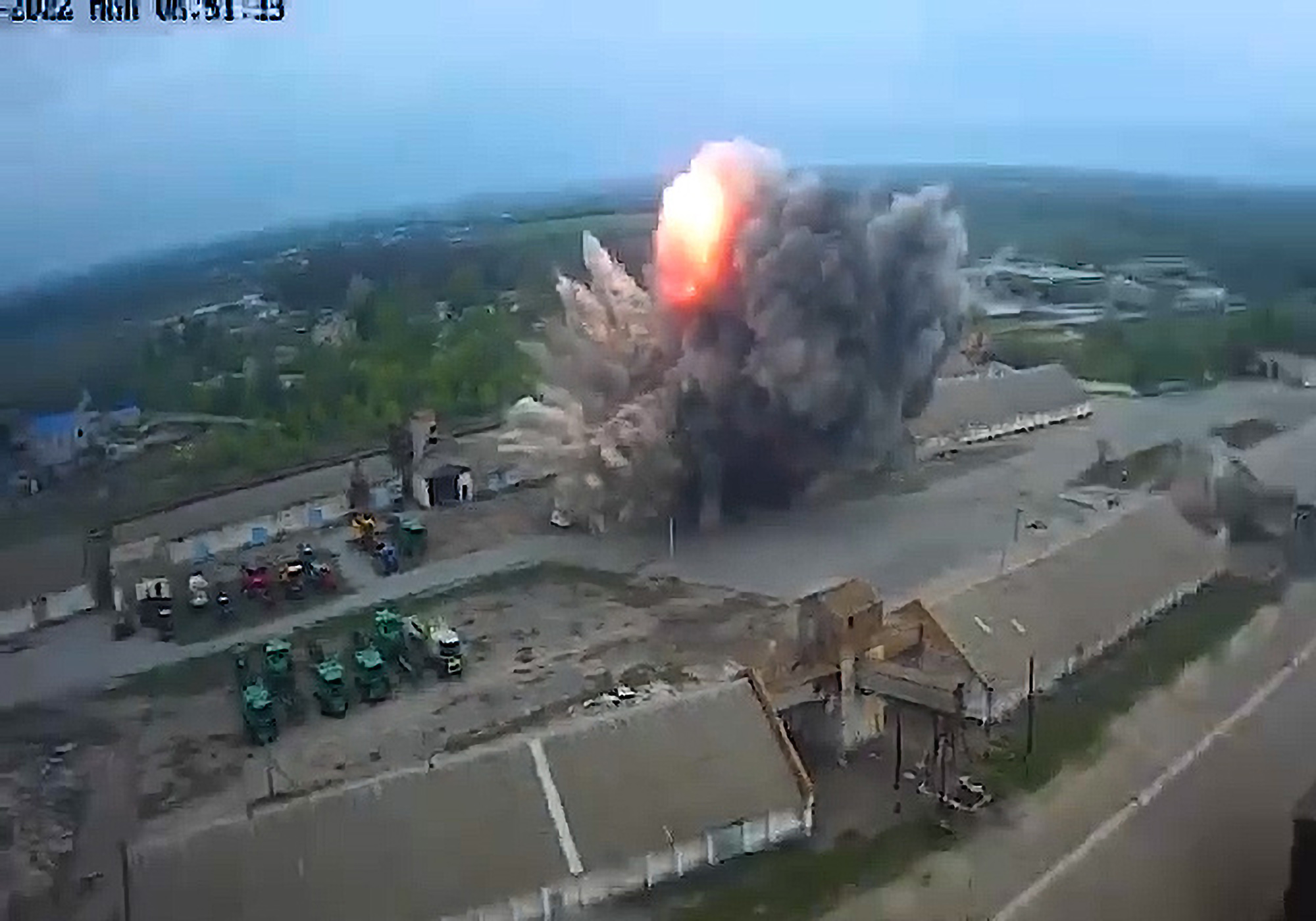 The destruction of a grain warehouse by the Russian missile in the Sinelnykivsky district in the Dnepropetrovsk region in Ukraine on the 2nd of May 2022. (@Valentyn.Reznichenko/Zenger)

This is the moment a Russian missile can be seen briefly shortly before it destroys a warehouse filled with grain.

The strike was filmed at an agricultural plant in the district of Synelnykove in the Ukrainian region of Dnipropetrovsk Oblast.

Regional governor Valentyn Reznichenko, 50, said the missile destroyed the agricultural warehouse, but no one was injured in the attack.

He said on 2nd May: “The rocket hit the plant and destroyed the warehouse with grain. No one was injured.”

The governor added: “Our agricultural warehouses do not give the orcs any peace of mind.”

According to local reports, the Russian military fires on communities in Dnipropetrovsk Oblast up to six times a day.

One day before, a Russian attack destroyed another warehouse with grain in the same area. Meanwhile, a rocket reportedly hit a private farm and killed a cow, injured a 71-year-old woman, and burned almost two tons of hay.

The Russian military also allegedly fired missiles at empty farmhouses in the same district on 30th April. No one was injured in the attack.

From 24th February to 2nd May, the total combat losses of Russian troops stand at around 23,800 personnel, according to the General Staff of the Armed Forces of Ukraine.