The strikes reportedly took place near Snake Island in the early hours on 2nd May.
By Lee Bullen May 3, 2022
Facebook
Twitter
Linkedin
Email 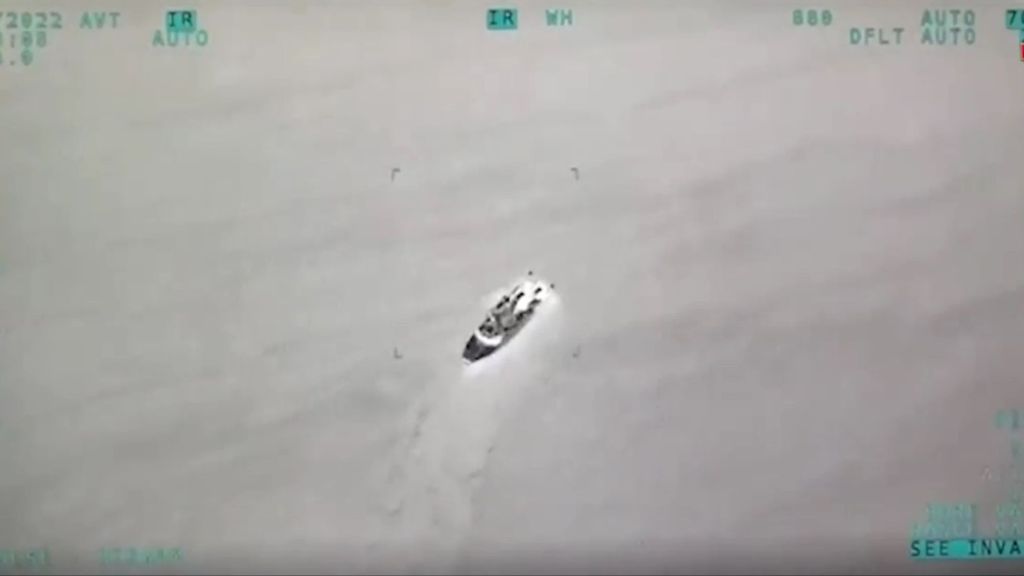 Destruction of two Russian Raptor boats by the Ukrainian Bayraktar drone near Snake Island in Ukraine at dawn on the 2nd of May 2022. (@GeneralStaff.ua/Zenger)

This is the moment Ukrainian Bayraktar drones reportedly destroy two Russian vessels in the Black Sea.

The strikes reportedly took place near Snake Island, also known as Zmiinyi Island, located in the Black Sea near the Danube Delta in the early hours of this morning (2nd May).

General Staff of the Armed Forces of Ukraine (AFU) said in a statement on 2nd May: “Two Russian Raptor boats were destroyed at dawn today near Snake Island.”

Ukrainian general Valerii Zaluzhnyi, 48, said the strikes were carried out by a Bayraktar TB2 unmanned combat aerial vehicle and were a success.

The Commander-in-Chief of the AFU said the Bayraktars are “working well” after the destruction of the two Russian vessels.

The Ukrainian military added: “Together to victory!”

In the footage, a boat is seen seemingly stationary at sea before being hit and then another vessel that suddenly tries to speed away is then also destroyed in the Black Sea.

From 24th February to 29th April, the total combat losses of Russian troops stand at around 23,800 personnel, according to the General Staff of the Armed Forces of Ukraine.