Laura Lake, 28, was obsessed with the Tomb Raider computer games as a child and dressed up as her idol.
By Anamarija Brnjarchevska May 3, 2022
Facebook
Twitter
Linkedin
Email 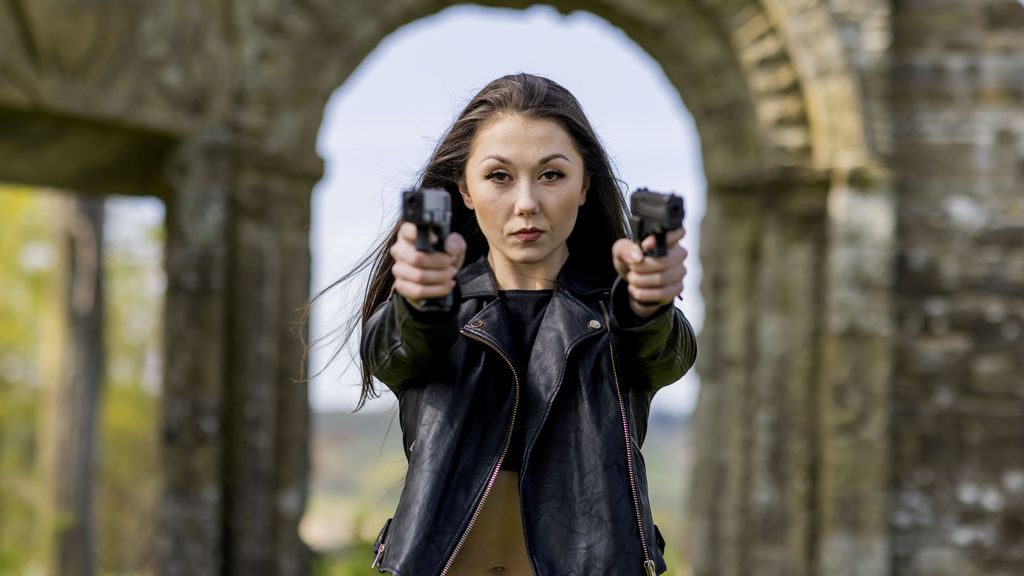 A Lara Croft superfan is living out her childhood fantasy to be an action hero - after landing a role in a new movie starring Tom Hardy. ( Leila Coker/Zenger)

A Lara Croft superfan is living out her childhood fantasy to be an action hero – after landing a role in a new movie starring Tom Hardy.

Laura Lake, 28, was obsessed with the Tomb Raider computer games as a child and dressed up as her idol and even copied the character’s daring stunts in her garden.

After leaving college, Laura went to drama school and trained as a stunt performer, becoming an expert in weapons, hand-to-hand combat, horse riding and rally driving.

She has now secured a part in Netflix’s new action thriller ‘Havoc’ which stars actor Tom Hardy and will be released later this year.

Laura, from Leominster, Herefordshire, says winning the part is “like a dream come true”.

She said: “My mum would often play Tomb Raider and I would be there as a six-year-old copying all the stunts that Lara was doing.

“Mum was so good at it. I would copy it, noises and all. I would mimic it in the garden, doing all the stunts and rolls.

“I loved it so much that my grandfather, who was also into video games, would dress up as the butler from the third game and would let me shoot things at him.

“He would also make me bows and arrows and swords from bamboo, he was always so much fun.

“I had three different Lara Croft outfits as a kid and used to go around pretending I was in the game.

“That definitely sowed the seeds of my love of action heroes.

“At that age I was all about Lara Croft and Barbra Streisand. Disney wise it was always Mulan and Pocahontas.

“Mum had to buy me a second Hercules video as I burnt the first one out from watching it. Getting the role in Havoc is like a dream come true for me.”

Laura, who is also a freelance photographer, studied at drama school in London.

She added: “Through my training, I have been able to be involved in some incredible projects and some amazing motion capture for some upcoming video games that are unbelievably exciting but unfortunately I am not allowed to talk about them yet due to non-disclosure agreements.

“I’ve been extremely fortunate so far what I’ve been in.

“I haven’t ever had to do anything that I don’t want to do, touch wood. I just go there and play.

“Falling is a lot of fun. The first one I did I loved it.

“Tom Hardy on set is so funny. He’s so professional but down to earth. He’s bonkers but in a good way. With each production I have so much

“When I started stunt training I thought to myself that this is the missing piece in the jigsaw that I’ve been searching for.”

She added: “Just being in the same room as some of the incredible actors and creatives that stunt work has led me to is a real honor and a learning experience.

“I find it amazing that my life has basically come full circle and I am back to the kid who loved Tomb Raider and wanted to be an action hero.

“If I could tell six-year-old me that this is what I was now doing with my life, she would absolutely lose her mind with excitement.”