The youngster had been found walking the streets by a passer on April 30 who called police.
By Lee Bullen May 3, 2022
Facebook
Twitter
Linkedin
Email 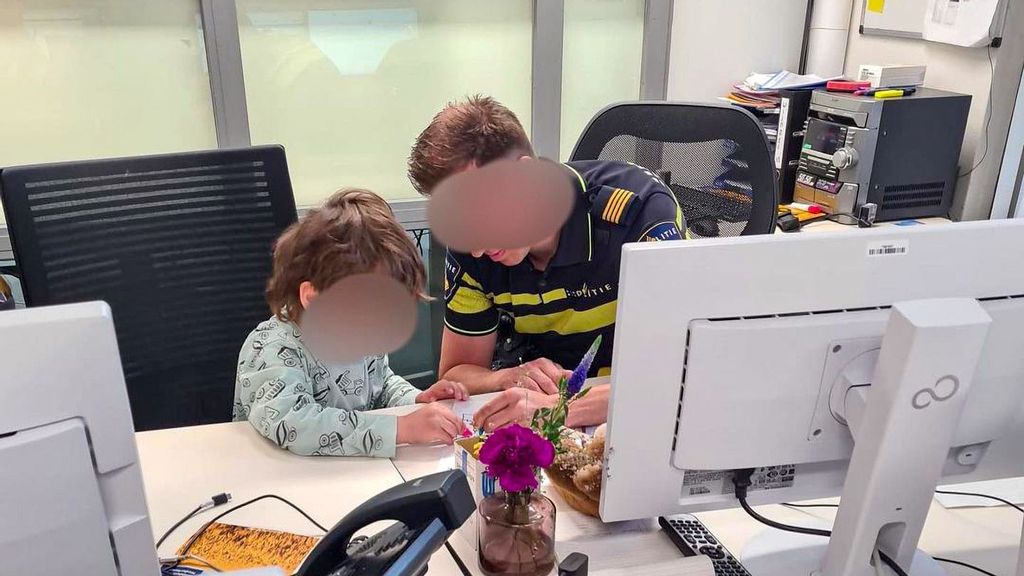 Boy, 4, takes his mum’s car for a joyride in pyjamas and bare feet and impressed cops call him the ‘new Max Verstappen’ on the 30th April 2022 in Utrecht, Netherlands. (Politie Basisteam Utrecht Nrd/Zenger)

A car-mad four-year-old lad crashed into two cars after taking his mother’s keys and roaring off in her motor.

The boy – wearing his pajamas and a dressing gown – had somehow managed to reach the pedals and start up the engine, say Dutch police in Overvecht.

It was only when police later found his mum’s pranged motor that the boy and the car were linked.

But it was when officers called the boy’s mum on the phone and saw him acting out a crash that they realized he had been the driver.

In a statement obtained by Zenger News, the police in Utrecht said on 1st May: “New Max Verstappen discovered in Overvecht.

“Yesterday, at the end of the night shift, we were sent to a report in Overvecht. A four-year-old child was found walking barefoot in his pajamas on the street.

“The child was found by a bystander and placed in their car. The bystander thought the child might be suffering from hypothermia and immediately called the emergency services.

“Based on this report, officers rushed to the scene and took care of the bystander and the child.”

The police said ambulance workers “checked the child and gave him a comfort bear to put him at ease. There was no sign of his parents at this time.”

They went on: “We then took the child to the police station to find out where he came from (and to drink hot chocolate).”

According to the police, officers then received a report of an accident in Overvecht after two parked cars were damaged by an abandoned vehicle.

The authorities said: “The registered owner of the vehicle turned out to be the child’s mother. After we contacted her, she said that her son is very resourceful.

“She spoke to the child on the phone and then we saw him signal a collision with his hands and then made a steering gesture.

“This led us to believe that the child may have been the driver. Together with the mother and the child, we then walked to the vehicle.

“Meanwhile, the father arrived on the scene. At the car, we asked if the child could show us how the car worked.

“The child opened the car with the key and put the key in the ignition. He started the car, moved his left foot to the clutch, and hit the gas.

“So, what turned out to have happened, when the child’s father went to work, the boy woke up and grabbed the car key to go for a drive.

“Two parked cars were then hit. The child then got out and ran away in his pajamas.”

The police advised the boy’s mother to take more care with her car keys in the future.