In a video of the procedure shared on April 28, one expert jokes: "Luckily, there were no dogs attached to the other end."
By Lee Bullen May 2, 2022
Facebook
Twitter
Linkedin
Email 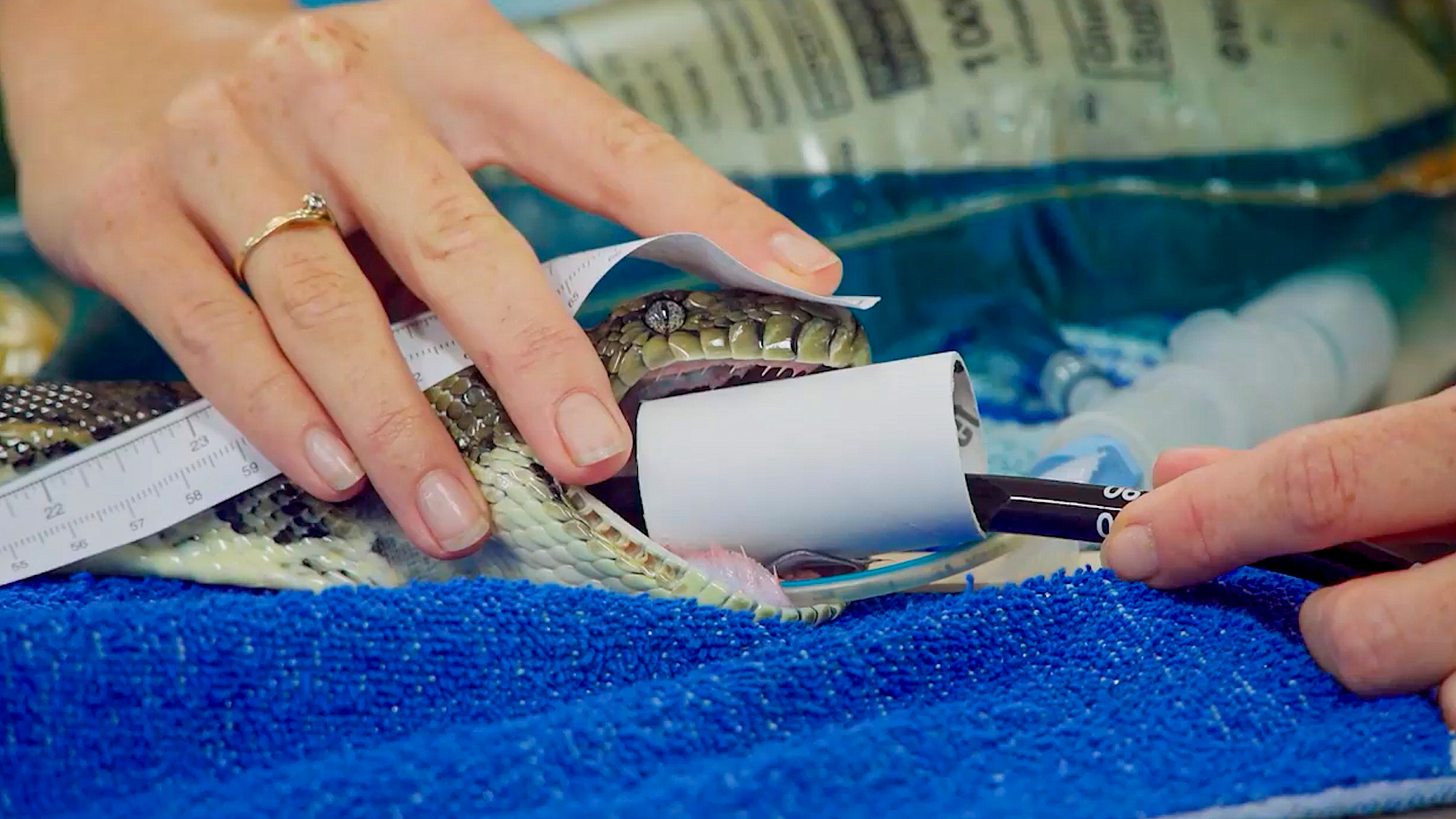 Pablo a carpet python had to have a dog harness and lead removed after he ate it, in Australia, in 2022. (Australia Zoo Wildlife Warriors/Zenger).

Astonished zoo vets pulled an entire dog harness from the stomach of a giant wild python after it was brought in by a concerned animal lover.

The huge carpet python – nicknamed Pablo – had been spotted struggling by a passer-by after it had downed the doggie gear in a garden in Queensland, Australia.

In a delicate op, keepers from Australia Zoo managed to find and pull out a pink double harness, dog leads and even a bumbag for poo bags,

In a video of the procedure shared on April 28, one expert jokes: “Luckily, there were no dogs attached to the other end.”

He added: “I’m sure Pablo’s a lot more comfortable with these out of him right now.”

In the footage, zookeepers are seen scanning the snake’s stomach before pulling out long, pinkish material they describe as “dog leads, dog harnesses, and even a poo bag holder”.

At the end of the clip, zoo workers are seen releasing the python back into the wild.

Australia Zoo said: “Just like Trap earlier this year, Pablo the carpet python found himself in a bit of trouble when he decided to eat something he shouldn’t have.

“We are Wildlife Warriors. We fight for an extremely important cause – to protect our wildlife and wild places!

“Join us on our missions as we follow in the footsteps of the original Wildlife Warrior, Steve Irwin, and continue the work that he was so passionate about.

“From tigers in Sumatra and cheetahs in Africa, to saltwater crocodiles and koalas in Australia. The ultimate mission is to save one, save the species.”

Because snakes do not have the right kind of teeth they can not bite or chew their food, and have to swallow it whole.

There have been cases of snakes eating plastic bags for example with mice inside or plastic eggs, and it may be that the dog lead was confused by the snake with another reptile of some form that it decided to try to eat.

The dog lead then came with the harness and the poo bag and the snake had no opportunity other than to eat it all, causing a potentially fatal blockage that would probably have eventually killed it.