VIDEO: Ukrainian Tank Destroyed In Ball Of Fire And Smoke After Russian Hit

Zenger News obtained the footage from the Ministry of Defence (MoD) of the Russian Federation on Thursday, 28th April.
By William McGee May 2, 2022
Facebook
Twitter
Linkedin
Email 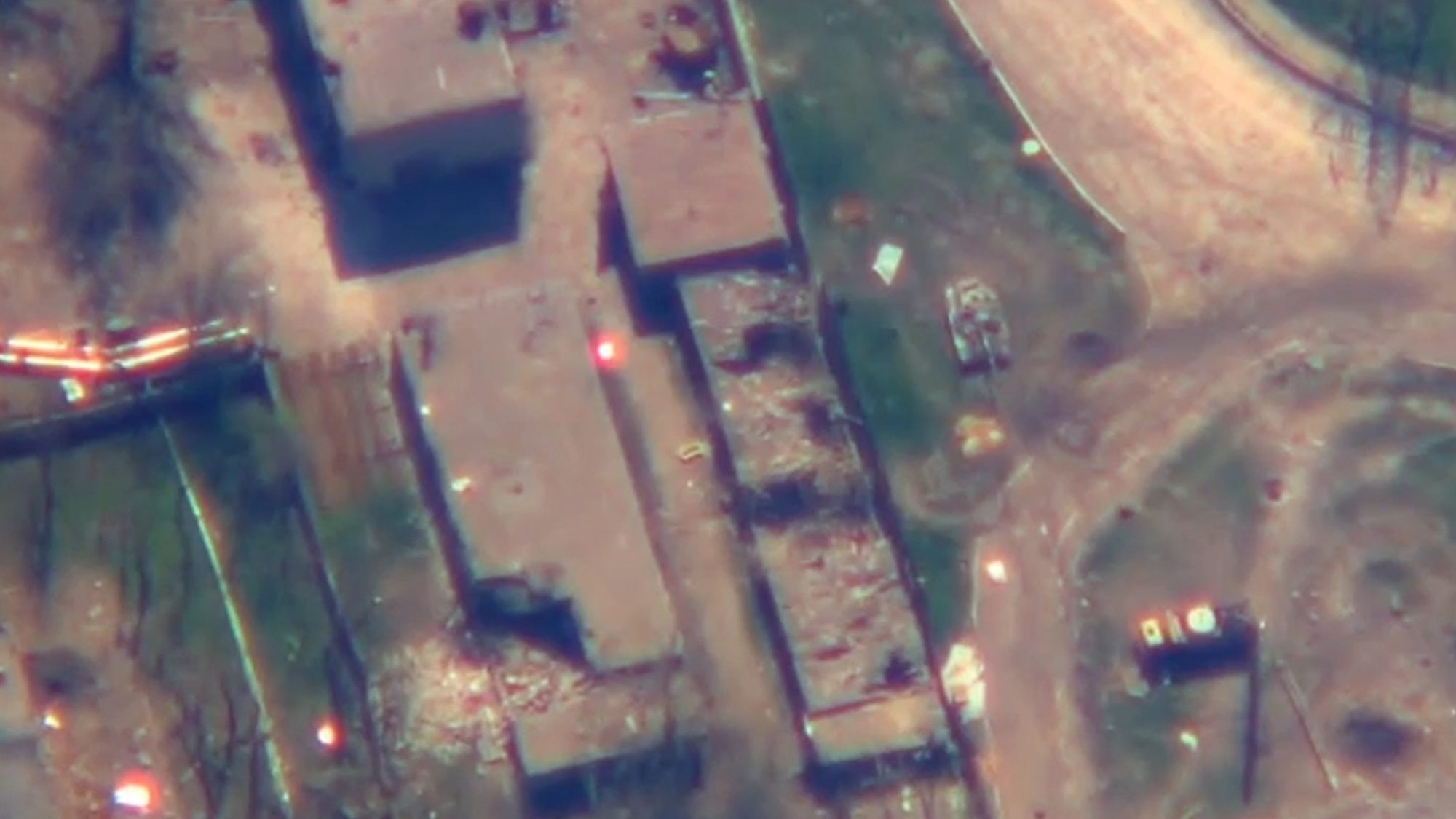 Russian Forces destroyed a Ukrainian tank from the air in Ukraine, in April, 2022.  (Ministry of Defense of Russia/Zenger)

This aerial video purports to show a Ukrainian tank being destroyed in a ball of smoke and fire following a Russian strike.

Zenger News obtained the footage from the Ministry of Defence (MoD) of the Russian Federation yesterday (Thursday, 28th April).

It is not clear where in Ukraine the strike took place.

“The neutralized facilities include 2 areas of manpower and military equipment concentration of the enemy, 2 artillery-missile armament munitions depots near Barvenkovo and Ivanovka.

“Operational-tactical and army aviation of the Russian Aerospace Forces have neutralized 67 military facilities of Ukraine over the past 24 hours.

“The neutralized facilities include 2 company strongpoints, 2 large artillery-missile armament and fuel depots in Preobrazhenka and Orekhov, as well as 55 manpower and military equipment concentration points of the enemy.

“The attacks have resulted in the elimination of more than 300 nationalists and up to 40 armored and motor vehicles.

“On April 27, at about 23:00 (MSK), the Ukrainian Armed Forces have launched a massive attack using Tochka-U ballistic missiles and multiple rocket launchers at residential areas of the central part of Kherson.

“Russian air defense units have repelled the attack of the Ukrainian troops launched at the residential areas of Kherson.

“The Kiev nationalist regime’s indiscriminate attacks on residential areas of Izyum and Kherson are a war crime and a gross violation of international humanitarian law.”

Russian troops invaded Ukraine on 24th February in what the Kremlin is now calling a “special military operation” to “protect Donbas”. The invasion is now in its 65th day.