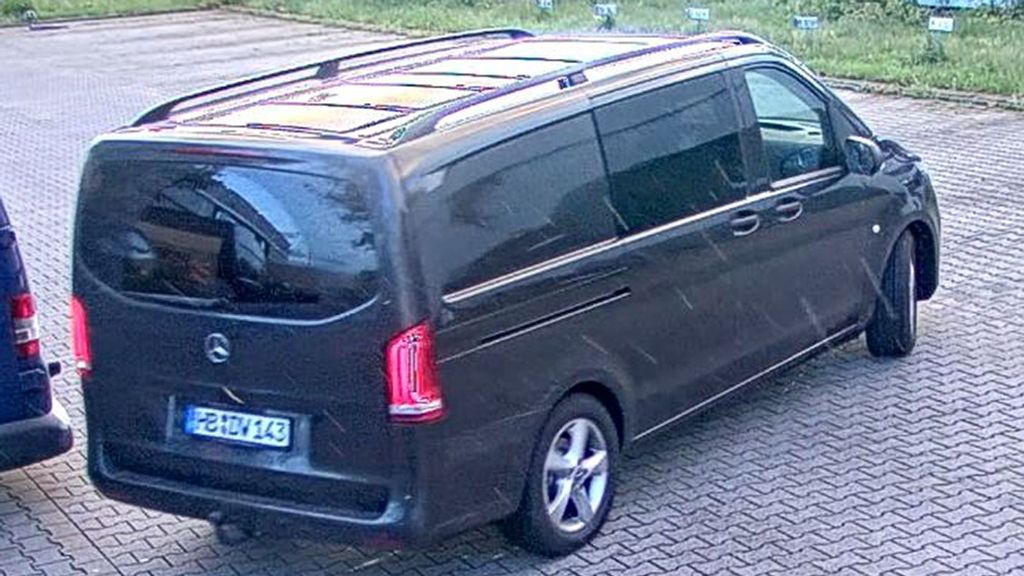 The black Mercedes-Benz Vito where Yasemin Gundogan, 28, allegedly loaded the EUR eight million (GBP 6,9 million) which she stole from her company in the German city of Bremen. (Polizei Bremen/Zenger)

A money-packer who disappeared with GBP 7 million in stolen banknotes lived it up with her loot at a luxury Turkish villa, investigators have revealed.

Yasemin Gundogan, 28 – who worked as a currency handler for the security couriers Loomis in Germany – disappeared after loading bags of cash into a van.

Now it has emerged that she surfaced briefly in her homeland in a villa in Turkey’s Aegean region but it is unclear where she went afterwards.

One of her accomplices – named only as Busra S. – was arrested in Germany when she returned after spending two weeks at the luxury villa.

Gundogan – who has been on the run for nearly a year – worked for the Bremen-based cash handling company Loomis where she used to pack banknotes in cash cassettes.

She is said to have packed 8 million in EUROS in security bags and threw them into a wheelie bin.

The police said she then camouflaged the bin with litter and rolled it outside after which she loaded the bags into a Mercedes Vito van with stolen license plates.

Gundogan got in the vehicle, disappeared without a trace, and still remains at large.

Employees only noticed the cash was missing four days after the incident and immediately told police.

It has now emerged that Gundogan was aided by a 41-year-old German man, named Henning B., who she befriended and flirted with at work.

Prosecutors say he helped her load the wheelie bin.

After fleeing the country, Gundogan took the money to Turkey allegedly with the help of 24-year-old Busra S. and male pal Yigit T., who has also disappeared.

Prosecutors said Gundogan stayed in a villa in Turkey’s Aegean region for a while and it is unclear where she went afterwards.

Busra is currently on trial for her part in the crime as the German authorities continue to track down Gundogan with the help of Interpol.