Urban explorer Kyle 'Urbex', 25, has explored more than 400 abandoned buildings since taking up the hobby in 2020.
By Ipek allahyari May 2, 2022
Facebook
Twitter
Linkedin
Email 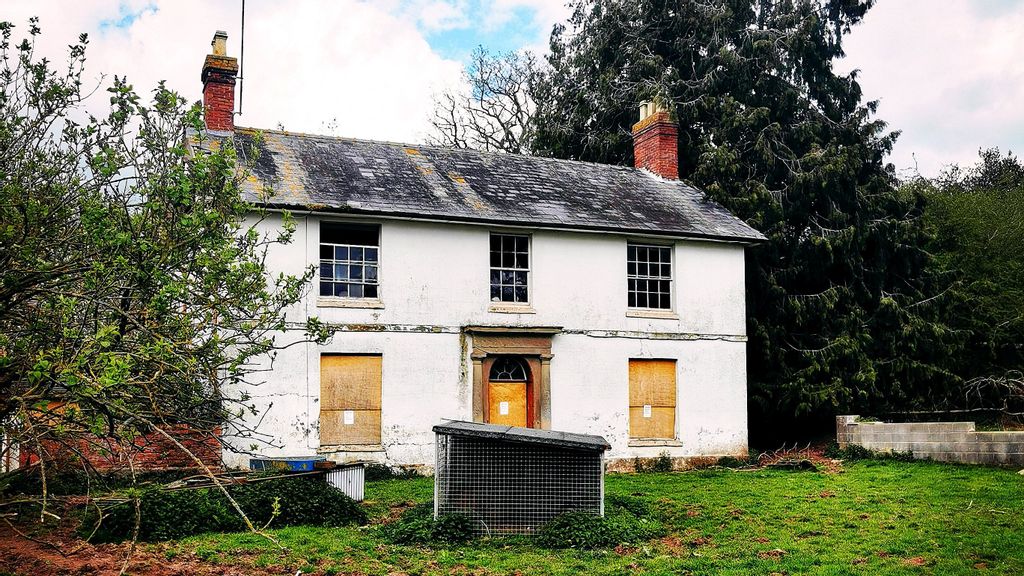 An urban explorer photographed a once-loved farmhouse that became 'frozen in time' after being abandoned by owners. (SWNS)

An urban explorer photographed a once-loved farmhouse that became ‘frozen in time’ after being abandoned by its owners.

Urban explorer Kyle ‘Urbex’, 25, has explored more than 400 abandoned buildings since taking up the hobby in 2020.

One of his most recent visits was to this farmhouse in Little Hereford, Herefordshire, to document what it looks like after several decades of abandonment.

The 25-year-old, from Leeds, visited on April 18 after spotting it on a Facebook page about abandoned places.

The pictures he took show the former home in a state of decay but otherwise ‘frozen in time’ with all the former owners’ possessions inside.

An old sewing machine, a collection of candlesticks on the fireplace and an old piano stacked with sheet music can be seen in the haunting pictures.

One picture of the kitchen shows a curled and browning calendar on the wall from January 1998, along with stacks of newspapers and magazines scattered across the table.

An old Beko cooker sits in the corner with a kettle and saucepans still stacked on the hob.

Kyle said: “When I got there I could tell immediately it was subject to natural decay.

“I had to stay mainly downstairs because parts had fallen in upstairs.

“The first living room I came to, I could sense it was from the 1960s or 1970s because of the retro wallpaper and old-style burner for a fireplace.

“In the kitchen, there was an old cooker and milk cartons all over the floor containing a black substance, which I thought might be tractor oil.”

Kyle said he attempted to find the names of the former occupants but letters only seemed to be addressed to ‘the homeowner’ – so he has no idea who lived there.

He said he believed since being abandoned, young people had partied there, with some empty beer bottles left scattered around.

He said: “In these houses, you feel quite sad in a way, it is abandoned and frozen in time.

“We don’t know when it was vacated or who lived there but someone’s memories are still there.

“The living room had a piano that once would have been played daily – it’s now left rotting away.

“For some reason, whatever that is, someone upped and left, and never came back.”