Russell Davies, 55, was left covered in nasty bites all over his torso, caused by the arachnids that have infested his home.
By Ipek allahyari May 2, 2022
Facebook
Twitter
Linkedin
Email 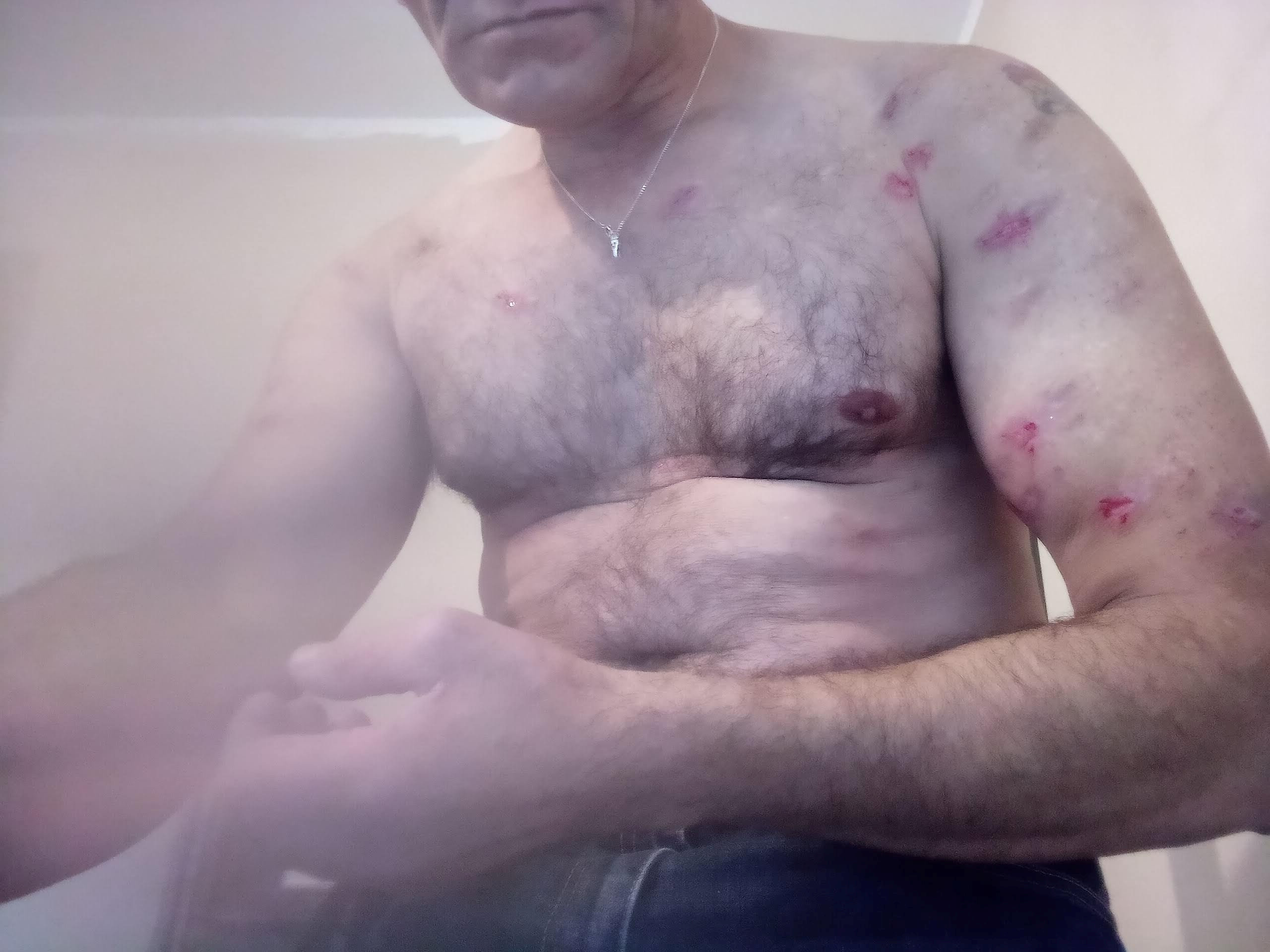 A Chef Claims He Has Been Bitten More Than 100 Times By False Widow Spiders That Are Nesting in His Flat. (SWNS)

A chef claims he has been bitten more than 100 times by false widow spiders that are nesting in his flat.

Russell Davies, 55, was left covered in nasty bites all over his torso, caused by the arachnids that have infested his home.

He has been living with the eight-legged flatmates for more than a year, and said his landlords are refusing to fumigate it.

A week after moving into his apartment in January 2020, he began to notice unusual bites on his body.

The chef said he has counted around 12 female spiders and roughly 10 males in his flat in Southborough near Tunbridge Wells, Kent.

Not long after moving in he discovered the strange bites and thought it was a skin condition.

It was not until catching one of the vicious spiders – thought to have arrived in Britain 1870s from the Canary Islands – in his flat he said he solved the mystery of his skin problem.

But Russell is still covered in bites all over his body and is still being bitten regularly by the unwelcome arachnids.

The 55-year-old said: “My support worker at the time [when he moved in] saw these things on my body, when I lifted up my shirt and showed her.

“I first thought it was my skin reacting to the treatment I had been prescribed for my eczema. 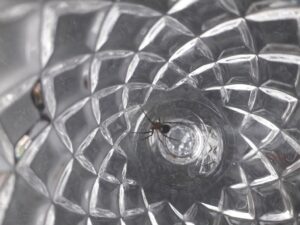 A Chef Claims He Has Been Bitten More Than 100 Times By False Widow Spiders That Are Nesting in His Flat. (SWNS)

“The following year, when I was at my sister-in-law’s, I cross-referenced a photo I took of a spider in my flat on Google, and it came up with a noble false widow/skull spider.

“I remember my sister-in-law asking if I was alright, and I said: ‘No I’m not, I think I finally know what has been happening to my skin.’.

“The bites in the pictures matched up exactly with what I have. These spiders have huge fangs and they can inject a rotting agent, it’s really nasty stuff.

“I just want other people to be aware of how bad they can be and to keep and eye out for them because if they bite and older person or a child it could be really bad.

“They’ve been here for many years and there are a lot of them around the South East. People just don’t realise how bad they are and think it’s just a myth that they can produce a nasty bite.”

The noble false widow can grow up to 14mm (0.55in), with a leg span that covers a 50p coin and can be identified from the patterns of cream and dark brown marks on their abdomen.

They are not native to the UK, but are thought to have arrived in cargo ships from its native Madeira or Canary Islands in banana boxes in the late 1800s.

The bite of the spider has been compared to a wasp sting.

Russel added: “I have been bitten in my sleep, in my bed all the time. From my ankles to my head.

“Without exaggeration, my bottom looks like somebody’s taken a cheese grater to the pair of them – it is that bad.

“It is so painful around my waist, my arms, cheeks, legs, chest, earlobes, the back of my neck and my face.

“The worst one was actually on my lip, where they bit me three times.”

Clarion Housing Association – the company that owns the property – refused to fumigate his home or pay for heat treatment and instead only offered to clear the communal areas, Russel said.

Clarion has said it is his responsibility to deal with the infestation.

The company sprayed the hallways and communal areas in the block after Russell raised concerns 10 months ago.

He said: “I saw them on the ceilings in the halls and pairs of them in the stairwells. That’s the reason I originally reported it to Clarion.

“People who are a lot older than me live here, and I was genuinely concerned because they could die from a spider bite if they have underlying health problems.”

Russell has been prescribed sleeping pills and painkillers from his doctor, but he says they do not always work.

He added: “I’m still up until 2am or 3am most days because of my mind.

“If a hair on my leg moves when I’m asleep, I am automatically awake and I rip the covers off.

“There have been times when the 5am news is quietly on the radio in the background and I’m thinking, ‘Oh my god, it’s five o’clock in the morning.'”

Russell also suffers from complex PTSD, personality disorder and atypical autism – which have all become worse due to the infestation.

He said: “The doctor has noticed that my mental health is getting worse, and I do suffer from problems that I take medication for anyway.

“I have to hold myself together because I don’t want to fall apart.”

Russel now believes he will not be able to go back to work as a chef because of the condition of his skin, and will be forced to pursue another career path.

A spokesman for Clarion said: “We appreciate how unpleasant and inconvenient pests can be and we are sorry to hear that Mr Davies is suffering with this problem.

“Clarion’s pest control specialists are contracted to focus on communal spaces, but this is an unusual and difficult case.

“We are committed to resolving this problem and are speaking with Mr Davies about the steps that need to be taken to support his health and remove the spiders from his home.”