Binoculars Of War Vet Returned To His Family By Collector 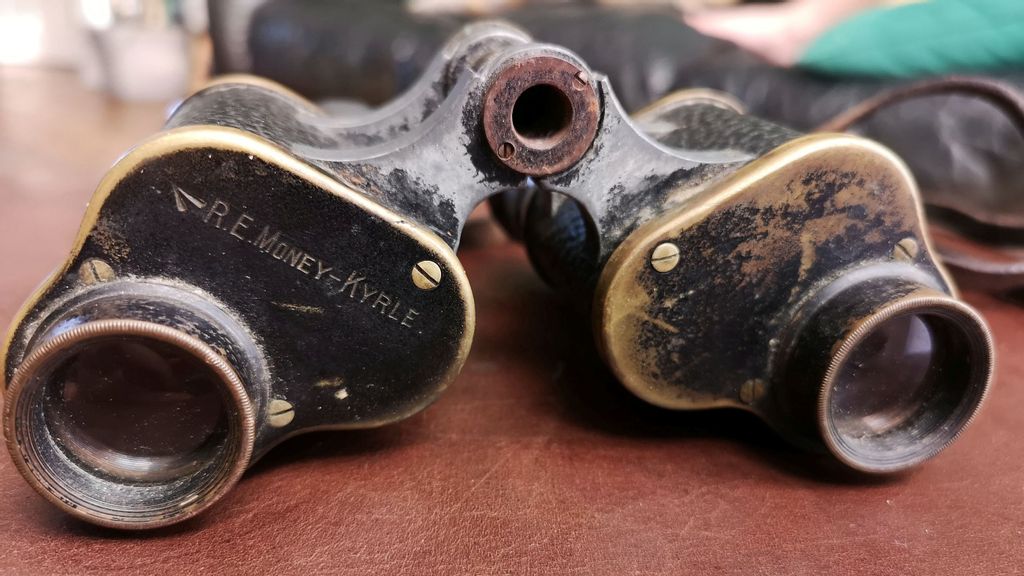 Binoculars used by a renowned war veteran have been returned to his family by a medal collector decades after their loss. (Adam Simpson-York/Zenger)

Binoculars used by a renowned war veteran have been returned to his family by a collector decades after their loss.

Adam Simpson-York, 37, spends his free time tracking down memorabilia and sending them home.

He recently found a set of binoculars inscribed with the name of British psychoanalyst Roger Money-Kyrle, used in WW1, on eBay.

Remembered as a kind and friendly man by his granddaughter Caroline Ainscough, Money-Kyrle was a pilot in the Royal Flying Corps that preceded the RAF.

Shot down over France in the war, he later studied at Trinity College at Oxford University, examining the rise of the Nazis.

He died in 1980 aged 82, but 42 years later his binoculars have now been returned to their rightful owners.

Mr Simpson-York, who runs ‘Medals Going Home’ said: “As soon as I put his name into Google it came up with a lot of information about him.

“I found the binoculars and spoke to the guy selling them. He said he’d found them in the trash, and couldn’t believe what people would throw away in house clearances.

“I bought them for £60, with no other bids. I had the name that was written on the binoculars, and the listing on eBay said he was quite a well-known person.

“With an unusual name like that it doesn’t take a long time to track down. I’ve now tracked down his granddaughter and spoken to her.

“I messaged her on ancestry. She had already made a family tree, and I saw Roger was her grandad.

“She was very keen to get the binoculars. Sometimes I contact people and they haven’t had a great relationship with the person, but she said he was a fantastic grandad.”

Adam, who also works as a postman, has since returned the binoculars to Ms Ainscough, adding to his growing list of successful returns.

Explaining how he got started with ‘medals going home’ a year and a half ago, Adam, from Ipswich, Suffolk, explained that he’s always loved researching history and memorabilia.

He said: “I’ve always been into ancestry, I have my own family tree on ancestry.com.

“I’ve helped out people before going back a few years, so I know how it all works.

“I’ve always been into ancestry, I have my own family tree on ancestry.com. I’ve helped out people before going back a few years, so I know how it all works.

“I was bored in lockdown over Christmas, and thought hey, I should try and use that knowledge for some good.

“I bought a medal on a whim, and got it back to a relative really quickly. He kindly even reimbursed me for the cost, and I just thought wow – that was easy.

“It was a really nice feeling so I decided to keep going.”

You can find out more about Adam’s work on his facebook here: https://www.facebook.com/MedalsGoingHome/