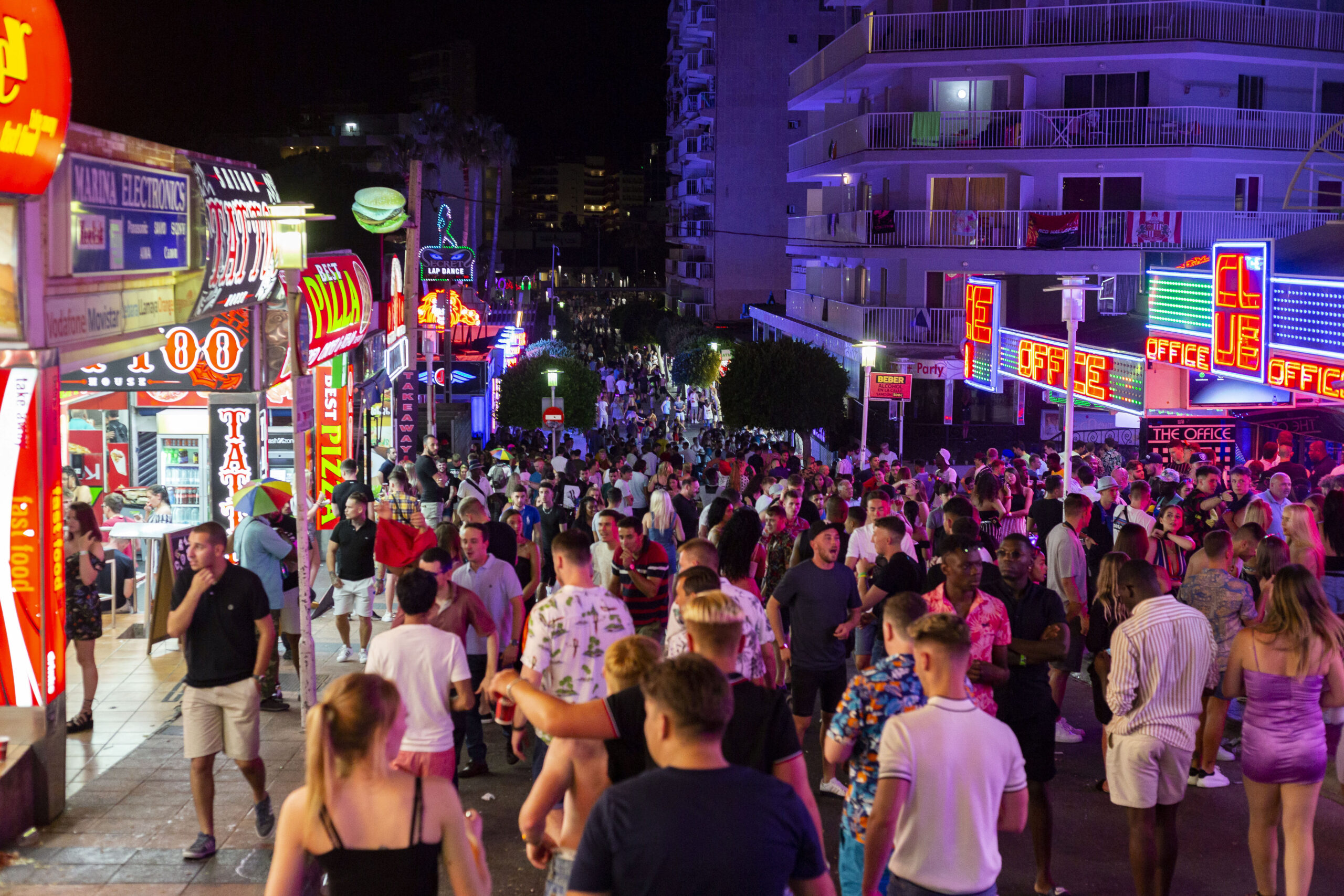 Spanish officials have sparked outrage by enforcing a “six drinks a day” rule for all-inclusive holidays and in resorts on islands including Ibiza and Majorca. (Jon Mills/Zenger)

Spanish officials have sparked outrage by enforcing a “six drinks a day” rule for all-inclusive holidays and in resorts on islands including Ibiza and Majorca.

The new law, which affects some hotels in the Balearic Islands, means that holidaymakers are forced to pay extra if they want more than three free alcoholic drinks per meal.

Jason Walker, 42, who took an all-inclusive trip to Majorca to celebrate his cousin’s birthday earlier this week, was left “angry” and “upset” by the rules.

He paid £240 for his three-night trip with travel operator Love Holiday, which he assumed had entitled him to as much food and drink as he wanted.

But when the Security officer arrived on the beautiful Mediterranean island, he was stunned to find out that there were limits on his free booze consumption.

Spanish officials first announced the new law in January but its has caught out hundreds of British holiday-makers who are now arriving in the islands.

Jason is urging holidaymakers jetting off to similar Spanish resorts over the summer to check their small print or face incurring hefty drinks costs without warning.

He said: “We only found out when we checked in and only budgeted so much because thought all our food and drink would be covered.

“We were very upset and angry.

“We’ve come as a family of eight to celebrate my cousin’s 40th and while we have still had a good time, we have incurred extra costs as a result.”

Local authorities in Spain introduced the booze ban in January this year, which affects certain resort areas of the Balearic Islands, including Palma, Ibiza and Magaluf.

The new law – which states “alcoholic drinks will be limited to six per day” – is part of a package of measures designed to crack down on anti-social behaviour.

These also believed to include bans on pub crawls, happy hours and two-for-one drinks offers, which are all being enforced by hefty fines.

Jason, from Blackburn, Lancs., said he understood the government is trying to stop yobbish drinking behaviour, but he believes the new rules need to be better advertised.

He said: “I understand they are trying to stem alcohol abuse and rowdy behaviour, but I think this has been done very sneakily – I was not made aware of it and didn’t know about the law.

“We are also here as a family and all-inclusive is great for families as you don’t have to worry about budgeting for food and drink.”

Jason called on travel operators to give holidaymakers more information about how their trips might be affected by the draconian laws.

He also believes that holidays where a three drink per meal rule is in place are being mislabelled and shouldn’t be branded as “all-inclusive”.

“If you are booking an all-inclusive holiday, I recommend that you look at the small print and see what is actually included and what’s not because the rules have changed.”

Holidaymakers writing on social media have reacted furiously to the new laws, which many feel have not been widely publicised.

One Twitter user believed that inclusive holidays with booze limits should be marketed as “half-board” – and called for hotel contracts where this wasn’t clearly stated to be ripped up.

He said: “Brits will now be restricted to just six drinks a day, which can only be accessed alongside their lunch and dinner – offering them a mere three drinks per meal.”

“[That’s] usually referred to as “Half Board Plus”. It’s time to cancel the hotel contracts for All Inclusive basis.”

A spokesperson for the ABTA – The Travel Association said the rules have the potential to cause “confusion” among holidaymakers.

They said: “ABTA strongly supports initiatives that improve the health and safety of holidaymakers, as well as the welfare of local communities.

“Some of the measures introduced by the Balearic Islands authorities to limit anti-social behaviour have potential to cause confusion for UK holidaymakers.

“We welcome the recent clarification from the authorities, including that the restrictions will only apply to certain limited areas in Mallorca and Ibiza rather than the whole of the Balearics as originally proposed.

“ABTA will continue to engage with the Balearic Islands Government, ABTA Members and other parties, to encourage clear communication and exchange of information, in order to ensure holidaymakers travelling to hotels in the designated areas enjoy a positive customer experience.”

Travel operator Thomas Cook recently alerted their customers to the crack down on free booze through an email.

They said: “Please be advised that a decree has been issued by the Balearic Government on a new restriction for All Inclusive meal option.

“There is a maximum of six alcoholic drinks per person per day that can be served and these drinks will be provided only during lunch and dinner ( 3 each).

“Please be aware that Magalluf, El Arenal, Playa de Palma in Mallorca and Sant Antoni in Ibiza, there is new restriction on All Inclusive.”

Love Holidays, which sold the all inclusive holiday to Jason, has been approached for comment.

«Previous Post
VIDEO: Ukrainian Mum One Of First To Get A Job In UK»Next Post
COVID 19: How Your Genes Affect Your Survival