Researchers have known for some time that modern Adriatic ecosystems are considerably altered compared to historical baselines.
By Darko Manevski May 2, 2022
Facebook
Twitter
Linkedin
Email 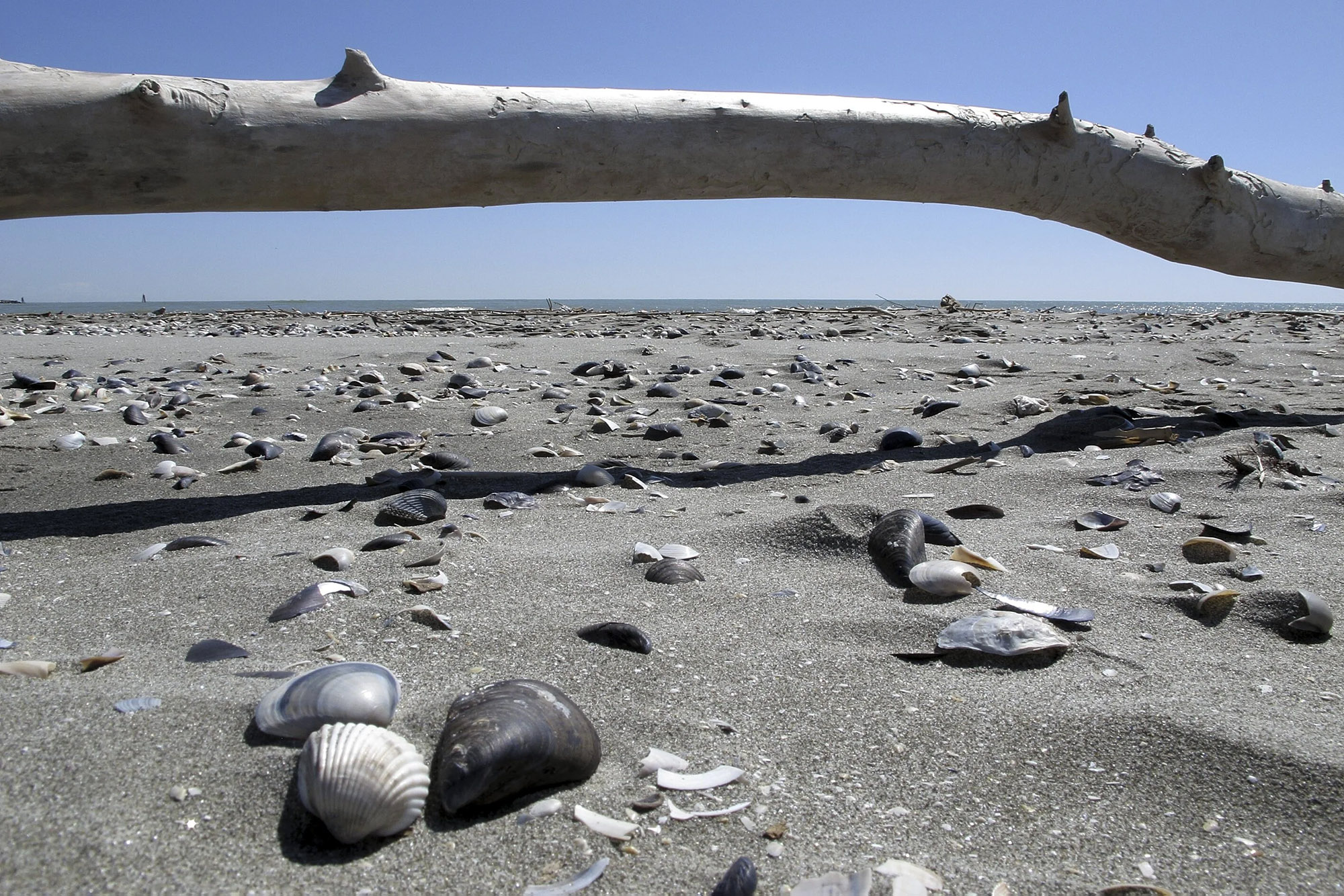 Adriatic mollusks have proven to be incredibly resilient to climate change, weathering the last ice age with nearly no long-term effects. (Fabio Negri/Zenger)

Human activities rather than climate change are having a more devastating effect on mollusk communities according to new research.

An analysis of more than 70,000 fossils indicates that mollusk communities were incredibly resilient to major climatic shifts during the last ice age.

Scientists from the Florida Museum of Natural History and several European research institutions tracked the history of Adriatic ecosystems through two warm periods that bookend the most recent glacial expansion.

Their results show that major changes in temperature, salinity and sea level had much less of an impact on mollusk communities than the current environmental crisis caused by human activity in the region.

Senior author Micha&lstrok; Kowalewski, the Florida Museum Thompson chair of Invertebrate Paleontology, said: “It is sobering to consider that about 120,000 years of major climate change did not affect these ecosystems nearly as much as the human-induced changes of the last few centuries.”

In a statement commenting on the report they said: “As shown by many previous studies, human impacts like overfishing, eutrophication, pollution, and bottom trawling are strongly affecting Adriatic marine ecosystems and are the primary driver of the ongoing degradation.

“However, many of these stressors are interacting with climate change and their negative effects will only intensify with further warming. For example, even though euthrophication is the key reason for the increased frequency of anoxic events leading to massive die offs of benthic animals, higher water temperatures would make such devastating events even more likely.”

Researchers have known for some time that modern Adriatic ecosystems are considerably altered compared to historical baselines.

Co-author Rafa&lstrok; Nawrot, a postdoctoral researcher at the University of Vienna, and formerly with the Florida Museum, said: “There are multiple human-driven stressors on these ecosystems, such as changes in land use that increase sedimentation rates.

“This has occurred as far back as the Roman Empire, when increased agriculture led to higher rates of erosion.”

While prior civilizations along the Italian peninsula have left a notable signature on Adriatic ecosystems, Nawrot explains that most of the changes have occurred within the last century.

The influx of fertilizers into rivers and estuaries have sparked runaway reactions that deplete oxygen in marine and freshwater environments.

Nawrot said: “The Adriatic Sea is the most heavily trawled area in the world.”

What scientists have lacked, up until now, was data on natural disturbances in the Adriatic’s recent past they could use to assess the significance of current ecological changes.

Lead author Daniele Scarponi, an associate professor at the University of Bologna, said: “By looking at the fossil record, you can reconstruct a range of natural variability. If the present-day community falls outside that range, it’s probably because of us.”

To fill the gap in the region’s history, the researchers sieved long, vertical sediment cores for marine mollusk fossils dating back to the Late Pleistocene.

The ice ages were a turbulent time for global marine ecosystems. Sea levels rose and fell as water from the world’s oceans was cyclically released from and trapped in massive continental glaciers. All told, there were about 17 ice ages during the Pleistocene, starting approximately 2.5 million years ago and ending with the final retreat of the glaciers just 12,000 years before present.

The changes wrought by the onset of the last ice age are especially evident in the Adriatic Sea, which is mostly shallow across its northern extent. When sea levels dropped by about 400 feet at the peak of the ice age, the northern Adriatic nearly ceased to exist, its shores retreating over 150 miles south toward the Mediterranean.

“It would have been possible to walk from modern-day Italy to Croatia,” Scarponi said. “The entire northern part of the basin was exposed and transformed into an immense lowland plain.”

By studying fossils preserved before, during and after the last ice age, the researchers could directly observe the changes to mollusk communities. Their results show that as oceans receded and cooled, mollusks that are today restricted to colder regions flourished in the Adriatic while warmth-loving species declined.

The researchers note, however, that despite the strong shift in numbers, very few species disappeared altogether.

Nawrot said: “The main difference between mollusk communities through the glacial/interglacial cycles isn’t extinction or the appearance of new species, but rather changes in relative abundance.”

When the glaciers receded and the Adriatic swelled to its modern boundaries, mollusk species reverted back to their previous abundance patterns. If scientists hadn’t known there was an ice age in-between, it would have seemed like nothing much had happened at all based solely on mollusks.

Kowalewski said: “Our fossil analyses show that communities of mollusk species along northern Adriatic coasts essentially re-assembled into a nearly identical image of themselves when the sea returned.”

By itself, the finding that mollusks are resilient to climate change is good news. Modern marine communities are already contending with increasing ocean temperatures associated with global warming caused by humans.

Scarponi said: “Temperatures during the last interglacial were actually a few degrees higher than they are at present, and yet we see the same associations of mollusks. That means near-shore mollusk communities will likely be resilient to a slight increase in temperature going forward.”

But a warmer world brings with it a unique set of compounding problems, warns Nawrot.

He said: “Many stressors, like anoxia and the effects of invasive species, will only intensify with warming, even if higher temperatures alone wouldn’t be a huge deal.”

The future of marine ecosystems in the Adriatic and throughout the world’s oceans remains an open-ended question, one the study authors maintain will require a variety of strategies to solve.

The study was published in the journal Global Change Biology.