The attack - filmed “somewhere” in the south of Ukraine - came as the Russian invasion enters its 64th day.
By Lee Bullen April 29, 2022
Facebook
Twitter
Linkedin
Email 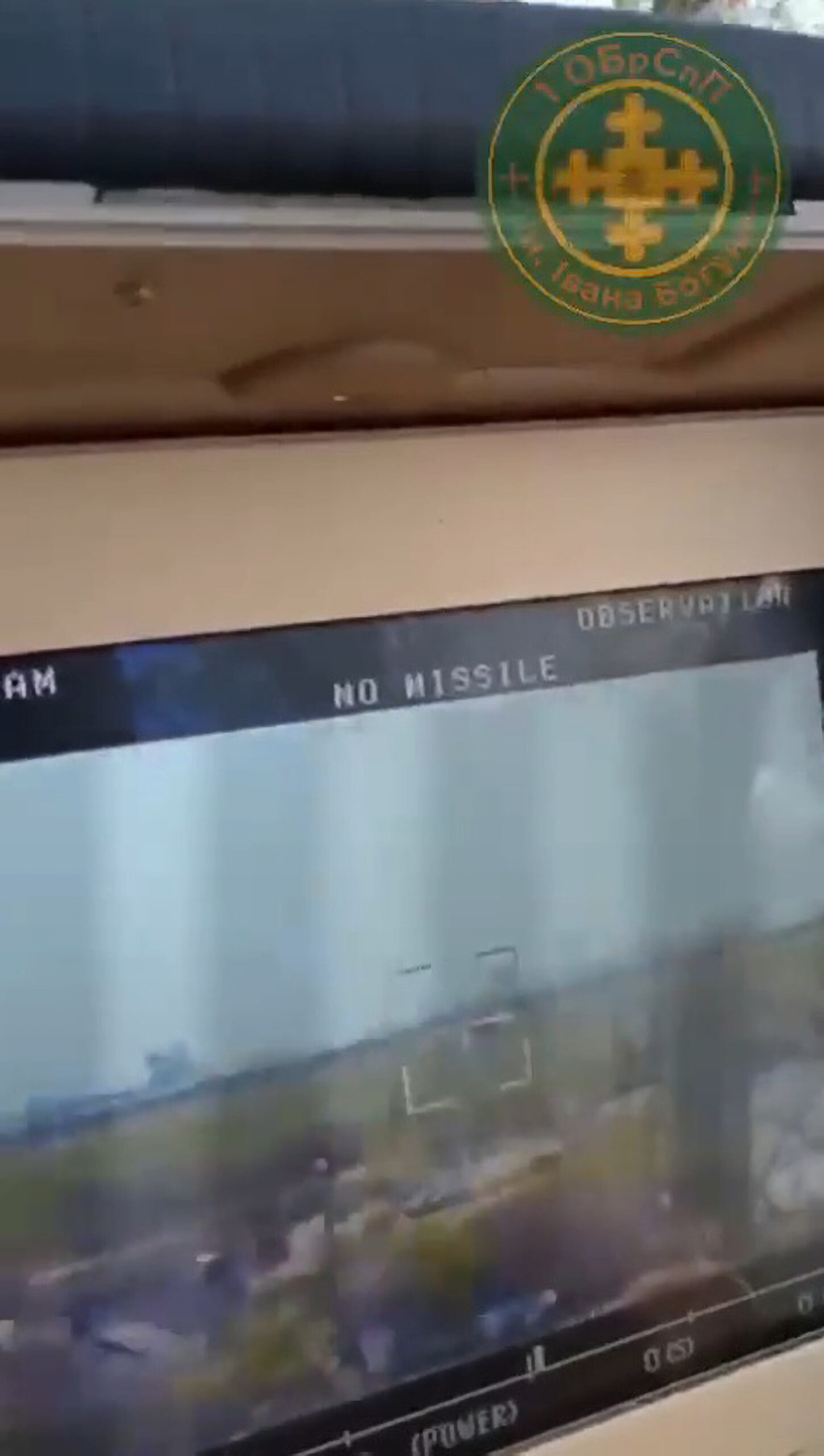 The attack – filmed “somewhere” in the south of Ukraine – came as the Russian invasion enters its 64th day.

The Ukrainian military said they used a Stugna-P anti-tank missile system to destroy one tank and an armoured infantry vehicle.

“Somewhere in the south of Ukraine, an enemy tank and infantry fighting vehicle were eliminated.

“The Stugna anti-tank missile system, which was provided to our brigade by the Luch Design Bureau, continues to destroy the occupiers’ equipment at the skillful hands of the guys from the first battalion.”

In the footage, a Ukrainian soldier is heard exclaiming “yes” as he pinpoints a target on the screen that explodes seconds later.

He then apparently selects a second target that is also destroyed by a Ukrainian missile.

The talks involving US Secretary of State Antony Blinken and US Defence Secretary Lloyd Austin in Kyiv on Sunday mark the highest-level visit by US officials since the Russian invasion began. Officials said Washington has pledged over USD 700 million (GBP 549 million) in additional military aid to Kyiv.

Meanwhile, President Putin has reportedly agreed “in principle” to the evacuation of civilians from the Azovstal steel plant in Mariupol by representatives of the United Nations and the International Committee for the Red Cross. The Russian leader made the concession to UN Secretary-General Antonio Guterres during a meeting in Moscow.