VIDEO: HATE BALL OF FIRE: Inferno As Russian Missile Slams Into Ukrainian Base 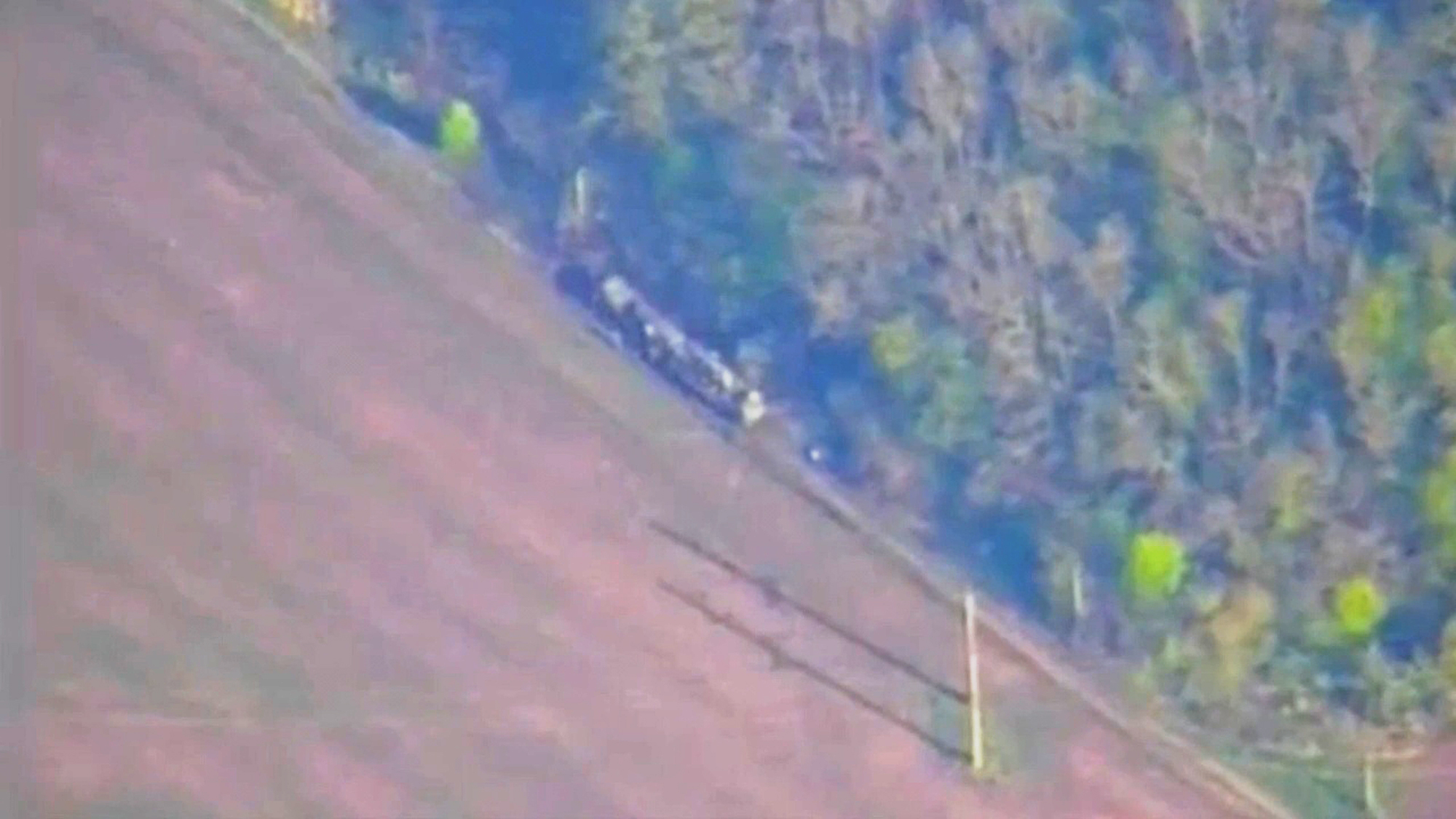 Brutal footage of a Ukrainian military base apparently being turned into a fireball has been released by the Kremlin.

Moscow defense officials claim to have blown up two manned command posts, military equipment and troops in the massive blast.

But it is not clear from the footage exactly what was hit in the strike, nor where it took place.

The Russian MoD’s Press Service and Information Directorate said: “The Armed Forces of the Russian Federation continue the special military operation in Ukraine.

“Among them were destroyed: two command posts of Ukrainian troops, as well as 15 areas of concentration of manpower and military equipment.

“The operational-tactical and army aviation of the Russian Aerospace Forces hit 38 military facilities of Ukraine.

“Among them: seven command posts, two anti-aircraft missile systems, one S-300 in the Nikolayevka area and one Osa AKM in the Velyka Kamyshevakha area, two fortified areas, as well as 27 places of concentration of manpower and Ukrainian military equipment.

“Over 210 nationalists and 43 armored vehicles and vehicles were destroyed.

“Artillery units completed 309 fire missions during the day. Affected: 14 command posts, 292 areas of concentration of manpower and military equipment of the Armed Forces of Ukraine, as well as three ammunition depots in the Chervonoe and Ilyichevka districts of the Kharkiv region.

“Russian air defense systems shot down a Mi-24 helicopter of the Ukrainian Air Force in the Cherkasskaya Lozovaya area of &ZeroWidthSpace;&ZeroWidthSpace;the Kharkiv region. Also, two Ukrainian unmanned aerial vehicles were destroyed in the areas of the settlements of Pesky-Radkovsky and Borshchevka.

“Since the beginning of the special military operation, the following have been destroyed: 141 aircraft, 111 helicopters, 609 unmanned aerial vehicles, 275 anti-aircraft missile systems, 2,616 tanks and other armoured combat vehicles, 297 multiple rocket launchers, 1,139 field artillery pieces and mortars, as well as 2,426 units of special military vehicles.”

The AFU General Staff also said Russia had lost about 22,800 troops over the course of the invasion thus far.

«Previous Post
VIDEO: The Snugs Of War: Puppies Cuddle Up To Cat Mum And Her Kittens In Wartorn Ukraine»Next Post
VIDEO: Millions Of Men Say They Are Not Feeling Okay