VIDEO: Field Day: Russian Squaddie Picked Off As He Strolls In Grass 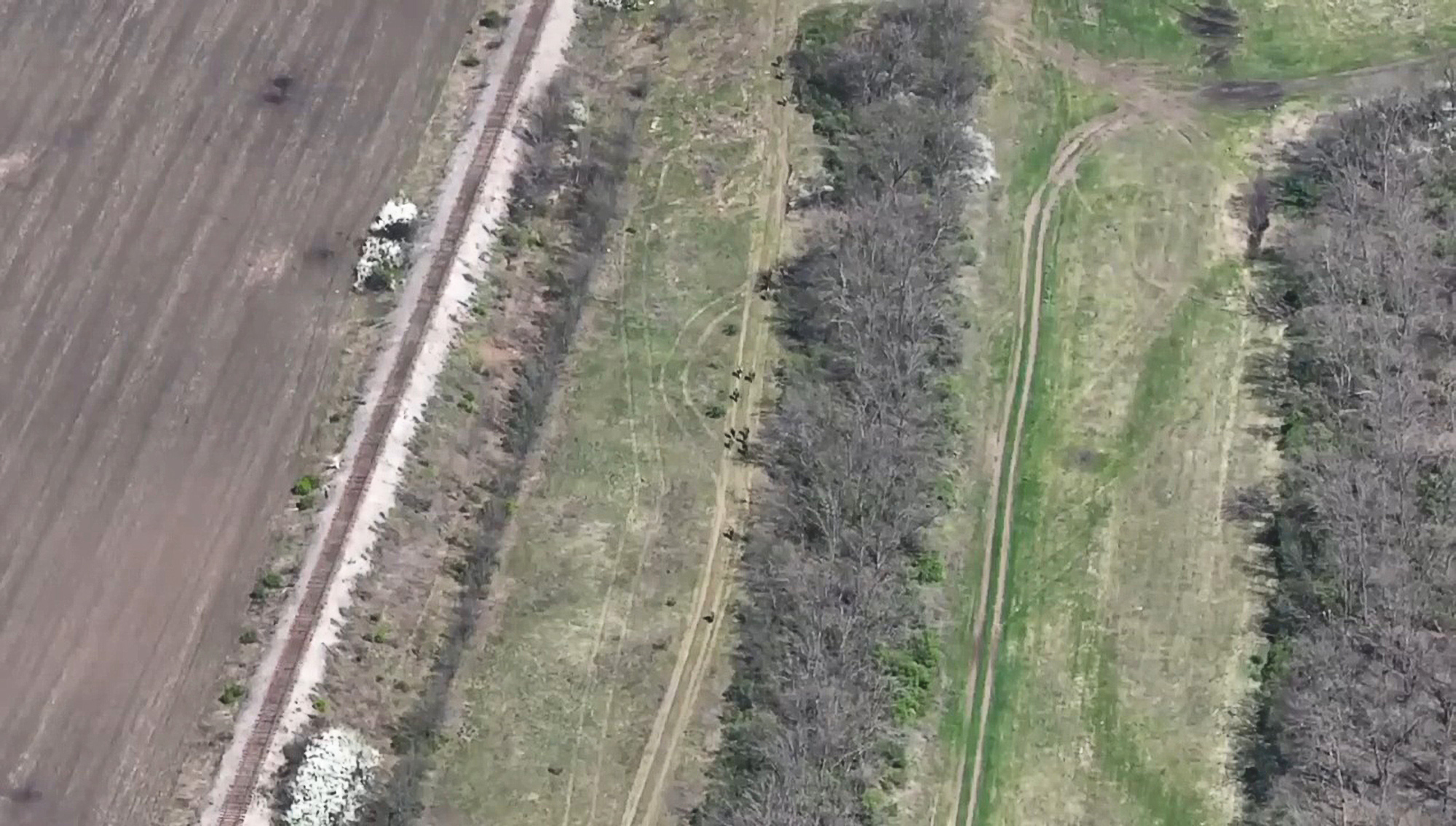 An unsuspecting Russian trooper was blown up when he was hit by an artillery strike from Ukrainian forces.

Aerial footage purports to show Russian troops marching across a field before an explosion is seen and a soldier is left motionless on the ground.

It opens with Russian troops marching across a field in an unspecified location in Ukraine.

Suddenly, an explosion is seen, and, after the smoke clears, what appears to be a fallen Russian soldier emerges. His colleagues then rush to his aid as the shelling continues.

The 53rd Separate Mechanised Brigade said (in Ukrainian): “The horde of the Russian Federation marched on the Ukrainian field, enjoying the landscape.

“But the soldiers of the Separate Mechanised Brigade named after Prince Vladimir Monomakh made adjustments to this peaceful picture.

The 53rd Separate Mechanised Brigade is subordinated to Operational Command East and is deployed in Sievierodonetsk and Lysychansk, in Luhansk Oblast.

Luhansk and Donetsk Oblasts comprise the Donbas region of Ukraine.

This is where Russia is now focusing its invasion after withdrawing its forces from around Kyiv and Chernihiv earlier this month.

The General Staff of the Armed Forces of Ukraine (AFU) reported earlier today that Russia had lost around 22,800 troops over the course of the invasion thus far.

Russian troops invaded Ukraine on 24th February in what the Kremlin is now calling a “special military operation” to “protect Donbas”. The invasion is now in its 64th day.

The report comes as United Nations Secretary-General Antonio Guterres, who has been visiting occupied sites around Kyiv, calls war in the 21st century an “absurdity”.