Officials said the car chase started around 1.15 am when officers attempted to stop the driver.
By Lee Bullen April 29, 2022
Facebook
Twitter
Linkedin
Email 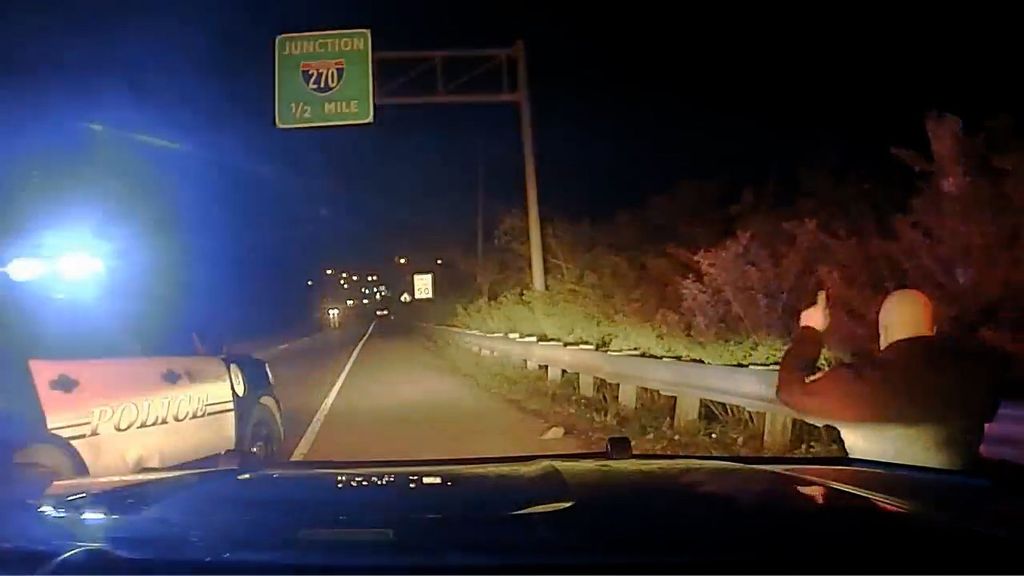 The teen jumping from the stolen car during a police chase in Whitehall, Ohio, USA. (@WhitehallPD/Zenger).

A teenage carjacker ran himself over as he tried to dodge a police chase by hurling himself from the moving vehicle.

Instead of giving the patrol car the slip, the 16-year-old was clipped by the stolen vehicle and sent spinning into the roadside crash barrier.

Police dashcam footage of the chase shows the hapless crook knocked flat while the stolen car carries on down the highway in Whitehall, Ohio, USA, on April 27th.

Officials said the car chase started around 1.15 am when officers attempted to stop the driver.

The police had deployed stop sticks just before the suspect jumped from the moving car.

In the footage, the vehicle is seen rolling several hundred feet along the hard shoulder after the driver jumps out.

He was reportedly already wearing a neck brace from an injury he suffered in a previous carjacking incident.

Hospital medics treated him for minor injuries after his second crash.

Meanwhile, local cops also arrested two other teenagers for stealing a vehicle on the same day.

In the other incident at around 1.50 pm, the police tried to stop the 15-year-old driver in the city center before he attempted to speed away.

However, the driver and his 16-year-old passenger pulled over to the side of the road and attempted to flee on foot.

The police found the young suspects nearby and arrested them for receiving stolen property.

The authorities said the 15-year-old driver had been arrested for carjacking in Franklin County in the past.

All three teenagers did not meet the criteria for being held at the Franklin County Juvenile Detention Center and are instead being detained at the Village Network Reception Center.

«Previous Post
VIDEO: Millions Of Men Say They Are Not Feeling Okay»Next Post
VIDEO: Field Day: Russian Squaddie Picked Off As He Strolls In Grass