The rat-like creature - called a cynodont after its huge canine teeth - walked the earth with dinosaurs in the Triassic period.
By Martin M Barillas April 29, 2022
Facebook
Twitter
Linkedin
Email 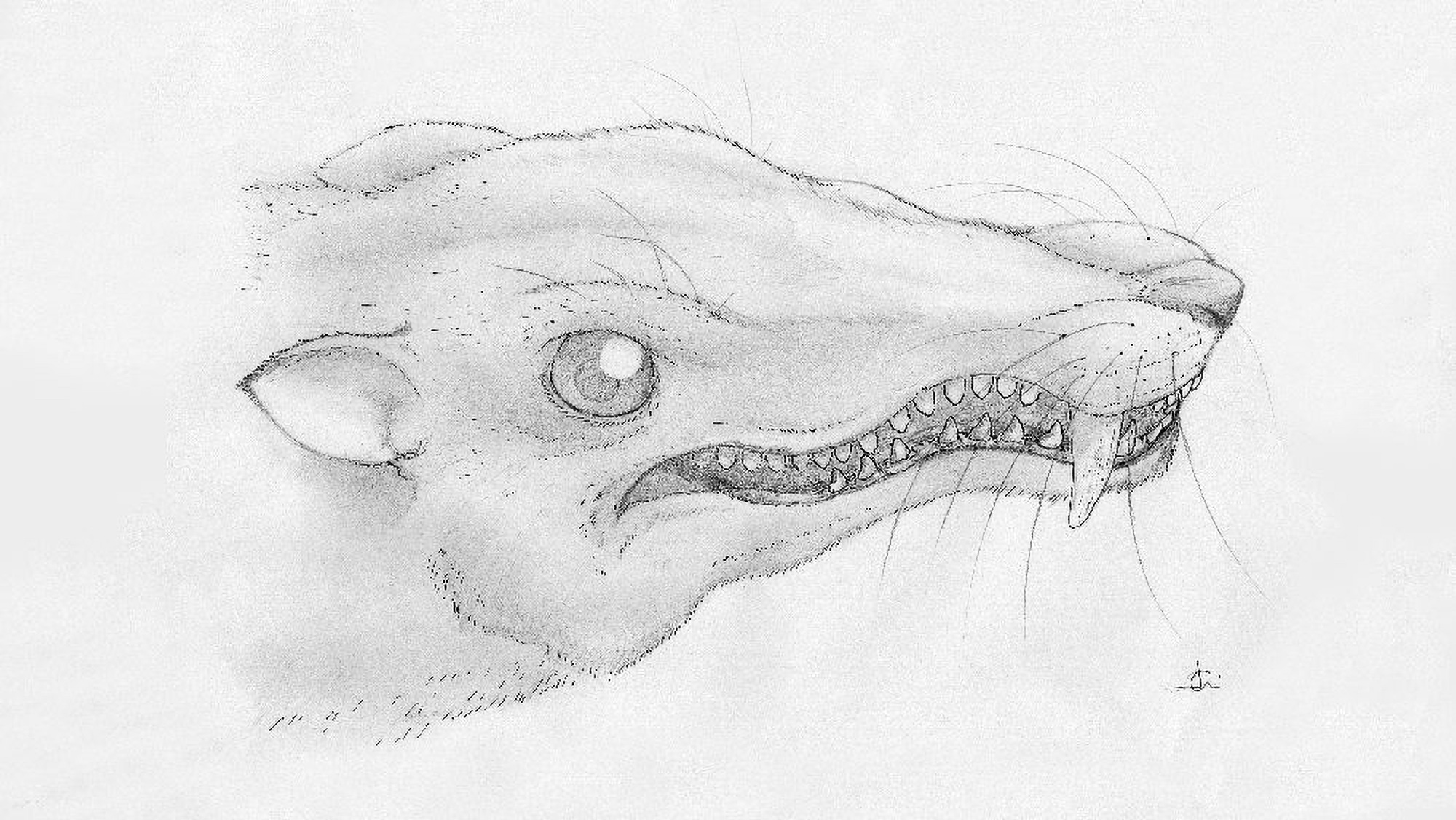 A tiny sharp-toothed rodent that roamed the earth 220 million years ago has emerged as a missing ancestor of today’s mammals.

The rat-like creature – called a cynodont after its huge canine teeth – walked the earth with dinosaurs in the Triassic period.

Now a study published in Scientific Reports has revealed that at the Los Colorados formation in the Talampaya National Park in Argentina, scientists found part of a jaw and skull of a never before seen example of the creature,

The carnivorous ancestor of mammals has been dubbed Tessellatia bonapartei.

Co-author Leandro Gaetano of the University of Buenos Aires explained the reason, saying: “Tessellatia derives from the Latin word tessella, for the parts forming a mosaic, alluding to the combination of basal and derived characteristics present in this animal, which make it very peculiar.”

The Los Colorados Formation geology is famed for the fossil dinosaurs found there, in addition to cynodonts.

Since 2014, the international team led by Gaetano has been actively working and conducting paleontological and geological surveys at the site in the remote La Rioja province in the Andes.

The small, fragile cynodont skull is about three centimeters long and was embedded in rock.

Because removing the rock mechanically would have endangered the fossil, the scientists instead used computed tomography (CT) scans, much like those used by physicians to detect anomalies in their patients.

Of the scans, Gaetano said, “Through these tomographies, still unusual in paleontology, it was possible to study in detail the anatomy of the skull, jaw and [teeth]. In addition, it was possible to analyze structures that would not have been accessible in any other way, such as tooth replacement and the course of some cranial nerves in the snout, which suggest the presence of [whiskers].”

Fossilized teeth are used to determine the relationships between ancient animals such as cynodonts in the evolutionary record.

The shape of the eye socket and palate are typical of the basal, earlier forms of cynodont, of which Argentine researcher and co-author Fernando Abdala said: “These types of characteristics are what make Tessellatia a mosaic and make it very difficult to classify.”

A basal species is one from which other species branch out in an evolutionary tree of related species.

Although Tessellatia is described as basal and not very close to the original mammals, the researchers point out that the designation may be provisional.

Abdala said: “This is a momentary classification, based on what we know so far. Phylogenies are always under construction, so it is possible that new information will modify the current place of Tessellatia in the tree.”

The study provides the most complete analysis of the evolution or phylogeny of cynodonts yet undertaken.

The study also undertook to understand where this group of animals evolved and how they diversified and spread.

Researcher Federico Seoane said: “Studying the biogeographical history of a group means trying to understand questions such as where the lineage originated, how it spread around the world, how far it went, and where and when it became extinct.”

During the latter part of the Triassic period (251 million to 201 million years ago), the Gondwana super-continent began breaking apart.

Gondwana was made up of what is now Africa, Antarctica, and South America, which drifted part and formed the South Atlantic Ocean after millions of years.

According to Seone, fossils in Argentina, Brazil, and southern Africa are especially important to understand the diversification of Probainognatians such as Tessellatia. It was in the second diversification, he said, during the Norian division of the Triassic Period of 227 to 208.5 million years ago, that the northern hemisphere became relevant.

The authors concluded that the study shows how important that understanding the Triassic period in South America, and Argentina specifically, to reconstructing the evolution of mammals from their nocturnal rat-like ancestors to the present day.

This work highlights that the Argentine and South American Triassic is of great importance in the record of basal cynodonts that allow us to reconstruct the historical mosaic of the ancestors of mammals.

«Previous Post
VIDEO: Millions Of Men Say They Are Not Feeling Okay»Next Post
Cold Comfort: Neanderthals Chilled Out In Summer By Heading North