Captain Louis W. Jarvis fought the German Luftwaffe in the Battle of Britain and took to the skies of France during World War II.
By Anamarija Brnjarchevska April 29, 2022
Facebook
Twitter
Linkedin
Email 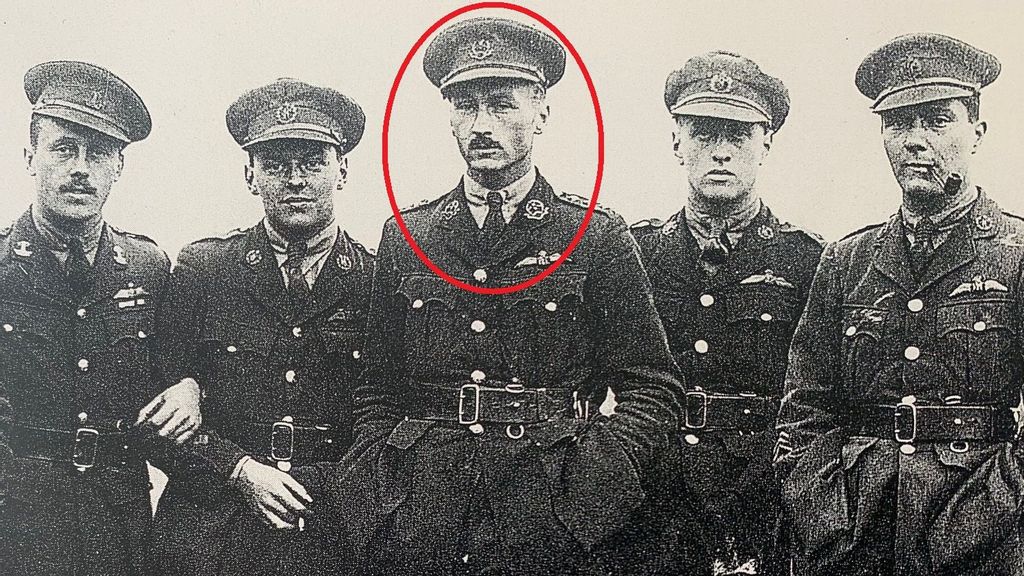 The medals of a prolific RAF pilot who served in both world wars - winning dog fights and surviving crashes - have sold for £6,000. (Matthew Newby/Zenger)

The medals of a prolific RAF pilot who served in both world wars – winning dog fights and surviving crashes – have sold for almost £6,000 ($7,500).

Group Captain Louis W. Jarvis fought the German Luftwaffe in the Battle of Britain and took to the skies of France during World War II.

His impressive war cabinet of nine medals was bought today (Weds) by a specialist collector from Norfolk – Jarvis’ home county.

Jarvis was born in the seaside town of Cromer, Norfolk in 1892 and was commissioned to join the infantry in August 1914 before being transferred to the Royal Flying Corps a year later.

By 1917 he had joined the decorated No. 56 squadron, where he was praised for seven victories in aerial battles and promoted to Flight Commander.

Noting one of his successful dog fights in 1918, Jarvis wrote: “I fired 30 rounds&mldr; at an Albatross two-seater&mldr;

“The observer fired about six shots at me and then disappeared in the bottom of the fuselage.

“The E.A. [enemy aircraft] then turned about halfway through my burst and went down out of control in a slow lopping spiral.”

Jarvis also survived crash landings in his SE5 fighter – including one incident in 1918 which saw enemy bullets spray his engine in mid-air.

Jarvis remained in service in time for the start of the Second World War, during which he battled in France until the evacuation of Dunkirk.

He then took command of the Polish Air Force at Blackpool and was rewarded with the Order of Polonia Restituta – a state order conferred by Poland.

A citation for the award, written in 1943 in the London Gazette, states: “‘He [Jarvis] was for over two years Commanding Officer of the Polish Air Force establishment in Blackpool.

“Working under extremely difficult conditions he was able, thanks to his energy and tact, to gain the confidence and respect of all ranks of the Polish Air Force.

“As a result of his devotion to duty the problem of the personnel of the Polish Air Force who arrived in Great Britain after the collapse of France was successfully settled to a great extent.”