VIDEO: Ukrainian Marksman Cheers As He Blows Up Russian Tank 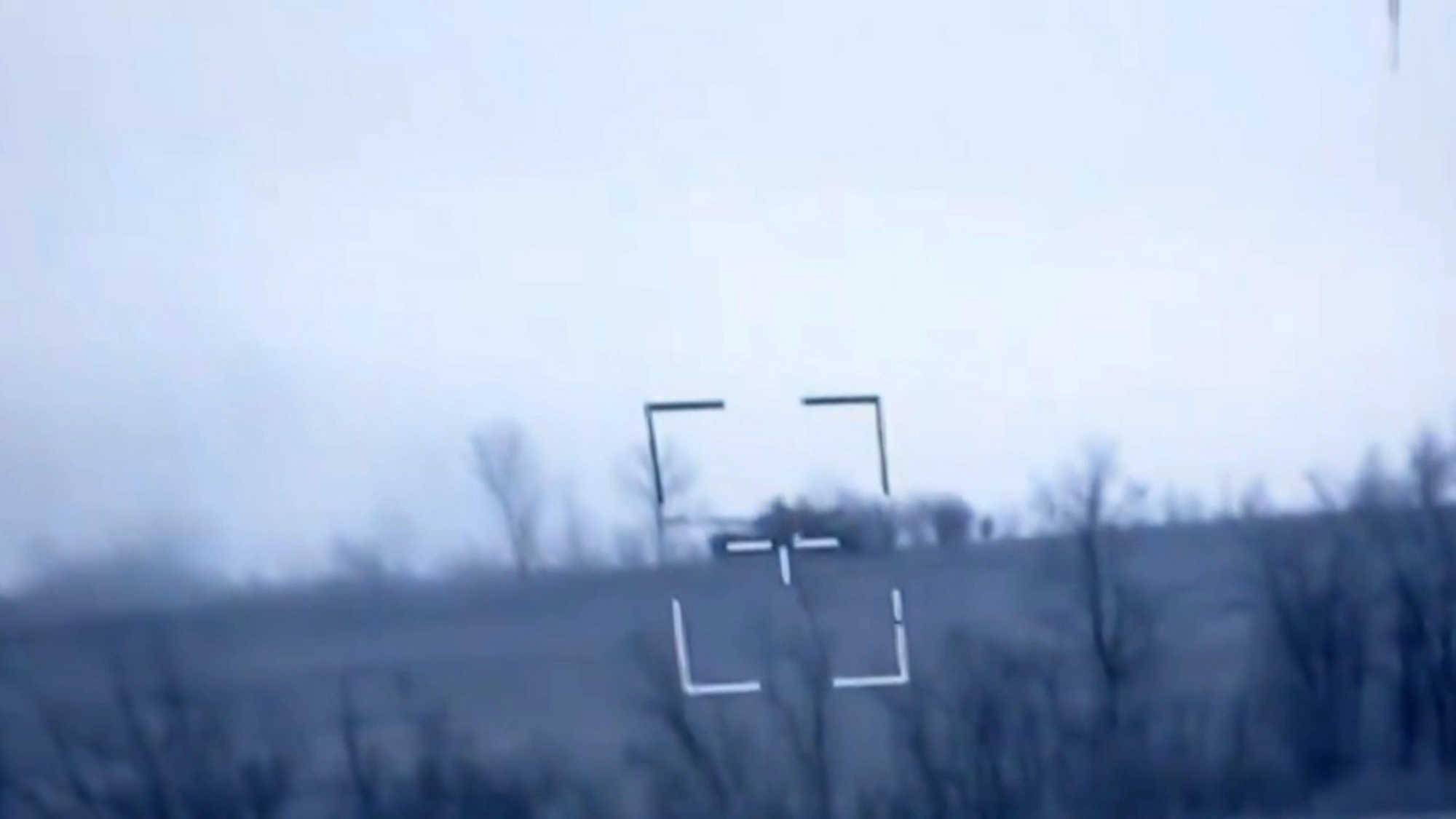 This footage shows an attacking Russian tank unwittingly caught in the crosshairs of a Ukrainian anti-tank system, which blows it up with a missile followed by a loud cheer.

The video shows the Russian tank firing upon an unseen target in Ukraine just seconds before the Ukrainian anti-tank system operator scores a direct hit on it.

The marksman is heard exclaiming with joy when he sees a plume of smoke rising from the damaged vehicle.

The 30th Independent Mechanised Brigade said: “The boomerang effect for orcs works instantly. The occupiers barely had time to release the projectile from the tank on the Ukrainian positions as they immediately went to hell.”

The 30th Independent Mechanised Brigade, which is garrisoned in Novohrad-Volynskyi – a city in northern Ukraine’s Zhytomyr province – did not specify where the strike took place.

However, the focus of the Russian invasion has been firmly on Ukraine’s eastern Donbas region since Moscow withdrew its troops from around Kyiv and Chernihiv earlier this month.

The General Staff of the Armed Forces of Ukraine (AFU) reported earlier today that Russia had lost about 22,400 troops in Ukraine over the course of the invasion thus far.

The reports come as Russian energy corporation Gazprom says it has cut gas supplies to Bulgaria and Poland over those countries’ refusal to pay in roubles.

Kyiv and Brussels are both saying that Russia is using its heft as a major gas supplier to try to blackmail countries supporting Ukraine in the conflict.

Sofia has accused Gazprom of breaching its contract, whereas Warsaw says it will be able to navigate the situation.

The European Union is holding emergency gas talks to determine how to respond. It says it has existing contingency plans.

The unrecognized breakaway state is claimed by Moldova, which considers the narrow strip of land to be under Russian military occupation.

And the Institute for the Study of War – a Washington-based think tank – says the Russian ground invasion of Ukraine is slowly making progress.

Elsewhere, a local official has reported that multiple explosions were heard in the Russian city of Belgorod, which lies around 24 miles from the Ukrainian border.

Russian troops invaded Ukraine on 24th February in what the Kremlin is now calling a “special military operation” to “protect Donbas”. The invasion is now in its 63rd day.