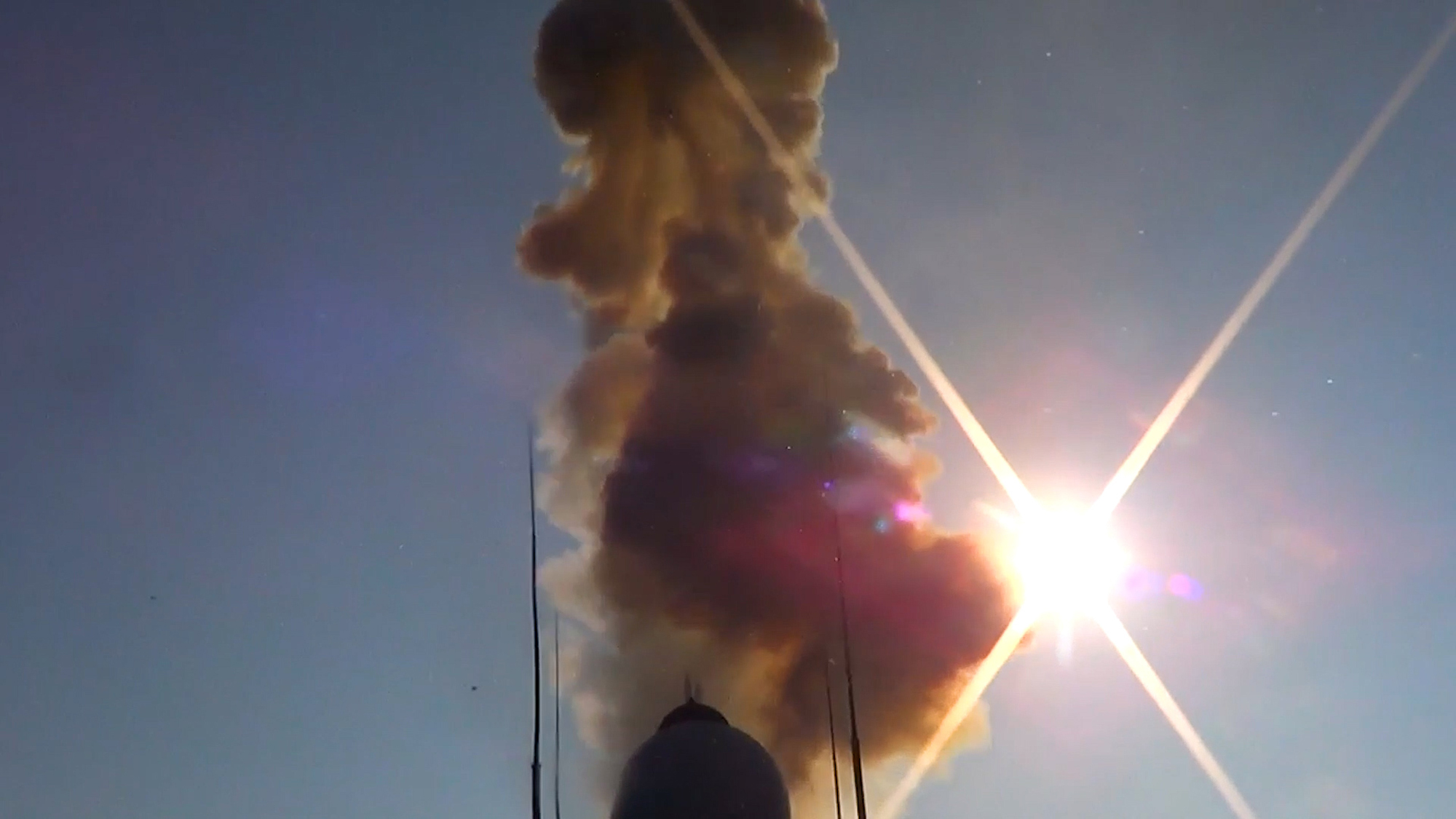 The crew of the Black Sea Fleet frigate has launched a salvo of 4 Kalibr cruise missiles from the Black Sea at the designated ground targets, in Ukraine, in April, 2022. (Ministry of Defense of the Russian Federation/Zenger).

This video purports to show a Russian warship in the Black Sea launching a salvo of missiles at unseen targets in Ukraine.

The Russian MoD said (in English): “The Armed Forces of the Russian Federation continue a special military operation in Ukraine.

“High-precision long-range sea-based Kalibr missile strikes destroyed hangars with a large batch of foreign weapons and ammunition supplied by the United States and European countries for Ukrainian troops on the territory of the Zaporozhye aluminum plant.

“Among them: 50 areas of concentration of Ukrainian manpower and military equipment, 4 weapons and ammunition depots near Chervonoe, Dolgenkoe, Pashkoe and Veseloe, and 1 Buk-M1 anti-aircraft missile system near Slavyansk.

“As a result of the strikes, over 120 nationalists and 35 armored vehicles and vehicles were destroyed.

“Missile troops and artillery performed 573 firing tasks during the night.

“In addition, 1 Ukrainian tactical missile Tochka-U was shot down over Ilyichevka.

“In total, since the beginning of the special military operation, 141 aircraft, 110 helicopters, 607 unmanned aerial vehicles, 273 anti-aircraft missile systems, 2,596 tanks and other armored combat vehicles, 296 multiple rocket launchers, 1,134 field artillery and mortar guns, as well as 2,413 units of special military vehicles have been destroyed.”

The video comes as the General Staff of the Armed Forces of Ukraine (AFU) releases its own figures for the losses it says the AFU have inflicted on the Russians.

The invasion is now in its 63rd day.