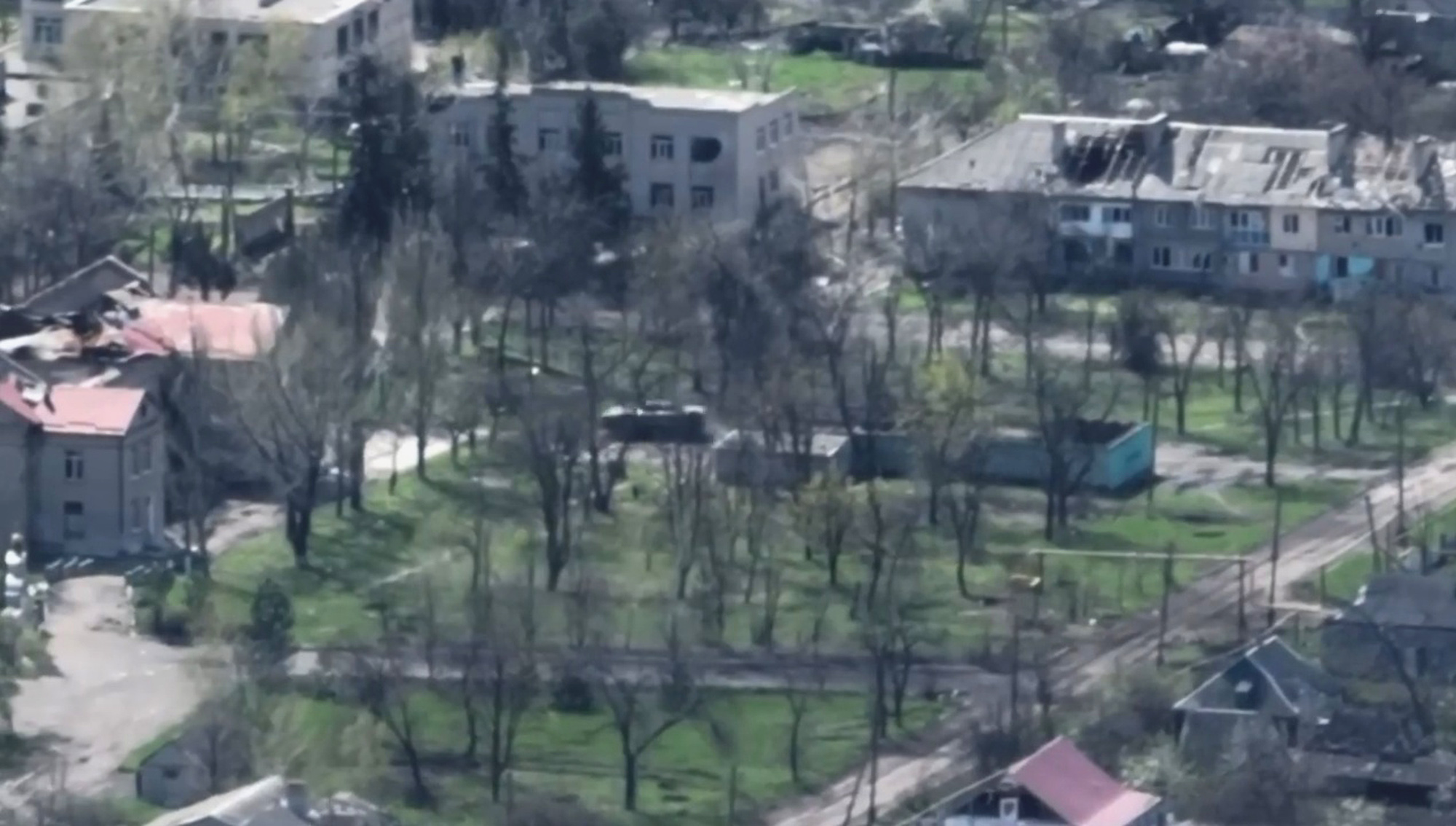 Ukrainian sharpshooters have told how they destroyed a Russian tank with a missile strike without leaving a scratch on a church it was hiding behind.

The Brigade quoted writer English writer G. K. Chesterton, saying: “The true soldier fights not because he hates what is in front of him, but because he loves what is behind him.”

They explained: “That is what Gilbert Keith Chesterton said.

“But in modern realities, we have the right to change this quotation&mldr;

“We love what is behind us and, with all our soul, we hate the evil that came to our house with war.

“Soldiers of the Separate Mechanised Brigade named after Prince Vladimir Monomakh continue to reduce the number of troops in the Russian Federation day and night.

“The skill of the soldiers allowed to destroy only enemy equipment, which the occupier cynically places in Ukrainian villages.

“Russian occupier, wherever you hide, we will find you.

“Together we will win!”

The 53rd Separate Mechanised Brigade is a brigade of the Ukrainian Ground Forces deployed in Sievierodonetsk and Lysychansk, in Ukraine’s eastern Luhansk Oblast.

The brigade did not specify which village the footage was filmed in.

The footage comes as Russian energy corporation Gazprom reports cutting gas supplies to Bulgaria and Poland because of their refusal to pay in roubles.

Kyiv has dubbed the action the beginning of Russian “gas blackmail” aimed at Ukraine’s allies.

Bulgaria has accused Gazprom of breaching its contract. And Poland has said it will simply source gas from elsewhere.

The unrecognized breakaway state is claimed by Moldova, which considers the narrow strip of land to be under Russian military occupation.

And the Institute for the Study of War – a Washington-based think tank – says the Russian ground invasion of Ukraine is slowly making progress.

The Kremlin is now firmly focusing its invasion on Ukraine’s eastern Donbas region after it withdrew troops from around Kyiv and Chernihiv earlier this month.

The Donbas region is home to a large number of Russian speakers, whom Russian President Vladimir Putin has claimed Kyiv is carrying out a “genocide” against.

Officials in Washington have repeatedly dismissed these claims as propaganda.

And a local official has reported that multiple explosions were heard in the Russian city of Belgorod, which lies around 24 miles from the Ukrainian border.