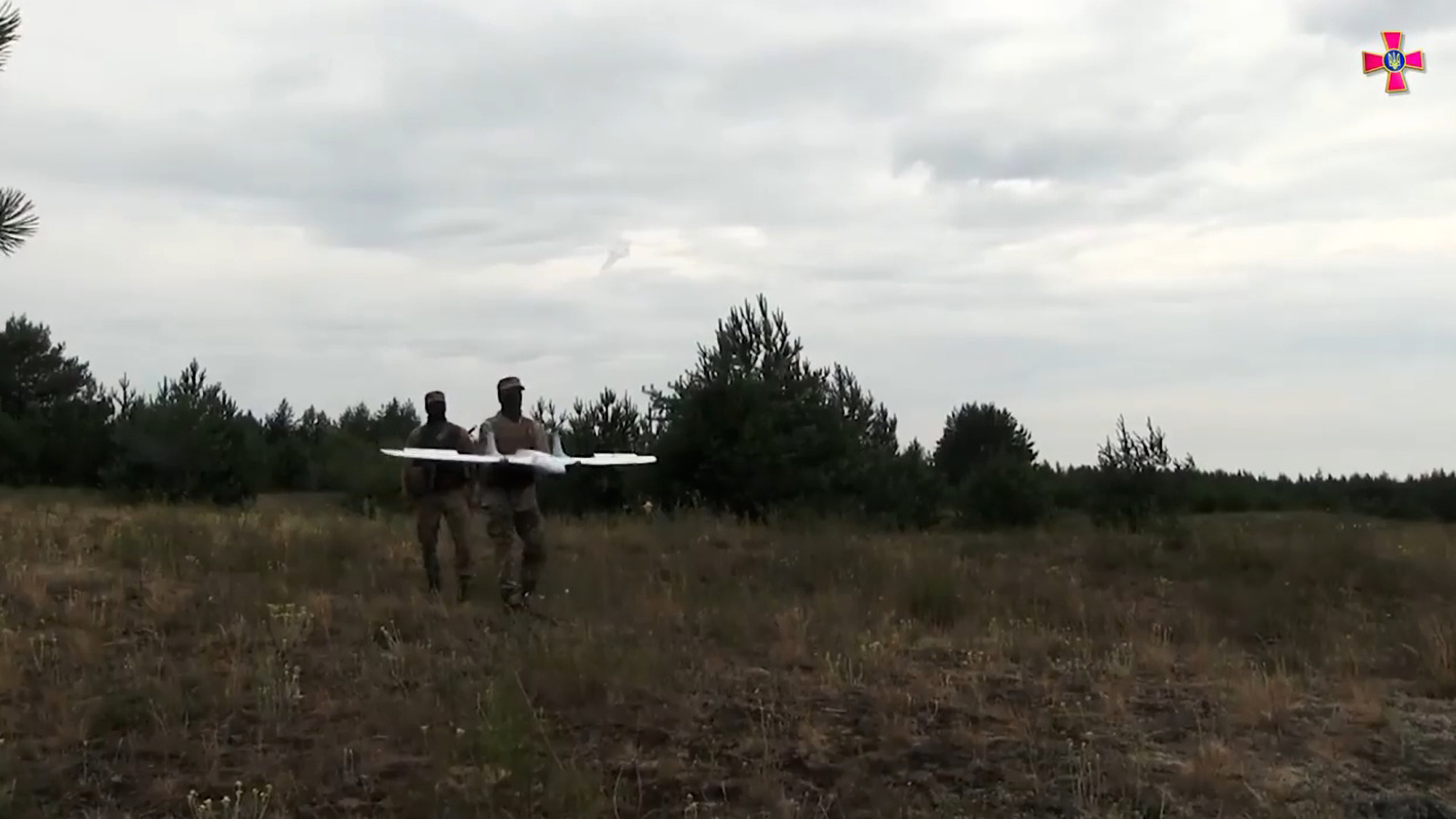 Special Operations Forces of the Armed Forces of Ukraine destroy three tanks of and disabled infantry fighting vehicles of the Russian Army, in Ukraine, in April, 2022. (@CinCAFU/Zenger)

Ukrainian troops have revealed how they used a drone to hunt out a Russian tank column and then blast it to bits with artillery fire.

Footage of the strike released by Ukrainian forces shows a drone being launched by Ukrainian Surveillance Systems Operators (SSO) while troops set up a mobile artillery piece.

The next images show the smoking ruins of what are said to be Russian tanks and armored vehicles.

Commander-in-Chief of the Armed Forces of Ukraine said in a statement on 27th April: “For the past eight years, we have been preparing around the clock to repel full-scale armed aggression by the Russian Federation.

“The skills we have acquired now help us to effectively destroy the enemy.

“The video shows the top work of the SSO units of the Special Operations Forces Command of the Armed Forces of Ukraine.
Together to victory!”

The Command of the Special Operations Forces of the Armed Forces of Ukraine also said in a statement: “Behind the scenes of this video is the skillful and difficult work of the SSO group of Ukraine.

“After all, at the very moment when our operators were pinpointing the fire of Ukrainian artillery, they themselves came under fire from Russian artillerymen.

“As a result of joint work of SSO soldiers and artillery from the Defence Forces of Ukraine, three tanks of the occupiers were destroyed and the enemy’s infantry fighting vehicles were disabled.”

The talks involving US Secretary of State Antony Blinken and US Defence Secretary Lloyd Austin in Kyiv on Sunday mark the highest-level visit by US officials since the Russian invasion began. Officials said Washington has pledged over USD 700 million (GBP 549 million) in additional military aid to Kyiv.

Meanwhile, President Putin has reportedly agreed “in principle” to the evacuation of civilians from the Azovstal steel plant in Mariupol by representatives of the United Nations and the International Committee for the Red Cross. The Russian leader made the concession to UN Secretary-General Antonio Guterres during a meeting in Moscow.