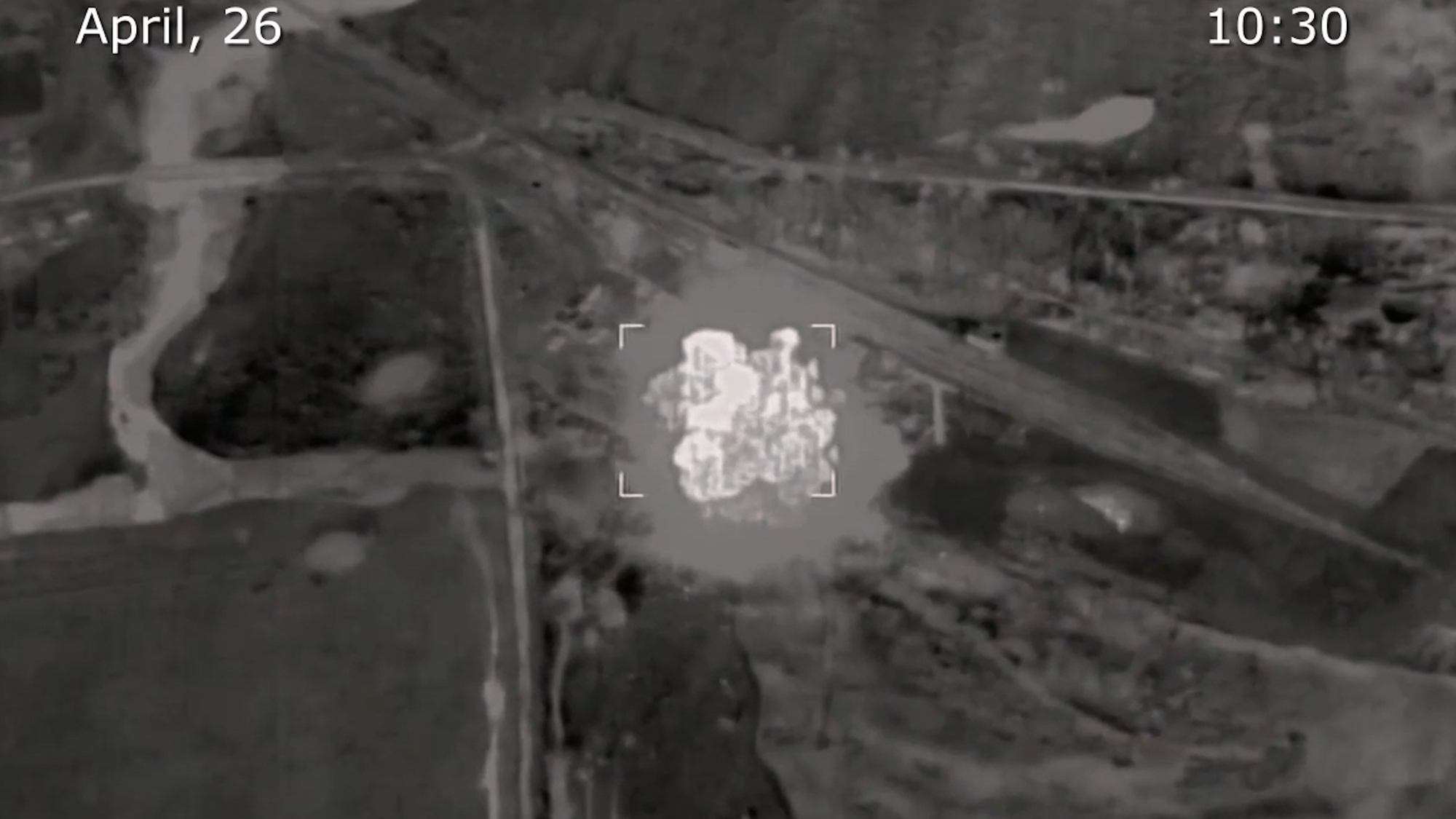 Russian military chiefs have told how their troops destroyed a Ukrainian ammunition store with a single rocket strike.

A video clip obtained by Zenger News from the Russian Ministry of Defence is said to show a missile hitting the military facility, causing it to explode in a huge fireball.

“Among them are 79 areas of concentration of manpower and Ukrainian military equipment.

It is not clear where the first video was filmed. However, the Russian MoD claimed four military facilities were hit in the latest round of missile strikes, two housing personnel and military equipment and the other two holding ammunition.

The Russian MoD said the facilities were located in the districts of Kurulka and Novaya Dmitrovka, in Ukraine’s eastern Kharkiv region.

Neither side’s claims can be independently confirmed.

Russian troops invaded Ukraine on 24th February in what the Kremlin is calling a “special military operation”. The invasion is now in its 62nd day.

Officials in Moscow initially said the goal of the “operation” was to “demilitarise and denazify” Ukraine, but now they say it is to “protect Donbass”.

Donbas is the transliterated Russian spelling of Donbas, the eastern Ukrainian region where the Kremlin is now focusing its efforts after it withdrew its forces from north of Kyiv, in the north-central part of the country.

The Donbas region is home to a large number of Russian speakers, against whom Russian President Vladimir Putin has long claimed Kyiv has been carrying out a “genocide”.

US officials have repeatedly dismissed such claims as propaganda.