VIDEO: Hum And Get It: Wildlife Fans Tips On Feeding Hummingbirds 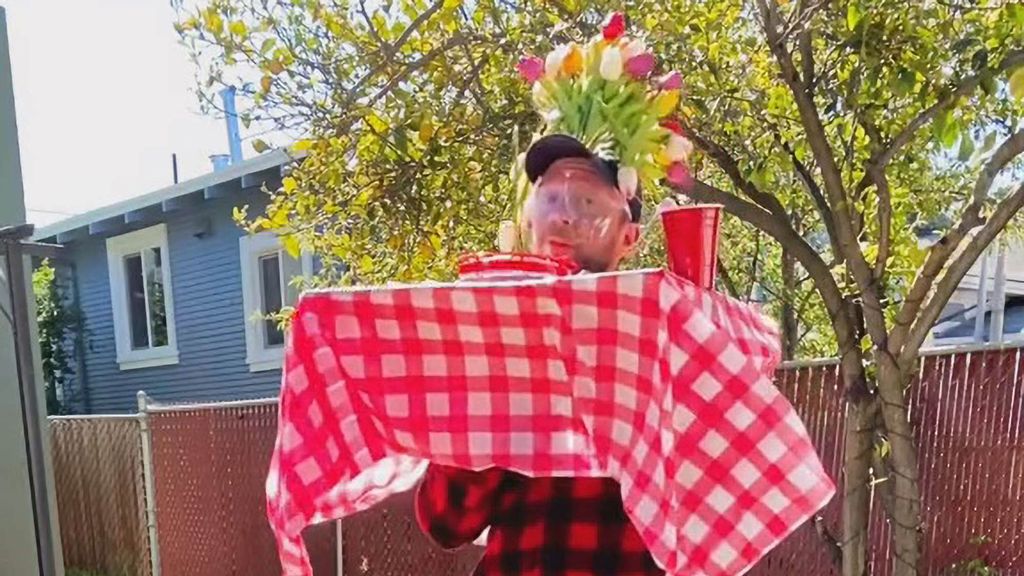 James Manzolillo, 34, also known as HumDaddy, who lives in Oakland, USA, feeds a hummingbird in an unusual way. (@hum.daddy/Zenger)

A park ranger has become a TikTok wildlife star after revealing how interacting with hummingbirds can boost people’s moods.

James Manzolillo, 34 – known as HumDaddy to fans – has more than 720,000 TikTok followers thanks to his tips on how to feed and care for the tiny nectar-eating birds.

James – from Oakland, California, USA – began to notice the birds when he suffered from depression after the deaths of his grandmother and his aunt left him “in a really low place”.

But a hummingbird flew up to him while he was sitting on his balcony one day and reminded him “that I could still feel happiness, that I was still alive”.

He told Zenger News: “I have always loved animals since I was a small child. I would cut out pictures of wild animals from nature magazines and play with them for hours.

“I have also worked as an animal rehabilitation technician, helping injured or orphaned animals get their second chance at life.

“I am now a Park Ranger where I get to be an advocate for nature every day.

“What I like most about hummingbirds is how bold and brave they can be despite their very small size.

“They give me the inspiration to be bold in life, and to not be afraid.

“To be yourself despite any setbacks you might face, like being a really small hummingbird but still having a larger than life personality.”

“They eat double their body weight in nectar every day. They can also eat over 1,000 insects a day.”

James told Zenger News: “Hummingbirds are seen all year round in the area where I live so I am able to feed them every day.

“Other parts of North American only get hummingbirds in the spring and summer months.”

Following a string of viral videos on TikTok, James said: “It all came as a surprise and a great honour.

“The fact that I owe it all to the hummingbirds is not lost on me. They’re the real stars of the show.

“I’m just so glad and blessed that they have given me an outlet to be myself and lean into a craft that I find so much joy in doing.

“Coming up with new, innovative ways to feed birds is a blast and has been such a thrill.

“I’d like people to know that nature can be so incredibly healing. If you’re ever looking for free therapy, go to nature. We must protect it at all costs.”

James told Zenger News: “Oftentimes, people criticise me for ‘having too much time on my hands’. I’d like to normalise using our free time to do something productive for our own mental health and betterment.

“Instead of playing video games for hours, or going out to bars on the weekend, I choose to use my free time crafting up new fun ways to interact with nature.

“I’d like people to know that it’s okay to be different and to use your time however you see fit.

“I’ve turned this hobby into a side hustle selling hummingbird feeders and making some extra income doing something that I love. And in the process, I have found myself.”

«Previous Post
Burglar Who Raided 20,000 Homes Offers Tips On How To Be Safe From Crooks»Next Post
Silicon Chips That Can Kill Implanted In Living Cells By Spanish Scientists