VIDEO: Fleeing Driver Runs Down One Cop And Sends Another Sprawling

The incident took place in the city of Franklin in Williamson County in the US state of Tennessee at around 10.20am on 24th April.
By Lee Bullen April 28, 2022
Facebook
Twitter
Linkedin
Email 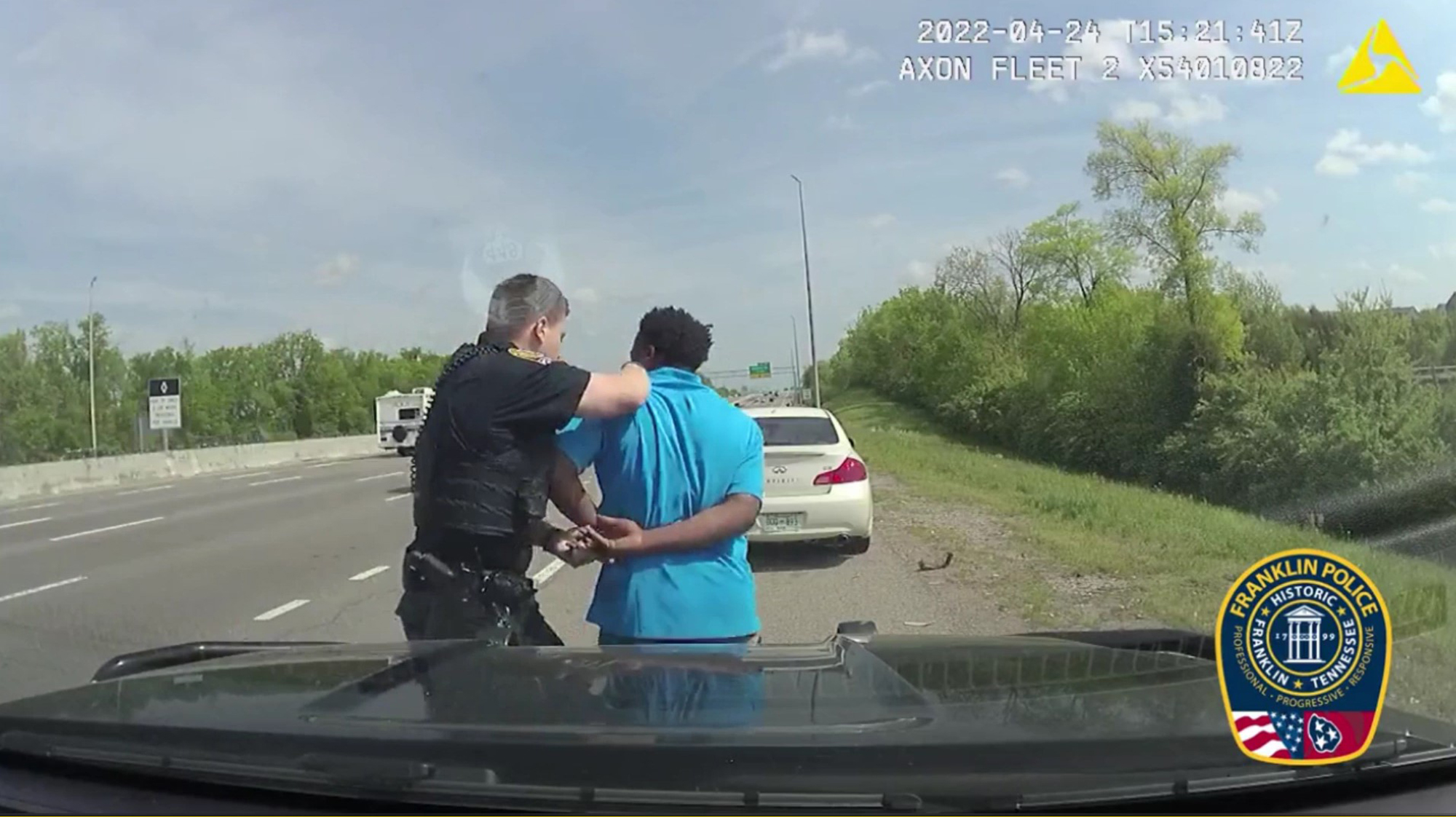 A driver mowed down one cop and sent another flying as he tried to escape a traffic stop.

The suspect – named as Roy Nicholson, 26 – tried to flee after police smelled marijuana when he opened his car door and they also spotted a gun in the vehicle.

Bodycam footage of the drama shows Nicholson being led towards his stopped car in a wristlock.

But he’s shown breaking away from the hold and dragging the officer towards his vehicle.

As another officer piles in, Nicholson starts up the car and speeds off sending both officers sprawling on the road.

The incident took place in the city of Franklin in Williamson County in the US state of Tennessee at around 10.20am on 24th April.

Franklin Police Department said in a statement on 25th April: “Two Franklin Police Officers were injured yesterday after a fleeing suspect [dragged] them from his car, running one of the officers over.

“At 10:20, Sunday morning, an officer stopped 26-year-old Roy Nicholson, of Columbia, on I-65 N, between Murfreesboro Rd. and McEwen Drive.

“The Officer, who was initially investigating a traffic violation, asked Nicholson to step out of his car after seeing a gun in the vehicle and smelling marijuana.

“Once outside of the car, Nicholson began actively resisting the officer.

“In this dramatic dash-cam video, you see Nicholson break away from the officer, get back into his car where a firearm was present, and then drag Officer Dustyn Stevens and an assisting Officer, Matt Lamarr, down the Interstate, before running over Officer Stevens during his getaway.”

The police said road users provided officers with updated information that led to them arresting Nicholson outside a Walmart store.

Meanwhile, Officer Stevens was taken to hospital and was later discharged.

The police said Nicholson was charged with Felony Evading and two counts of Aggravated Assault Against a First Responder and is on a USD-40,000 bond with a court date scheduled for 9th June.

Franklin Police Department stated: “Nicholson, charged with x2 counts of Aggravated Assault Against a First Responder and Felony Evading is free on the USD 40,000 bond set by the Magistrate. He is due in court at 1:00 on June 9. Additional charges are expected in this case.”

Franklin Police said it is amazing that no one was more seriously injured.