The study carried out in Spain opens new lines of research in the field of nanomedicine.
By Darko Manevski April 28, 2022
Facebook
Twitter
Linkedin
Email 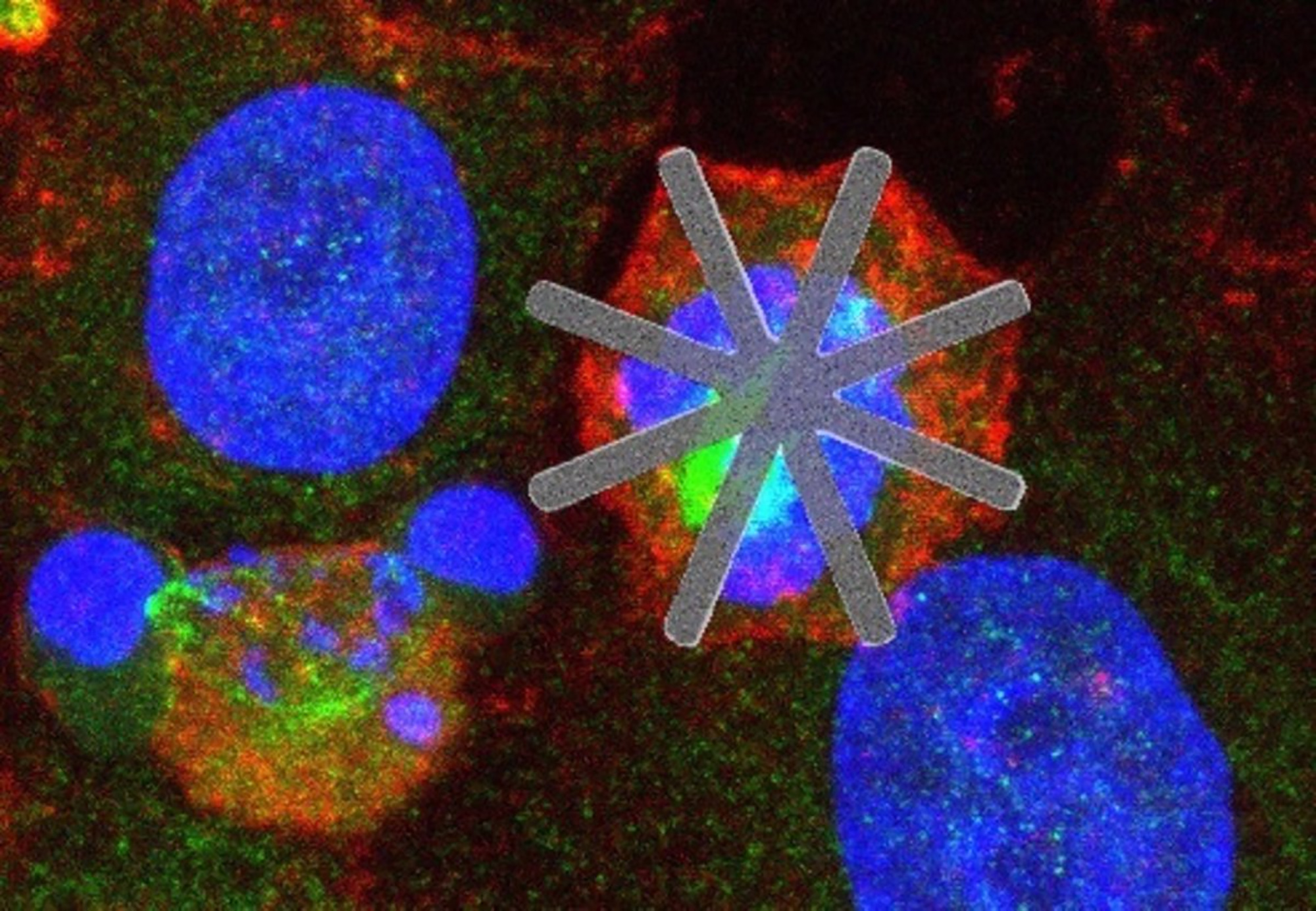 HeLa cell with a star-shaped silicon chip inside cell. (CSIC/Zenger)

Silicon chips 50 nanometres thick, which makes them as thin as a thousandth part of a hair, have been successfully implanted into human cells to monitor life at its most basic level.

Programmed to watch and observe, they can also be programmed to stop cell division or to kill the cells in which they are implanted, offering hopes of new ways of treating cancerous tumors.

The revolutionary new technology being developed by boffins in Spain will allow the study of cell-division processes at a basic level never before possible, and it can also be modified to prevent cell division and cause cell death.

The study carried out in Spain, which included the University of Barcelona, opens new lines of research in the field of nanomedicine.

Traditionally, progress in the study of cell function and treatment of diseases has relied on the use of chemical tools. But the physical basis of cell behavior has been ignored.

In recent decades, the scientific community has confirmed that for cells to function and work properly, the mechanical part underlying cell behaviour is as important as the chemical.

The new research proposes using nanochips as a drug and for the study of cell mechanics.

These devices modify the normal functioning of cells and, when properly designed, can cause the death of the cells they enter.

Thus, by targeting a specific cell population, such as tumour cells, these nanochips could be used for their selective destruction, without affecting other cells.

Jose Antonio Plaza, a researcher at the Institute of Microelectronics of Barcelona (IMB-CNM-CSIC) and project coordinator, said: “The devices can be designed with a high control of their shapes and dimensions at the scale of microns and nanometres.

“Specifically, the manufactured devices are star-shaped, with a 22 µm diameter and thicknesses ranging from 50 to 500 nm. They are made of silicon and their star-shaped geometry resembles a mesh of nanofibers.”

These devices have been developed in the Micro and Nanofabrication Clean Room of the IMB-CNM-CSIC, a Unique Scientific and Technical Infrastructure (ICTS for its Spanish acronym) of the Spanish Ministry of Science and Innovation.

Maria Isabel Arjona, a researcher at the IMB-CNM-CSIC, commented on the potential of this work saying: “The capacity to manufacture millions of silicon chips of rigorously accurate size and shape will allow the design of new tools that will facilitate the exploration of cellular mechanics from innovative perspectives, as well as to contribute to the knowledge of intracellular processes.”

The research demonstrates how physical objects mechanically interfere with the cell cycle and alter it.

Teresa Suarez, a researcher at the CIB-Margarita Salas added: “Preventing cell division or slowing it down by means of a mechanical obstacle can cause cell death and can be key in future medical treatments. Our research shows that these tools could be an innovative starting point for the study of different diseases, such as cancer.”

This research has been completely funded with public grants from the Spanish Government, and the results have been published in the journal Advanced Materials.