Egypt Finds Temple Dedicated To Zeus – King Of The Gods 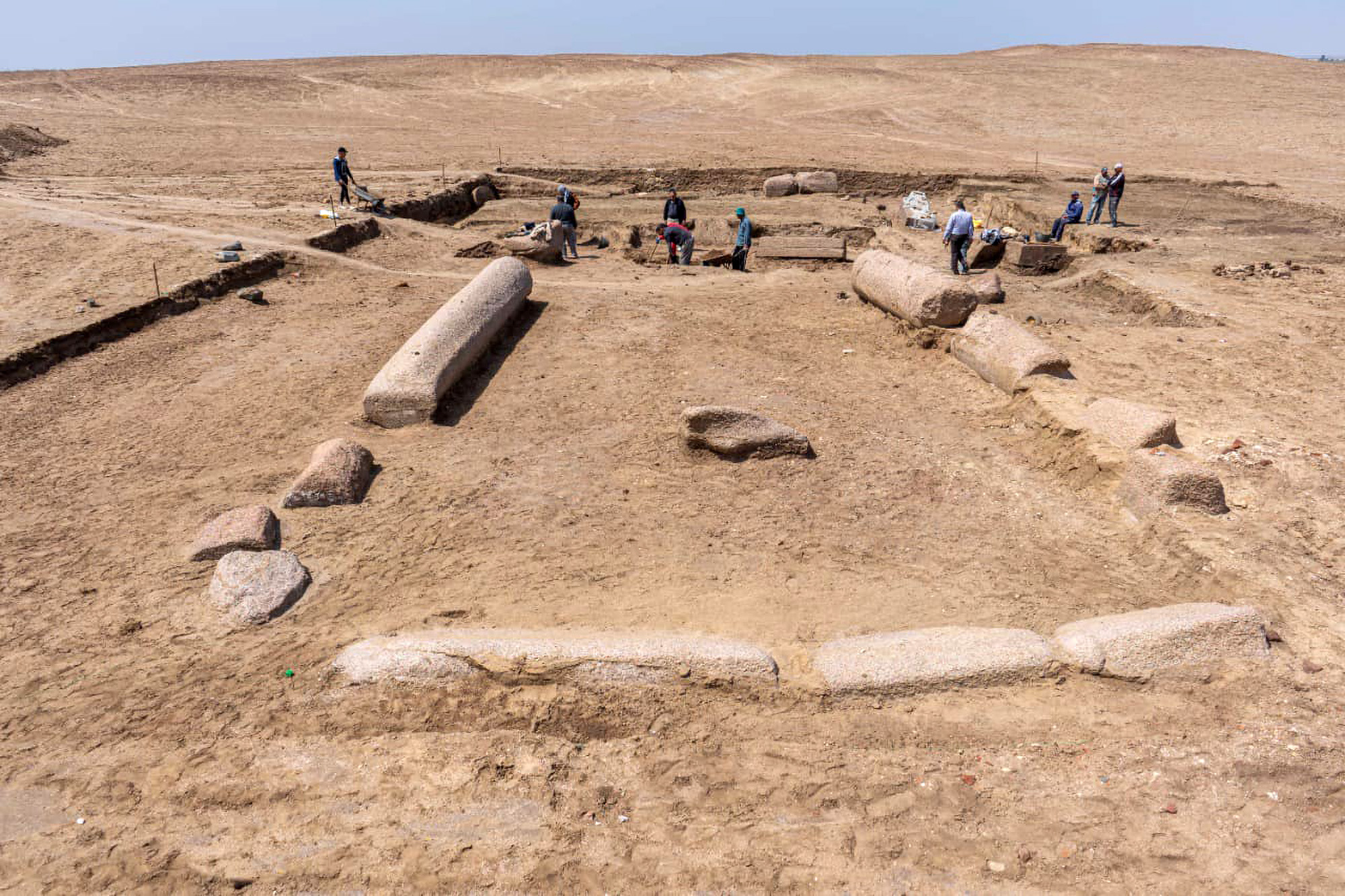 Ministry of Tourism and Antiquities announced on 25th April 2022 that the Egyptian archaeologists unearthed the ruins of a temple for the ancient Greek god Zeus in the Tell el-Farma archaeological site in northwestern Sinai. (@tourismandantiq/Zenger)

Archaeologists have unearthed the remains of an ancient temple to Zeus – the god of the sky in ancient Greek mythology – in Egypt’s Sinai Peninsula.

The ruins were unearthed at Tell el-Farma – an archaeological area in the northwest of the peninsula – said the Egyptian Ministry of Tourism and Antiquities.

The site – also referred to as Pelusium, its bygone name – dates to the later Pharaonic period.

It was additionally used in Greco-Roman and in Byzantine times and boasts remains dating back to the Christian and the early Islamic time periods.

The secretary-general of the Supreme Council of Antiquities of Egypt, Mostafa Waziri, said the team excavated the ruins via the temple entrance gate.

The secretary-general said the remains were uncovered between a memorial church located at the archaeological site and the Pelusium Fort.

The team discovered several blocks of granite likely having formed a set of stairs for the faithful to arrive at the religious site.

Excavations around the site date to the beginning of the 1900s, when Jean Cledat – an Egyptologist from France – discovered inscriptions in Ancient Greek.

These inscriptions proved the Zeus-Kasios temple’s existence. However, Cledat did not uncover the religious site.

Kasios, or Casius, is a surname of Zeus, with the name either deriving from Casion, near Pelusium, or Mount Kasios – also called Jebel Aqra – in Syria, on the Turkish border.

Hisham Hussein, director of archaeological sites in Sinai, said that inscriptions discovered in the region suggest that the temple was renovated by Hadrian.

Hadrian was Roman emperor from 117 to 138. Among other things, he is known for building Hadrian’s Wall, which marked the northern limit of Britannia.

Hussein said the uncovered blocks would be studied by experts and that a photogrammetry survey would be carried out to determine the design of the temple.

The remains are the last in a line of archaeological discoveries officials in Cairo have been publicizing in recent years so as to attract greater numbers of tourists to Egypt.

The transcontinental country’s tourism industry was hit hard after the turmoil that followed the uprising in 2011 that deposed of the country’s longstanding leader, Hosni Mubarak.

The subsequent COVID-19 pandemic and the Russian invasion of Ukraine have added to the country’s tourism woes, given the large numbers of Russian tourists that typically visit the country.

«Previous Post
Pensioner With No Car Spends £4,000 To Fix Holes In Road»Next Post
Burglar Who Raided 20,000 Homes Offers Tips On How To Be Safe From Crooks