VIDEO: UK Made Missile Blows Up Russian Tank In Ukraine 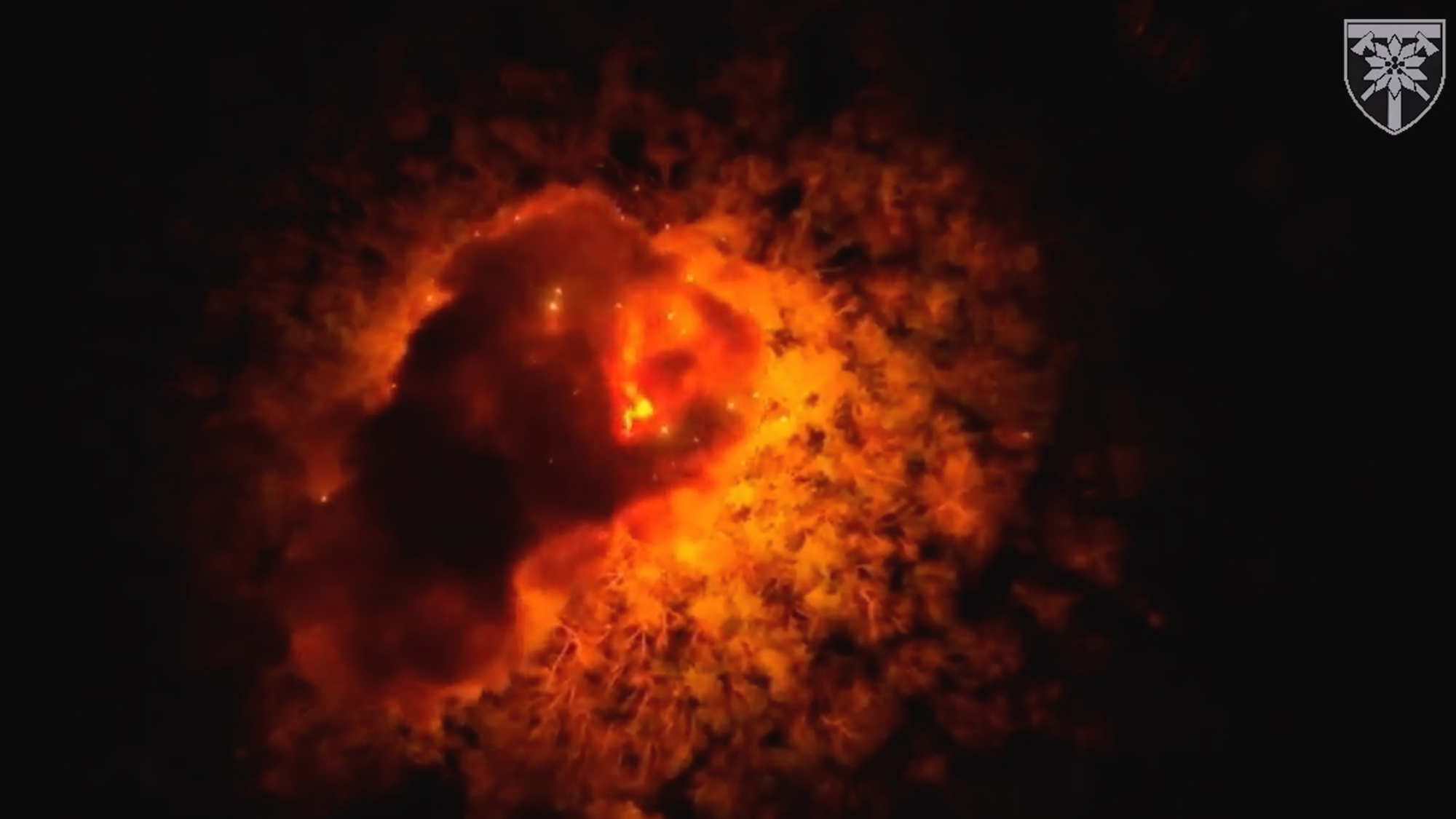 The huge explosion of the Russian tank that was destroyed by the Transcarpathian 128 brigade in Ukraine with NLAW the British made an anti-tank missile system. (@128brigade/Zenger)

This aerial footage apparently shows a Russian tank spewing flames and then exploding in a fireball following a strike from a British-made missile system.

“The tank was hit by an NLAW anti-tank missile system made in Great Britain and Sweden.

“The tandem missile pierced the armor of the T-72 from above and destroyed the target, the crew died instantly.

“Video from the drone captures how the destroyed tank burns from the inside, the smoke even travels through the barrel of the gun. And in a few seconds the ammunition detonated – the tank exploded, its turret was blown off and thrown a few meters.

“The enchanting night video of the explosion of a Russian tank burning in the woods is more spectacular than any computer graphics of Hollywood blockbusters. It shows the real impressive power of the NLAW anti-tank missile, which together with the American Javelin and the Ukrainian Stugna has become a real horror for the crews and troops of Russian armored vehicles.”

The brigade did not say where the strike took place.

NLAW stands for Next generation Light Anti-tank Weapon. It is manufactured mainly by Saab Bofors Dynamics – in Karlskoga and Linkoeping, Sweden – and Thales Air Defence – in Belfast, Northern Ireland.

The United Kingdom has supplied thousands of NLAW systems to Ukraine, with a senior Ukrainian military officer claiming they were the “weapon of choice” for his troops, responsible for 30 to 40 percent of Russian tanks destroyed.

The T-72 is a family of Soviet/Russian main battle tanks that entered production in 1969 and now has over 40 operators worldwide.

Russian troops invaded Ukraine on 24th February in what the Kremlin is now calling a “special military operation” to “protect Donbas”, the eastern Ukrainian region home to a large number of Russian speakers.