The footage was filmed at the Azovstal iron and steelworks plant in the city of Mariupol.
By Lee Bullen April 27, 2022
Facebook
Twitter
Linkedin
Email 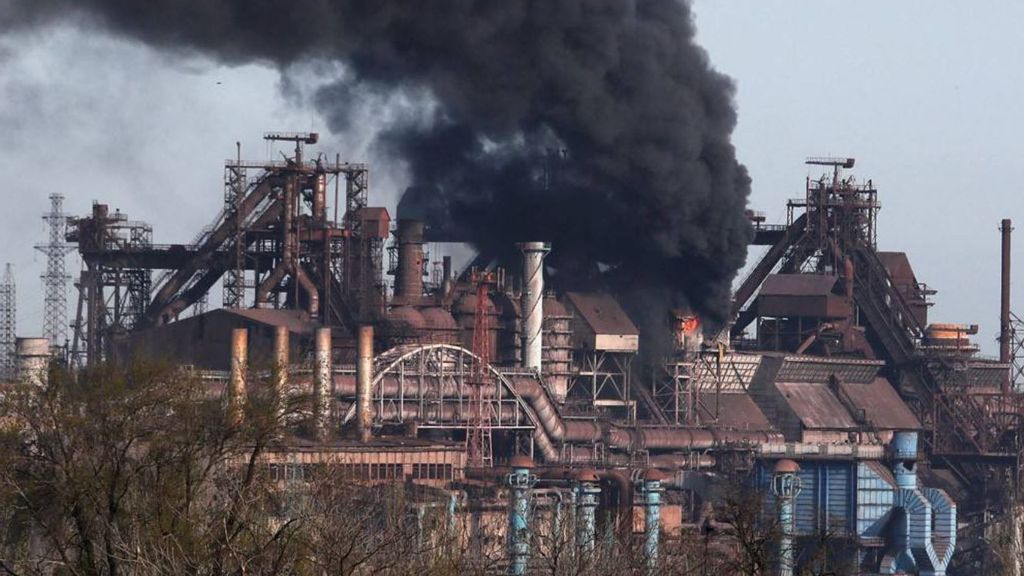 The aftermath of the shelling at the Azovstal plant, in Mariupol, Ukraine on 26th April. (@Polk_Azov/Zenger)

This is the moment Ukrainian resistance fighters help an elderly woman – seen trembling in shock – onto a bed in a basement in the Azovstal plant as defence sirens blare amid 35 reported airstrikes in just 24 hours.

The footage was filmed at the Azovstal iron and steelworks plant in the city of Mariupol.

Russian troops stormed the area on 19th April and destroyed large areas, however, pockets of organised resistance fighters remain at the plant, refusing to surrender to the invaders’ demands.

The Azov Battalion, a unit of the National Guard of Ukraine based in Mariupol, said on 26th April: “The Azovstal plant, which houses the defenders of Mariupol where civilians are hiding from the bombs in basements, continues to be struck by enemy fire. In the past 24 hours alone, 35 airstrikes were carried out, during which one of the stores caught fire.

“Most importantly, the affected civilians who are now trapped. Soldiers of the Azov Battalion provided first aid and make every effort to free civilians from the rubble.”

In the footage, a soldier and a helper are seen assisting an elderly woman, apparently trembling in shock, onto a bed.

Russia invaded Ukraine on 24th February in what the Kremlin called a “special military operation”. Today marks the 62nd day of the invasion.

From 24th February to 26th April, the total combat losses of Russian troops stand at nearly 22,100 personnel, according to the General Staff of the Armed Forces of Ukraine.