Zenger News obtained footage of the devastation from the General Staff of the Armed Forces of Ukraine on Monday, April 25th.
By William McGee April 27, 2022
Facebook
Twitter
Linkedin
Email 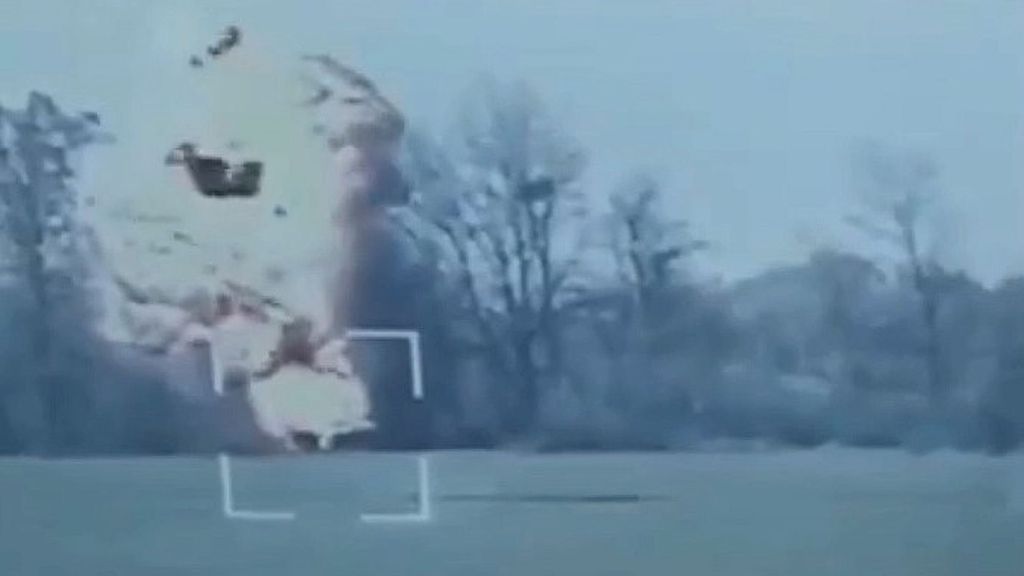 The Armed Forces of Ukraine in the Kharkiv region, Ukraine, destroyed 4 enemy tanks from the Stugna-P anti-tank missile system, in April, 2022. (@GeneralStaffZSU/Zenger).

Ukrainian army chiefs are showing off the remarkable destruction of four Russian tanks in as many minutes by a single missile operator.

Zenger News obtained footage of the devastation from the General Staff of the Armed Forces of Ukraine (AFU) last night (Monday, April 25th).

The General Staff of the AFU said: “In four minutes, four tanks were destroyed. Calculation of Stugna-P. Izyum direction.”

“During the current day, 25th April, the Joint Forces’ troops successfully repelled six enemy attacks. Thanks to their skillful actions and prowess, our soldiers inflicted losses upon the Russian occupiers.

The Stugna-P is a Ukrainian anti-tank guided missile (ATGM) system developed by the Luch Design Bureau, which is headquartered in Kyiv.

It was famously used earlier this month, on 5th April, to down a Russian Kamov Ka-52 attack helicopter.

Izium is a city and district in the Kharkiv region in eastern Ukraine. The city of Izium is currently under Russian occupation.

From 2014 until 2018, the Joint Forces Operation (JFO) was called the Anti-Terrorist Operation (ATO).

The ATO was a military counter-offensive launched by Ukraine against pro-Russian forces in April 2014.

The meeting will take place amid the warning by Russian Foreign Minister Sergei Lavrov of the “real” threat of World War Three breaking out.

Lavrov also said there was a “considerable” risk of the conflict escalating to nuclear weapons, but Ukrainian Foreign Minister Dmytro Kuleba responded that his Russian counterpart was just trying to “scare the world off supporting Ukraine”.

Russia earlier claimed responsibility for the destruction of six substations powering Ukrainian railways, which the Kremlin said were used to transport foreign weapons.

UK Defence Secretary Ben Wallace said around 15,000 Russian troops had been killed since the invasion began, on 24th February.

The invasion, which Moscow is calling a “special military operation”, is now in its 62nd day.