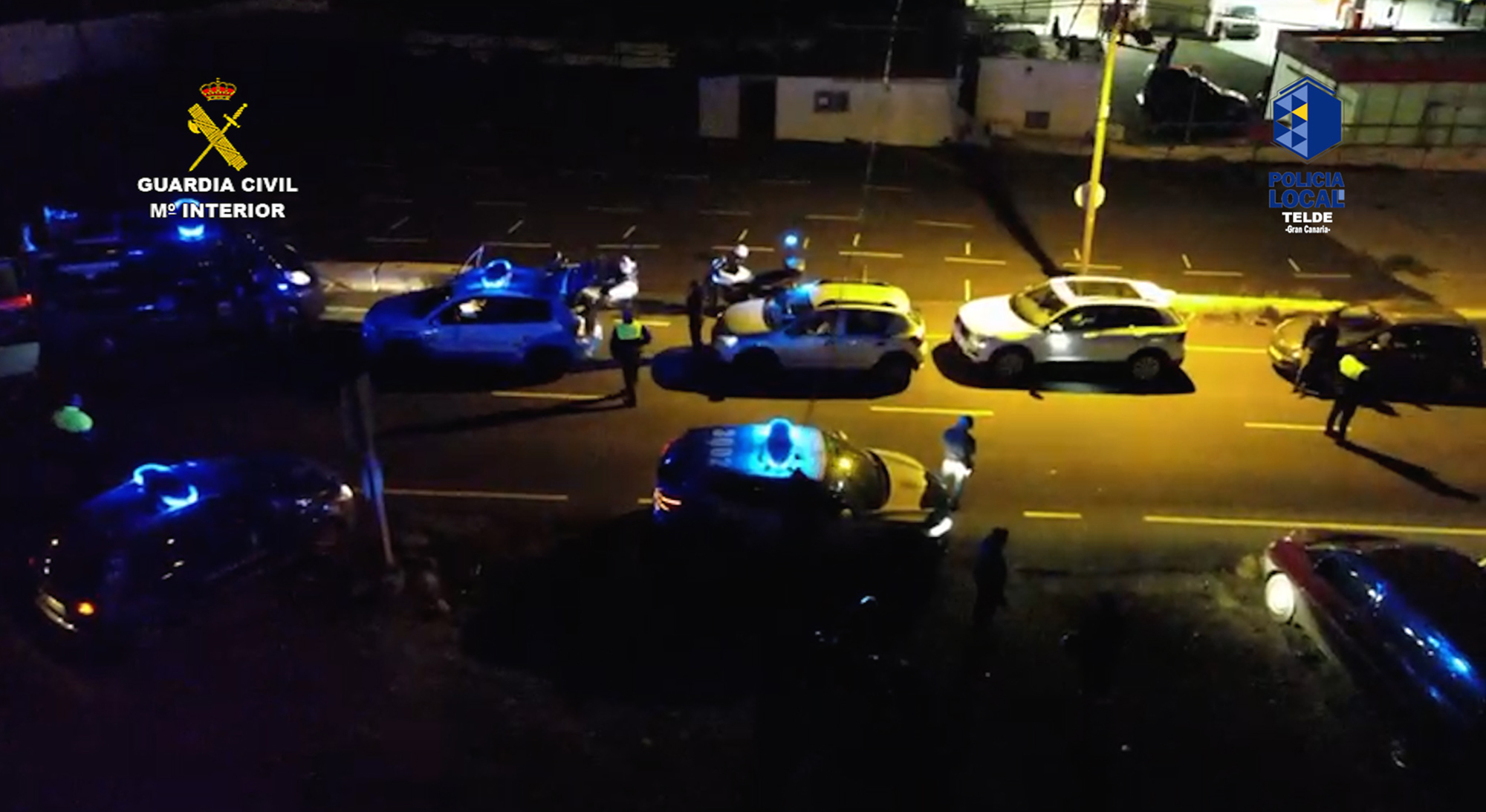 Police have arrested 42 people and seized 40 vehicles used in the illegal street races, in Telde, Spain, in April, 2022. (Zenger)

A massive illegal road racing ring that used local motorways has been busted by Spanish police who have arrested 42 people and seized more than 40 vehicles.

The Spanish Civil Guard said in a statement on April 24th: “Officers intervened in the middle of the illegal race, arrested 42 people, and investigated another six for crimes against road safety.

“Forty vehicles used in the races were seized and impounded and a large number of complaints have been filed against the Road Safety Law, the General Vehicle Regulations and the Citizen Security Law.”

Police said that the racers positioned themselves in parallel in the middle of the GC-1 motorway and that the races were watched by a large group of spectators.

The Civil Guard stated: “The Civil Guard and the Telde Local Police, during the so-called ‘TODOGASGC’ operation, have arrested 42 people and investigated another six people for crimes against road safety for their participation in illegal races.

“Agents from both police forces detected that illegal races were being carried out along different routes in Telde.

“The participants of the illegal races used an alert system to warn of police presence in the area and therefore resume the races when officers left the area.

“For over three months, a police operation was designed based on discreet and remote surveillance with camouflaged vehicles and police drones that would help capture images that showed the true scope of the activities being carried out.

“The researchers were able to verify how, when competing, participants positioned themselves in parallel across the CG-1, slowed down its normal circulation, and started the competition using the agreed signal: 3 honks of the horn.

“In these competitions, both passenger cars and mechanically modified mopeds to increase their power and speed were used.”

The police said that racers “passed other road users simultaneously on both the left and right sides, causing a serious risk to road safety”.

The statement added: “An added risk to these illegal competitions was the presence of a large crowd who, lacking any type of safety measure (reflective vests), stood on the hard shoulder and in the joining lanes of the GC-1 to watch the race.

“It was also suspected that the consumption of narcotic substances was promoted during these events.

“The Civil Guard and the Telde Local Police carried out the first phase on March 31, carrying out a large police operation in which over 50 police officers participated.”