Ivan Luca Vavassori, 29, left his home in Italy to fight in Ukraine with the approval of the embassy in Kyiv.
By Lee Bullen April 27, 2022
Facebook
Twitter
Linkedin
Email 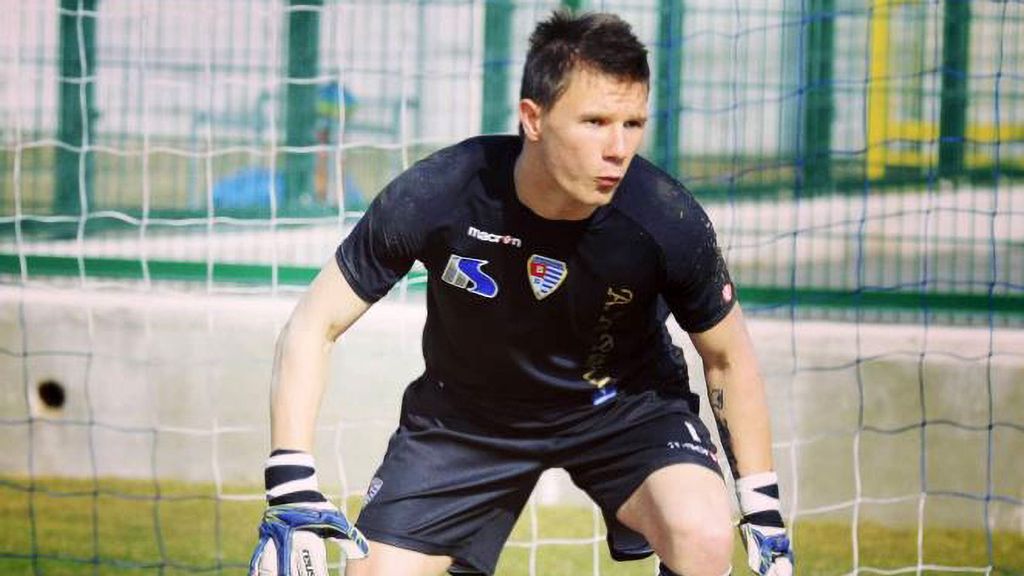 Ivan Luca Vavassori, 29-year-old former footballer who enlisted in the international brigade under the Kiev troops, was shot during an attack on Mariupol, Ukraine, in April, 2022. (@ivan.luca.92/Zenger)

A former Italian goalkeeper has been wounded in battle as he helped save Ukraine from Russian invaders.

Ivan Luca Vavassori, 29, hung up his goalkeeping gloves and left his home in Italy to fight in Ukraine with the approval of the embassy in Kyiv.

He has been sharing information about his experiences on social media, but suddenly went off the radar near Mariupol for three days with family members fearing the worst.

The former goalkeeper – who used to play for Aurora Pro Patria 1919 in Italy’s Serie C – said in an ominous earlier message: “Ours will be a suicide mission because we have very few units against an entire army.”

He added on 18th April: “The soldier prays more than all the others for peace because it is he who must leave and bear the deepest wounds and scars of war.”

Vavassori was born in Russia and then adopted by Pietro Vavassori and businesswoman Alessandra Sgarella, who was kidnapped and held by the ‘Ndrangheta mafia for 10 months in 1997.

He was thought to have been killed or captured in a recent Russian attack.

His father said on the night of 24th April: “We are sorry to inform you that last night, during the retreat of some wounded in an attack on Mariupol, two convoys were destroyed by the Russian army.

“In one of these there was perhaps also Ivan, together with the 4th Regiment.

“We are trying to understand if there are survivors. We will inform you through the two Instagram and Facebook pages that Ivan has left us to manage.”

However, Pietro later confirmed that his son was safe but wounded in battle.

It is unclear what injuries Ivan suffered and if he plans to return to Italy and end his service in Ukraine.

Many Europeans have traveled to defend Ukraine’s sovereignty.

Russia invaded Ukraine on 24th February in what the Kremlin called a “special military operation”.

Today marks the 62nd day of the invasion.