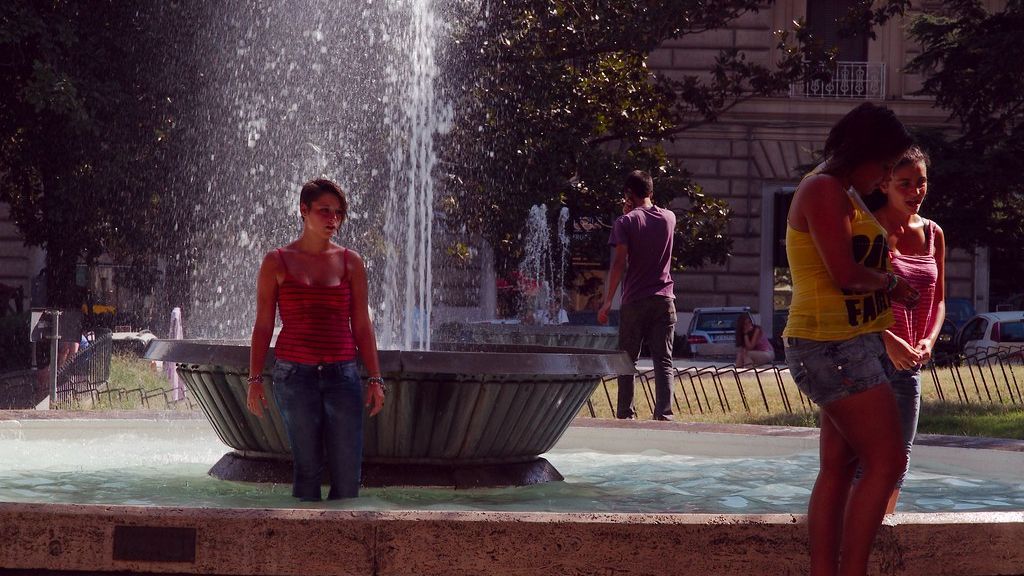 Cooling off during a hot summer in Naples, Italy. (Frans de Wit/Flickr)

The summer of 2021 redefined dangerously hot for many parts of the globe.

Both daily and all-time high temperature records were shattered last summer as heat waves baked portions of the Northern Hemisphere. In a newly released report, climate scientists say that summer was the hottest on record for Europe.

For the summer of 2021, the average overall temperature recorded across Europe climbed 1.8 degrees Fahrenheit (1 degree Celsius) above the climatological average from the previous three decades (defined as 1991 to 2020), according to the European Union’s Copernicus Climate Change Service (CCCS) report.

While 1.8 degrees Fahrenheit or a single degree Celsius may not seem like much of an increase, AccuWeather forecasters say it is significant.

“Keep in mind that this above-average warmth is on a continental scale,” said Tyler Roys, AccuWeather senior meteorologist. “It is incredibly hard to get the entire continent to warm up at one time, but extreme warmth in different portions of the continent will add up over the course of a season.”

The months of June, July and August make up what meteorologists consider climatological summer.

Roys pinpointed an area from Eastern Europe into western Russia as the epicenter for the anomalous summer warmth in 2021. It was not the only area to bake under the unusual summer heat. Italy and the Balkans also recorded higher-than-average temperatures during the same time frame, according to data from the National Oceanic and Atmospheric Administration (NOAA) Physical Sciences Laboratory (PSL).

A blistering temperature of 119.8 F (48.8 C) was recorded last August on Italy’s island of Sicily. If this temperature reading is verified by the World Meteorological Organization (WMO), it will set the all-time high temperature record for the European continent. The process to verify this potential record can take close to a year or more to complete.

Heat during the summer of 2021 even seeped into the northernmost portions of the continent. Places such as Banak, Norway, located well into the Arctic Circle, soared above 90 F (32 C) multiple times in early July 2021. Banak itself topped out at 94 F (34.3 C) last July, which set a record for the site.

The prolonged heat also gave rise to another danger: wildfires.

Several notable wildfires raged on the European continent in the summer of 2021. One in August led to apocalyptic scenes for the Greek island of Evia, where ultimately more than 100,000 acres were charred and thousands of residents were forced to flee their homes.

On the other end of the spectrum, an increased level of heat leads to an elevated amount of moisture in the atmosphere, due to the process of evaporation. When the atmosphere is able to tap into this abundant moisture, destructive results, such as torrential rainfall, can follow.

This scenario played out in a deadly way across portions of Northern and Central Europe last July, when days of unprecedented deluges unleashed one of the worst flooding events the region had ever experienced.

The deadly flooding hit Belgium and Germany the hardest, where dams burst and floodwaters washed away vehicles, buildings and entire roadways. The death toll rose to just over 240 people, with the majority of fatalities occurring in those countries.

In recent memory, residents across Europe likely remember a handful of other years in which stifling heat gripped the continent. The summers of 2019 and 2010 were particularly brutal, according to Roys.

France was at the center of two searing heat waves in June and July in 2019. During the heat wave in July, Paris soared to high temperatures near or above 100 F (37.8 C) for three days straight. More than 1,400 casualties combined were attributed to the heat waves in France alone.