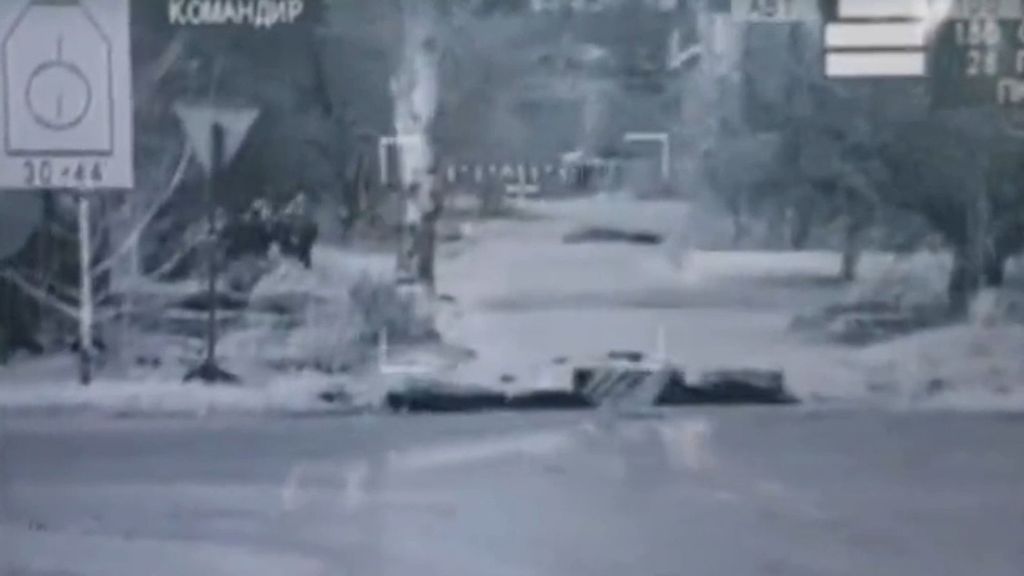 The Ukrainian Army using a BTR-4E Bucephalus cannon to destroy a group of Russian solders, in April, 2022, in Ukraine. (Zenger)

Brutal footage of Russian infantrymen unwittingly entering the crosshairs of an armored car’s deadly cannon has been released by Ukrainian officials.

The BTR-4E is a version of the BTR-4 amphibious 8×8 wheeled IFV.

It is designed by the Kharkiv Morozov Machine Building Design Bureau – a state-owned company in Kharkiv, Ukraine.

It has been in service since 2014 and is reportedly operated by at least five countries, including Ukraine.

The invasion is now in its 61st day.

The General Staff of the AFU reported earlier today that Russia had lost about 21,900 military personnel over the course of the invasion thus far.

The report comes as US Secretary of State Antony Blinken says Russia is failing in all of its war aims in Ukraine, following his short visit to the besieged country.

Meanwhile, civilian deaths have been reported in Kharkiv and Donetsk as Russian shelling continues in the besieged east of the country.

Though the focus of the Russian invasion is now firmly on Ukraine’s eastern Donbas region, Ukrzaliznytsia (Ukrainian Railways) is reporting that five train stations in the center and west of the country have come under attack, resulting in a number of casualties.

The attacks took place within an hour of one another this morning, said Oleksander Kamyshin, who heads the state company.