The incident took place in the city of Fort Smith in Sebastian County in the US state of Arkansas on Sunday morning.
By Lee Bullen April 26, 2022
Facebook
Twitter
Linkedin
Email 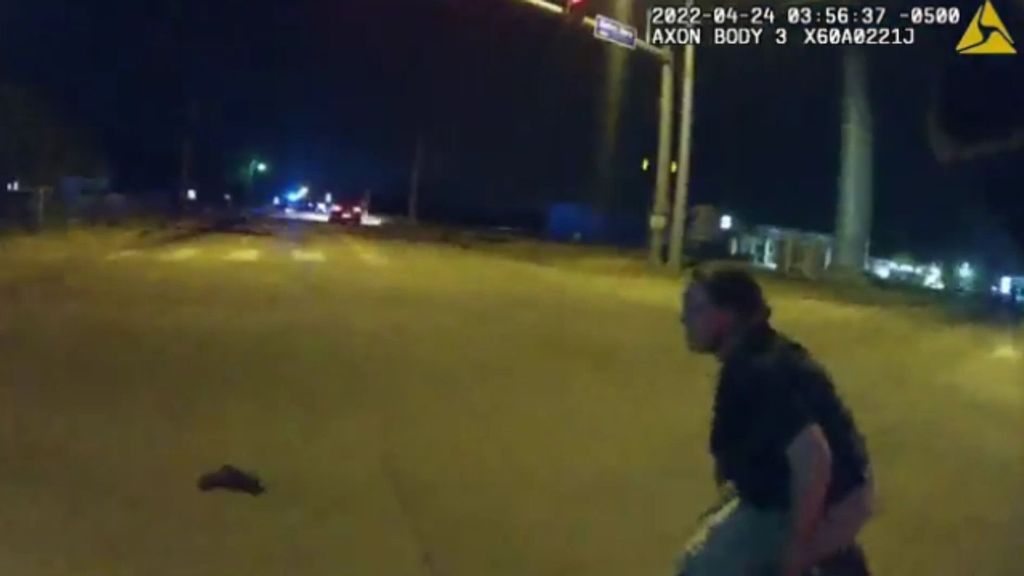 Police officer hurt after being dragged by a car in Fort Smith, Arkansas, USA. (@FortSmithPD/Zenger)

A driver almost caused a severe accident after he sped off and dragged a female cop along the street.

The incident took place in the city of Fort Smith in Sebastian County in the US state of Arkansas on Sunday morning.

Officer Ashley Breedlove reportedly suffered a minor hip injury and a more severe injury to her hand in the incident.

They said that some of her clothing was also ripped in the incident.

The motorist, identified as 22-year-old Jason Edgardo Mayorga, drove past barricades while the police were investigating an earlier hit-and-run collision.

The video shows the car that is a black Volkswagen stopped while the driver is talking to officer Breedlove and another officer standing nearby. But the driver suddenly puts his hand on the wheel and starts to drove off as the officer attempts to stop him.

But she ends up being dragged down the road and narrowly avoids being run over and more seriously injured as the car turns towards her to head off down a different street.

He then fled the scene and was arrested later the same day and is being held at the Sebastian County Adult Detention Center.

Mayorga was booked into jail on charges of aggravated assault after he was later caught.

Meanwhile, cops said that the earlier victim from the hit and run that was being investigated had been taken to hospital. They were reportedly suffering from life-threatening injuries.

Fort Smith Police Department (FSPD) have issued an appeal for witnesses or anyone else to help find a light-coloured early 2000s Cadillac that they believe was linked with the hit and run.

The investigations into both incidents are ongoing, with the images of the man from the officer’s body-worn camera shared on social media with the message: “UPDATE: The suspect has been identified, located, and is set to be interviewed. More information to come. Thank you all for helping spread the word!

“At approximately 4 AM Sunday, April 24, Fort Smith Police Officers were investigating a severe injury hit-and-run accident at 5000 Kelley Highway when a black Volkswagen passenger car ignored traffic barricades and drove into the investigation scene. Officers, at that time, initiated a stop and began speaking to the male driver, who was traveling alone.

“The subject immediately showed signs of impairment. When asked to turn off the engine, he sped away, dragging Officer Ashley Breedlove in the process. Officer Breedlove sustained a minor injury to her hip, torn clothing, and a more serious injury to her hand. If you have any information that can help identify this individual, please dial 911 or call 479-709-5000.”