VIDEO: Puppy Love: Devoted Dogs Lavish Baby With Kisses As They Welcome Her To Family

Brennan Visser posted the video on her TikTok page ‘Winston the Good Boy Golden’ where it has been viewed 18.8 million times.
By Arian Movileanu April 26, 2022
Facebook
Twitter
Linkedin
Email 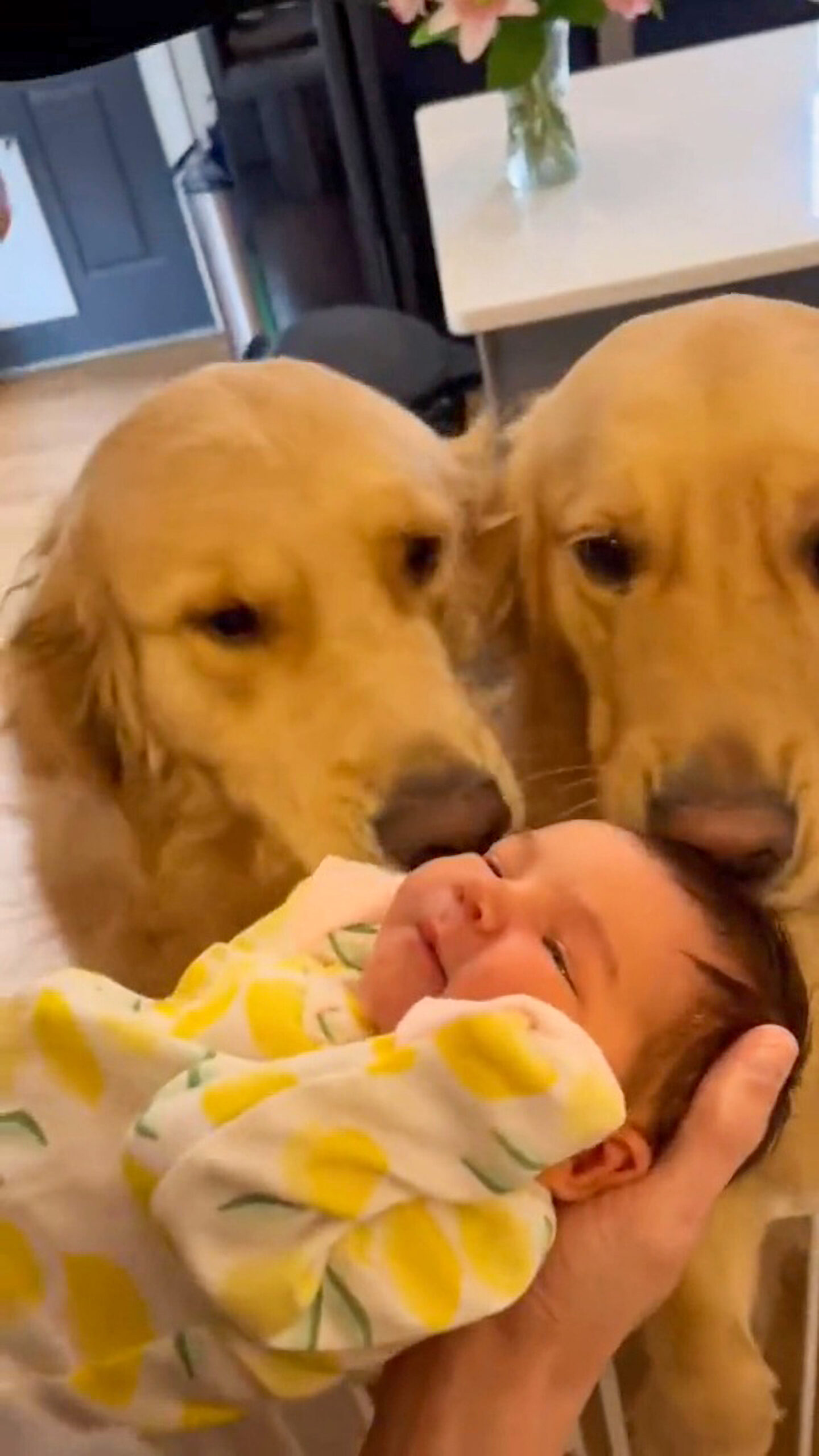 This is the viral moment two devoted pet dogs lavish their love on their family’s newborn baby during a heartwarming introduction.

Brennan Visser, 30, posted the video on her TikTok page ‘Winston the Good Boy Golden’ where it has been viewed an amazing 18.8 million times.

She accompanied the viral clip with the message: “Already the best big brothers. I see lots of kisses and toys in Miller’s future!”

In the footage, Miller is seen being carried into the home by her mum as the two pooches wait excitedly to meet her.

The dogs jump up on a safety gate and sniff at baby Miller before one of them goes off and then brings her a favorite toy.

Brennan says: “Oh, did you bring her a toy?”

The two pooches then lick the baby’s head and seem to be welcoming her into the family.

Brennan, who comes from North Carolina and now lives in Richmond in Virginia, said: “My husband and I thought it was a very sweet moment but we had no idea it would blow up the way it did.

“I think a lot of people really resonated with the video. Also, there really is nothing cuter than babies and dogs!”

She said she got her two dogs, Winston and Doug, from a local kennel when they were eight weeks old.

Brennan told Zenger News: “Winston is three years old and Doug is two years old. We got both of them from Gap View Ranch and Kennel in Broadway, Virginia, and have had them since they were eight weeks old.

“Doug and Winston are a huge part of our family and we don’t expect that to change now that we have a baby. We can’t wait for Miller to grow up with them by her side.

“Just yesterday, Doug was napping and Miller started crying so he got up, went to the other room to find and toy, and brought it over to her.

“He is so attentive and seems so in tune with her – it really is special to watch!”

Both the dogs are Golden Retrievers, a medium-sized British breed of retriever dog that is characterized by a gentle and affectionate nature and a striking golden coat.