The boat, called Albatros, sank near the island of Santa Cruz in the Ecuadorian Galapagos Islands on Saturday.
By Lee Bullen April 26, 2022
Facebook
Twitter
Linkedin
Email 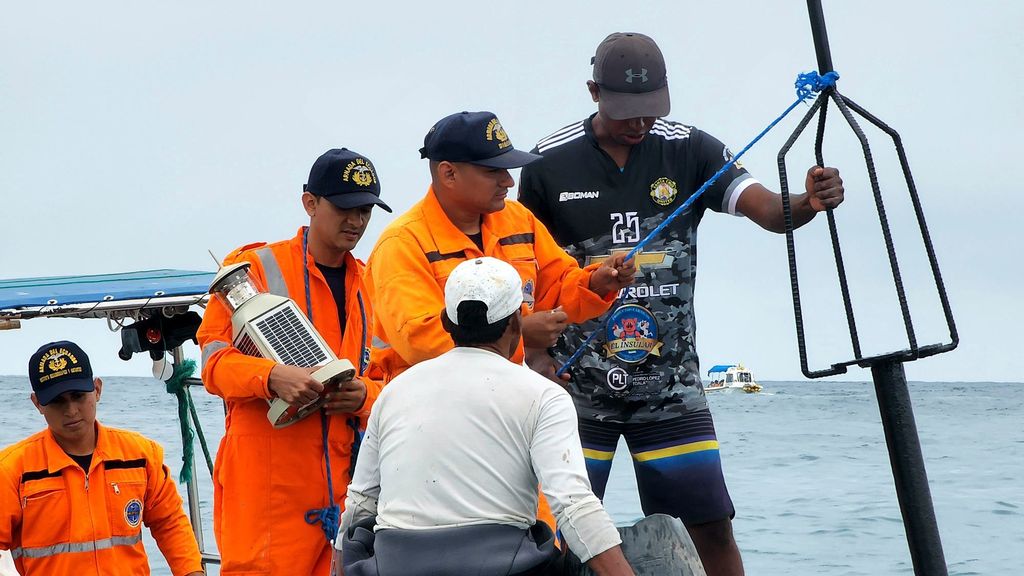 The containment and clean up measures implemented after the sinking of a tourist vessel on Santa Cruz Island, Galapagos National Park, to reduce the impacts on marine ecosystems, in April, 2022. (Galapagos Parque/Zenger)

A diesel boat with 47 barrels of fuel onboard has sunk off the coast of one of the Galapagos Islands, sparking a potential ecological disaster.

The boat, called Albatros, sank near the island of Santa Cruz in the Ecuadorian Galapagos Islands on Saturday.

The state-run oil company Petroecuador confirmed that the vessel went down near Santa Cruz while transporting 47 barrels of diesel, adding that emergency protocols were activated including the placement of containment booms around the affected area.

The company said that four crew members safely escaped from the sinking vessel.

The Galapagos National Park said that a dispersing agent was used to limit the “negative impacts on the environment”, and that attempts were being made to lift the Albatros back to the surface.

In a statement obtained by Zenger News, Galapagos National Park spokesperson Rosa Leon said: “In response to the sinking of the tourist boat ‘Albatros’ in Academy Bay, Santa Cruz Island, we report that the Ministry of Environment, Water and Ecological Transition, through the Directorate of the Galapagos National Park, took immediate action to reduce the impact of the incident on marine ecosystems.

“Containment barriers, bags of hair trimmings, and absorbent cloths were placed in the first area to isolate the fuel released by the sunken vessel.

“It is estimated that it contained 2,000 gallons of diesel fuel at the time of the incident.

“In addition, upon confirmation of the presence of a surface slick of fuel at several points in the bay, aquatic activities were suspended in some areas of the bay.”

The president said in January: “We are declaring a Marine Reserve, measuring 60,000 kilometers squared, equivalent to an area three times greater than the size of Belize, around the Galapagos Islands.”

The last reported spill near the Islands took place in 2019 at San Cristobal Island when a barge sank.