VIDEO: Got The Hump: Tourist Terror As Boat Launches Into The Air After Striking Humpback Whale

Five tourists were hurt in the bizarre collision, with three kept in hospital and one reportedly seriously injured.
By Lee Bullen April 26, 2022
Facebook
Twitter
Linkedin
Email 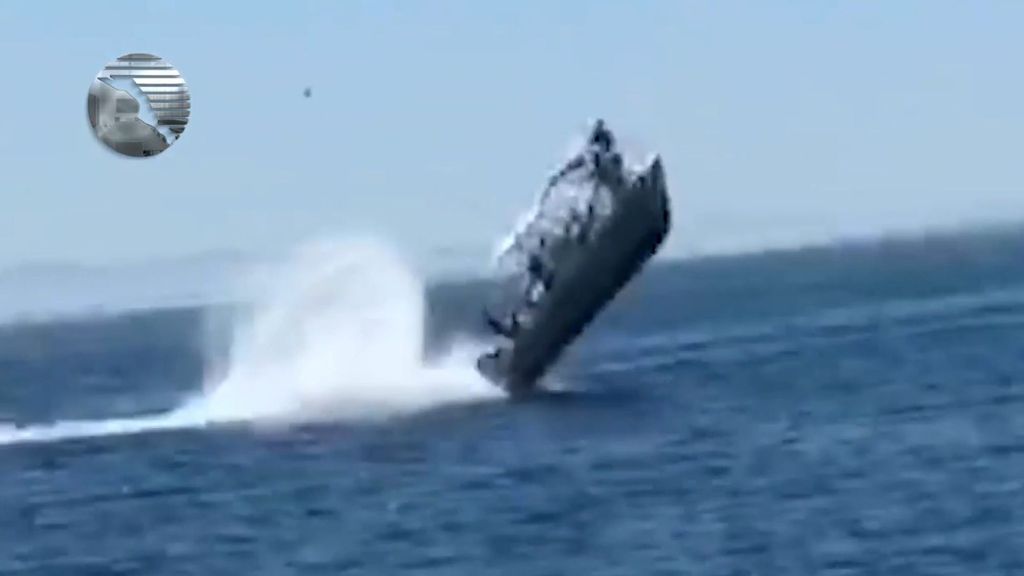 A Whale shark collided with a boat leaving three minors and two adults with injuries, on 22 April, in Baja, Mexico. (SSPCBCS/Zenger)

Terrified tourists were catapulted into the air when their guide boat smashed into a giant humpback whale and was thrown into the air off the coast of Mexico.

Five tourists were hurt in the bizarre collision, with three kept in hospital and one reportedly seriously injured.

Their boat is said to have hit the whale – Megaptera novaeangliae – off the coast of La Paz in the Mexican state of Baja California on April 22nd.

Shocking video footage of the collision shows the boat being hurled high into the air as passengers are catapulted into the sea.

According to local reports, an investigation is underway as tour boats should keep a safe distance from marine animals at all times.

The state’s Civil Protection authority shared footage of the incident, apparently showing tourists crashing through the boat’s awning as they are thrown high into the air following the collision.

Civil Protection spokesperson Benjamin Garcia told local media that the boat’s operators may not have known the whale was underwater in the area, stating: “The whale came up from the sea and that is when it pushed the boat, with some passengers falling and suffering injuries.

“Three people were hospitalized, one of them seriously, and two others were treated at the port.”

Garcia explained that a Mexican Navy rescue unit attended the scene and transferred the injured tourists to medical centers.

He said the boat was carrying out a trip to Isla Espiritu Santo in the Gulf of California and was returning to the port of La Paz when the incident took place.

Garcia stated that the state Attorney General’s Office will investigate the incident to determine if the tour operator was at fault following claims that the vessel was exceeding the speed limit when the collision took place.

It is unclear if the whale was badly injured as a result of the collision.

From January through to April Baja is billed as possibly the world’s best place for whale watching. with many different species including humpbacks, blue, orca, minke, fin, Bryde’s, sperm, sei, and the iconic grey whales of the eastern Pacific.

Whales start arriving in the waters surrounding Baja in December, making the following months the best whale watching season as the females move towards the calving lagoons.

The warm waters are protected with a plentiful food supply making it a good place for the whales to give birth.

Whale watching tours are a growing attraction in the region, so the risk of such collisions are increasingly likely.